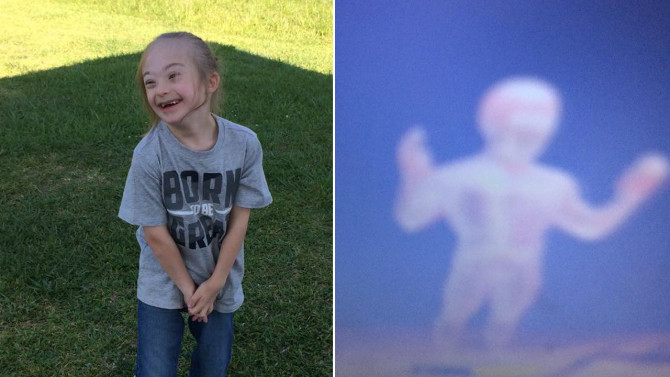 A photographer was left stunned when her nonverbal son with Down syndrome took a spectacular photo of what she believes is his guardian angel.

Seven-year-old Aasher Liles, named by his parents with an extra A to reflect his extra chromosome, took the photo using his mother Kerri’s cell phone on a flight home to Houston, Texas.

When she took her phone back and scrolled through her camera roll, she was astonished by what she saw. 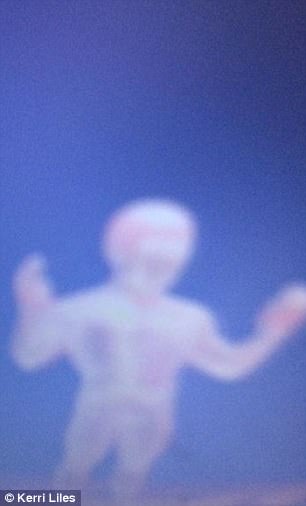 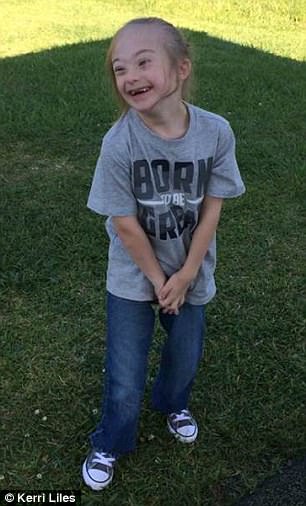 Seven-year-old Aasher Liles, named by his parents with an extra A to reflect his extra chromosome, took the photo using his mother Kerri’s cell phone on a flight home to Houston, Texas

Ms Liles wrote on her Facebook page: ‘Yesterday we were flying back to Houston from Washington and my 7 year old, who’s recently become obsessed with taking pictures with our cell phones, wanted to take some pictures out of the window after I had reached across him to take one myself.

‘After he took a few dozen, I took the phone back and later went through the images to delete since my storage was getting low.

‘As I was deleting, I came across this one close to the middle of all of his cloud and plane wing pics.’ 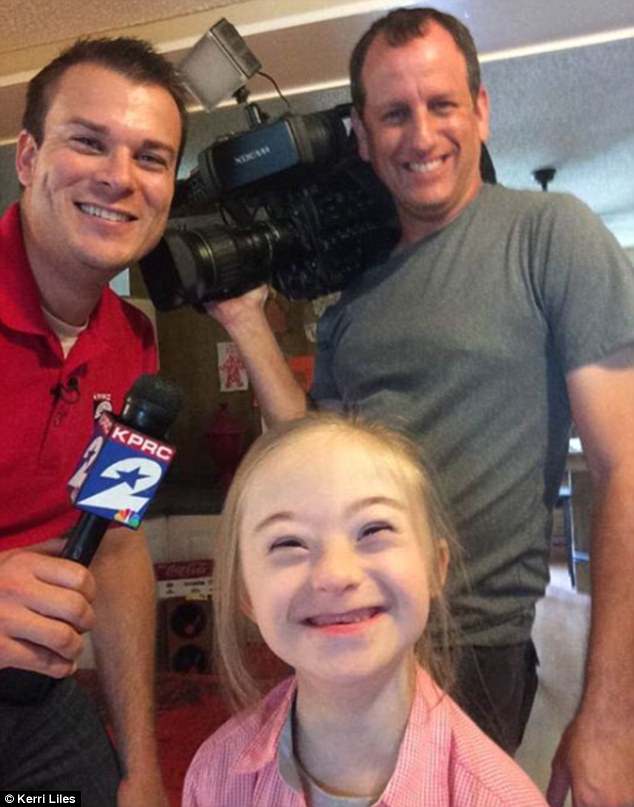 Speaking to Chron.com, she added: ‘We’ve known for a long time that AAsher has a sixth sense about others’ needs. Whether it be a hug or a smile. He just seems to gravitate to strangers in need.

‘He will let us know when he sees something by pointing and flapping his arms like wings. So, we’ve known he can see angels that surround him.

‘I do believe that he captured his angel out the window that day to bring him comfort in a rather bumpy takeoff.’

By CHARLIE MOORE for DailyMail.co.uk