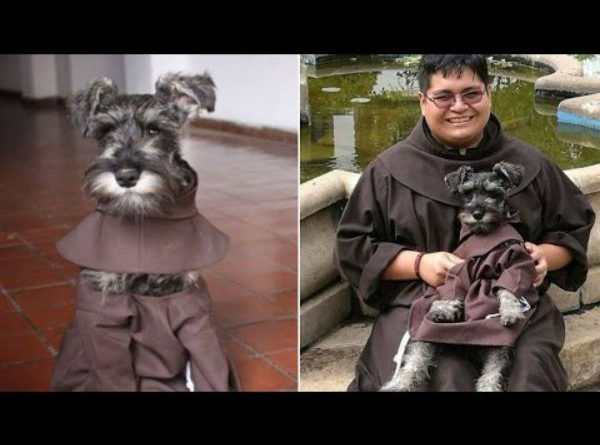 “A dog is the only thing on earth that loves you more than he loves himself.”

And we Storypickers are firm believers of this saying. Hey, maybe that’s why we have introduced you to adorable pooches like Dew, Loubie, Kenobi and Bubba. Check out their adventures (if you haven’t already, you’re gonna love them). But first, let me introduce you to the most religious dog on planet earth.

In the Franciscan monastery of Cochabamba, Bolivia, a new monk is catching everyone’s attention. Named Carmelo, it is an adorable little furry pooch. 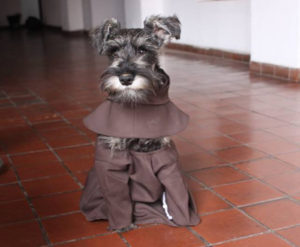 According to Catholic traditions, St. Francis of Assisi is the patron saint of animals. And that’s why Carmelo joining the order is probably apt. 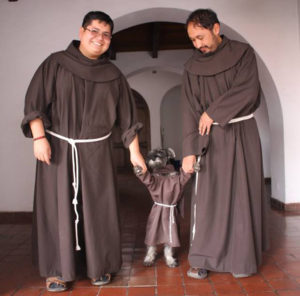 The cute monk has also been given a formal title, ‘Friar Bigotón’ (meaning ‘moustache’ in Spanish). 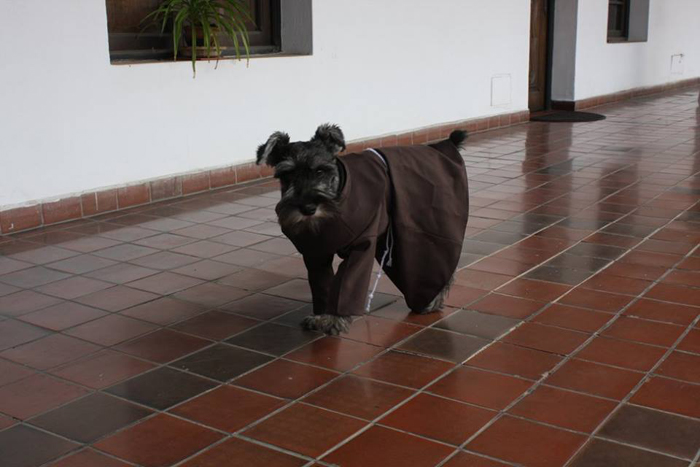 The dog has also been given a Franciscan habit (religious clothes) to wear. 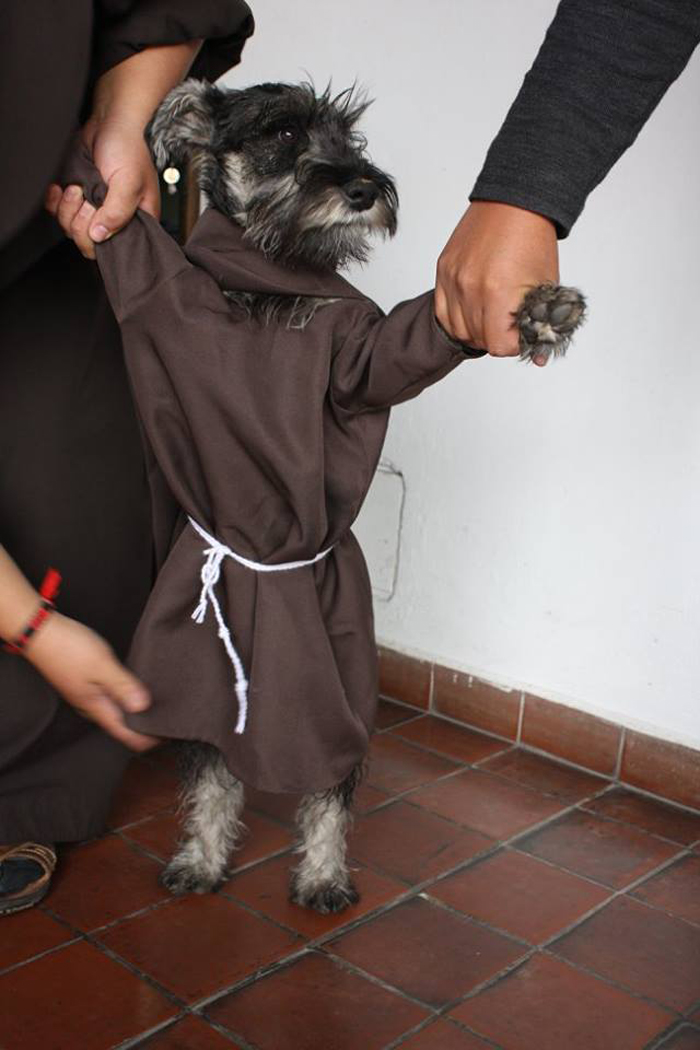 Before being taken in at the monastery, Friar Bigotón used to be a stray dog. Now, he is the most popular guy at the holy place. Jorge Fernandez, another friar said, 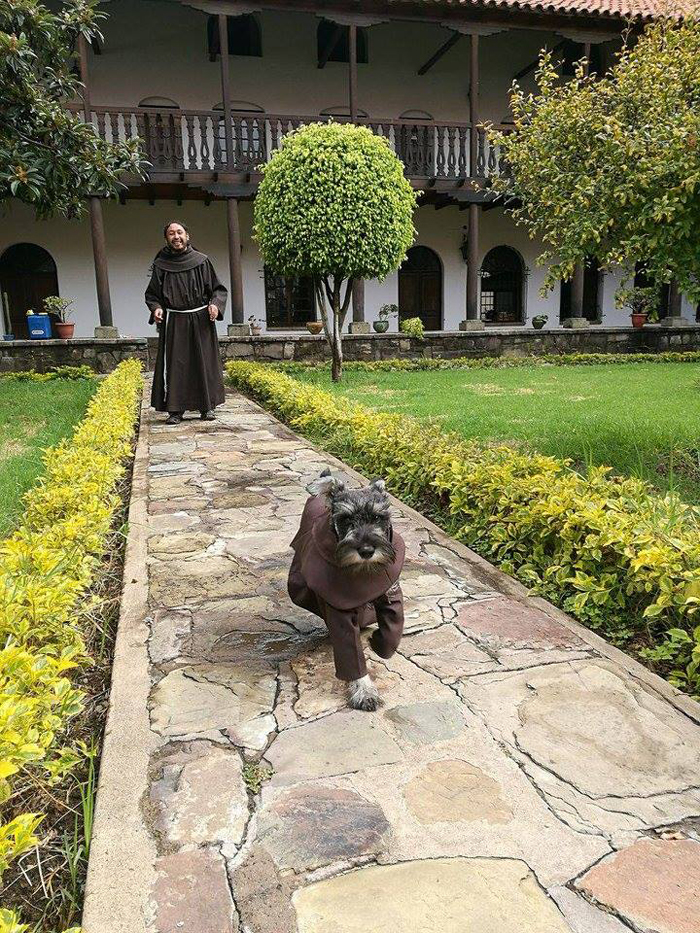 “HIS LIFE IS ALL ABOUT PLAYING AND RUNNING. HERE, ALL OF THE BROTHERS LOVE HIM VERY MUCH. HE IS A CREATURE OF GOD.”

A local animal rescue group, named Proyecto Narices Frías (Cold Nose Project) made this adoption possible and they hope that other monasteries will follow suit. 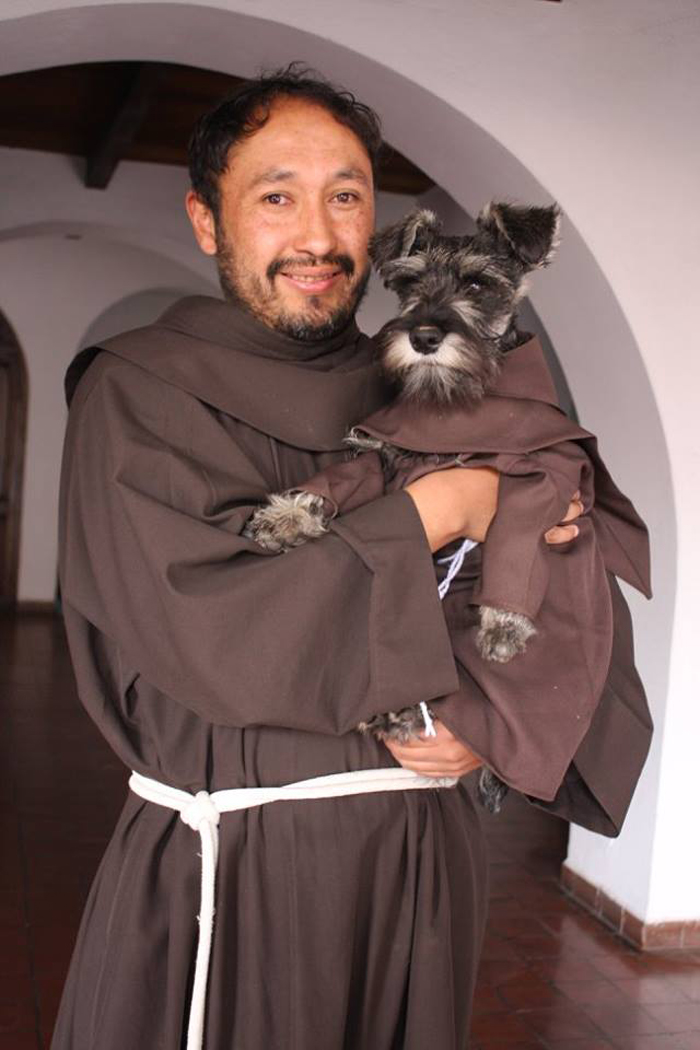 Check out some more adorable pictures of the cute monk.

1. Having some fun with a fellow friar 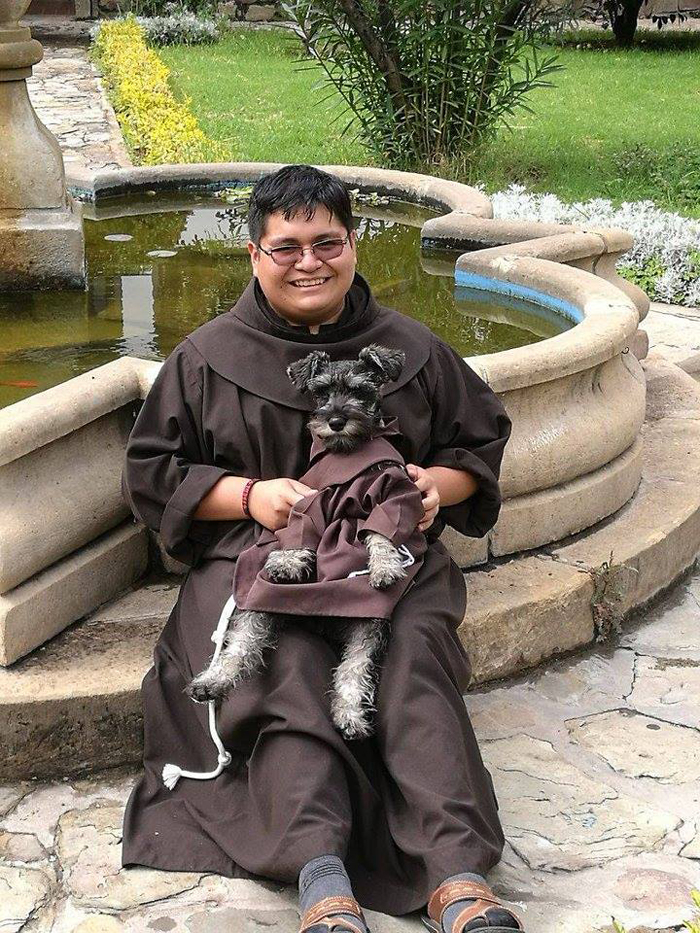 2. Preaching to the fishes 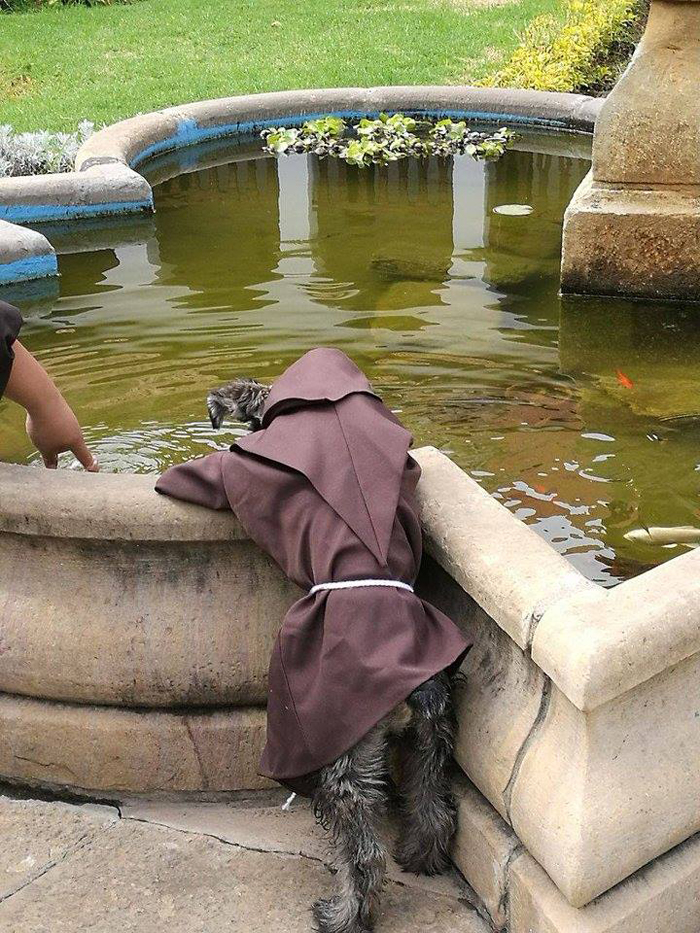 3. And preaching a little more 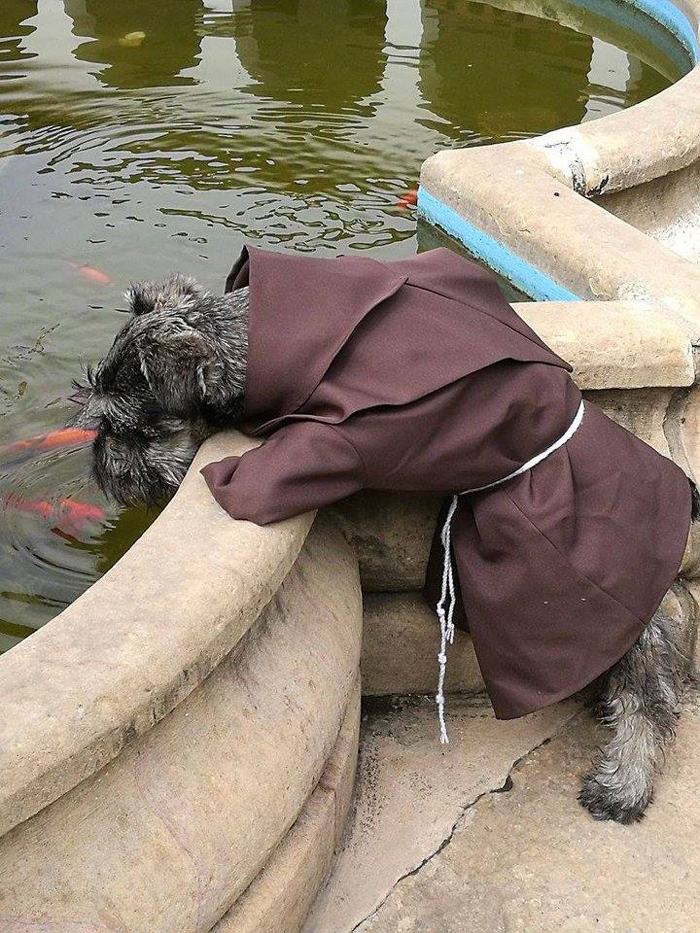 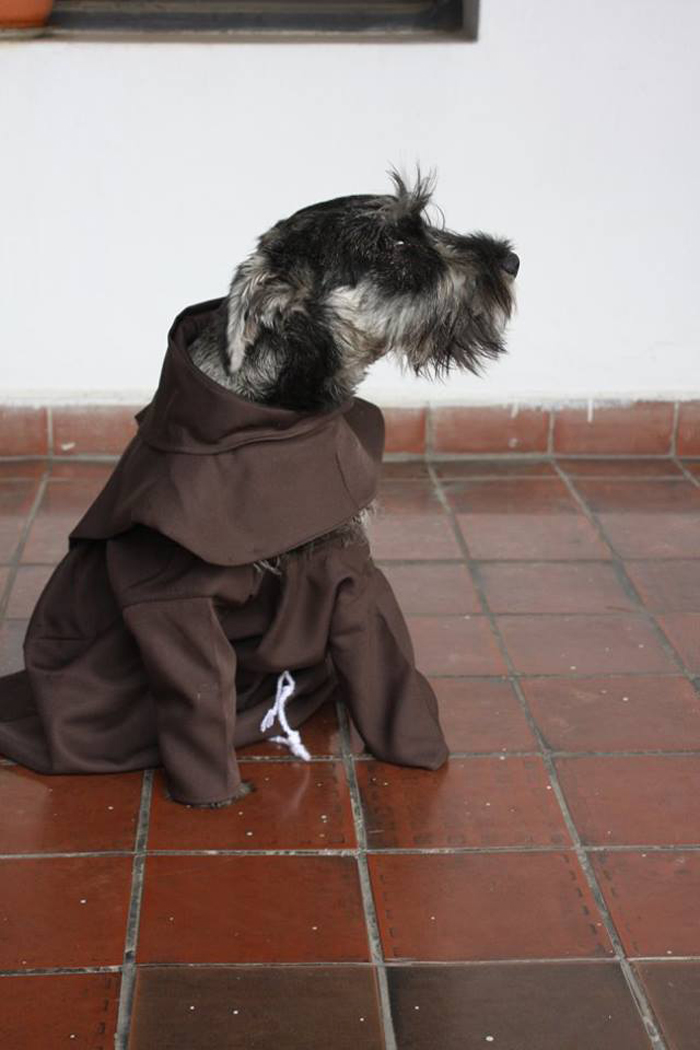 Now all I need to do is take a little trip to Bolivia to meet this monk.

All images have been taken from Kasper Mariusz Kaproń Ofm’s Facebook profile.