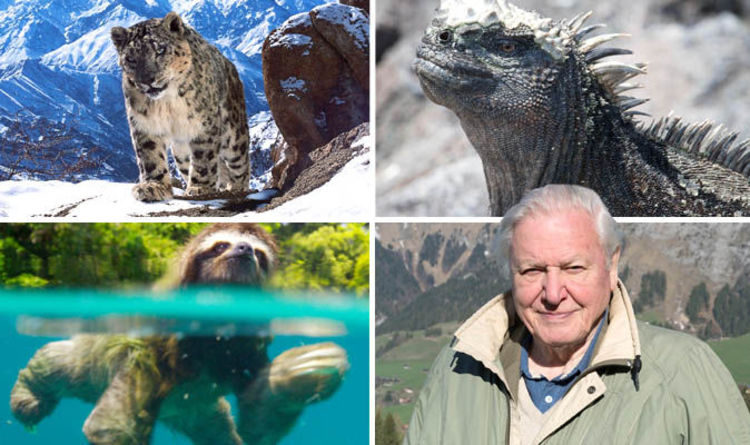 So far, just three episodes of Planet Earth II have aired, and the most-watched episode attracted 1.8 million young viewers (ages 16 to 35), compared to 1.4 million viewers for The X Factor, which plays during the same 8pm Sunday night time slot.

“I’m told that we are attracting a larger than normal number of younger viewers,” Attenborough told The Times. “That pleases me enormously.”

When you enter the club and try look for the rest of your mates #planetearth2 pic.twitter.com/R2ctySfxnc

According to The Times, these figures were released by BBC, but The X Factor’s station, ITV, released similar numbers.

Considering the incredible high-definition footage in Planet Earth II, it’s not hard to understand why the show is attracting the masses.

The original Planet Earth show is well known for its breathtaking aerial shots, but Planet Earth II takes a different approach, giving viewers the feeling that they are seeing the world from the perspective of the animals.

So far, the most popular episode focused on mountains, and a clip of racer snakes chasing an iguana went viral.

Attenborough hopes that Planet Earth II continues to inspire young people to care about the planet, as the environment could desperately use our help.

“It is our environmental legacy that the younger generation of today will inherit; we need them to become the environmental champions of the future,” Attenborough told The Telegraph.

“As a nation we craved refuge from the horror and uncertainty,” said Attenborough “Maybe we all just need to watch something beautiful at the moment.”

The show has “enabled us to see just how full of wonder those habitats are and underlines why we must protect them. Their survival is our survival.

Whatever the reason, let’s hope that Planet Earth II continues its popular run with younger viewers, because we definitely need a new generation that’s inspired by the great diversity and beauty of our planet – particularly at a time when it’s more trouble than ever before.

Thank you to TheScienceExplorer for this article.