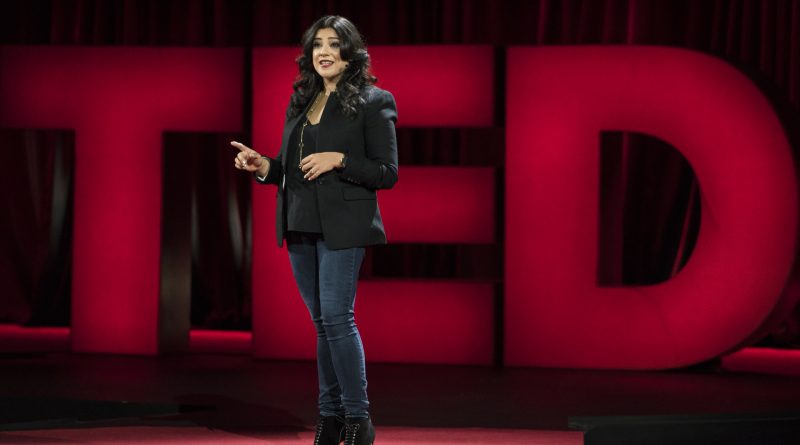 Some believe that women need a little more confidence. But I think that women have been socialized to aspire to perfection, and they’re overly cautious.

I recently came across a TED talk that gave me goosebumps and made me say, “YES!” so loudly, I startled my cat.  It’s by Reshma Saujani, and it’s called Teach girls bravery, not perfection.

Reshma starts off by telling a story about her personal life; the age of 33 was the first time she truly found bravery, and it was through accepting failure.

“And I’m not alone: so many women I talk to tell me that they gravitate towards careers and professions that they know they’re going to be great in, that they know they’re going to be perfect in, and it’s no wonder why. Most girls are taught to avoid risk and failure. We’re taught to smile pretty, play it safe, get all A’s. Boys, on the other hand, are taught to play rough, swing high, crawl to the top of the monkey bars and then just jump off headfirst. And by the time they’re adults, whether they’re negotiating a raise or even asking someone out on a date, they’re habituated to take risk after risk. They’re rewarded for it. It’s often said in Silicon Valley, no one even takes you seriously unless you’ve had two failed start-ups. In other words, we’re raising our girls to be perfect, and we’re raising our boys to be brave.”

She speaks of a system that focuses on women attaining perfection in everything they do, and if they think they might possibly fail, they instantly think they’re not good enough- they think there is something wrong with them.

“We have to begin to undo the socialization of perfection, but we’ve got to combine it with building a sisterhood that lets girls know that they are not alone. Because trying harder is not going to fix a broken system. I can’t tell you how many women tell me, ‘I’m afraid to raise my hand, I’m afraid to ask a question, because I don’t want to be the only one who doesn’t understand, the only one who is struggling.’ When we teach girls to be brave and we have a supportive network cheering them on, they will build incredible things, and I see this every day.”

“Take, for instance, two of our high school students who built a game called Tampon Run — yes, Tampon Run — to fight against the menstruation taboo and sexism in gaming. Or the Syrian refugee who dared show her love for her new country by building an app to help Americans get to the polls. Or a 16-year-old girl who built an algorithm to help detect whether a cancer is benign or malignant in the off chance that she can save her daddy’s life because he has cancer. These are just three examples of thousands, thousands of girls who have been socialized to be imperfect, who have learned to keep trying, who have learned perseverance.”

While yes, we should all try to do the best we can possibly do, we shouldn’t punish ourselves if we fail. Instead, we should lift  ourselves up for trying, and learn from the mistakes we made so we can improve ourselves and our society. Moreover, we should appreciate everyone, man and woman, for attempting to succeed at something. It’s the act of trying that gives us that starting foothold . Without it, it is impossible to go anywhere.

Watch the TED talk below, and “tell every young woman you know — your sister, your niece, your employee, your colleague — to be comfortable with imperfection, because when we teach girls to be imperfect, and we help them leverage it, we will build a movement of young women who are brave and who will build a better world for themselves and for each and every one of us.”