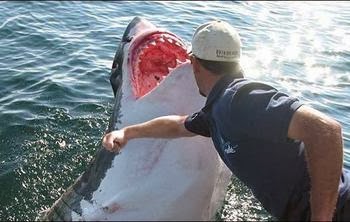 The world is a crazy place, and lots of things can go wrong in the blink of an eye. Anyone could find themselves stuck in the wilderness in a life-or-death situation, forced to rely on their wits to survive.

That’s why it’s important to debunk some common myths that might do more harm than good. Believe it or not, most of what we’ve been taught about surviving in the wild is wrong…

1. Sucking venom out of a snakebite

Whoever started this myth got it very, very wrong. When a person is bit by a poisonous snake, the venom enters their bloodstream pretty much instantaneously. So while you may believe that you’re saving someone’s life while making out with their snake bite, you’re really just infecting their wound with all of the bacteria in your saliva.

2. Playing dead in front of bears

There are a few smart strategies for encountering a bear in the wild, but none of them involve playing dead. Actually, survival tips vary from bear-to-bear. If you encounter a wild grizzly bear, for instance, you should slowly and quietly back away from it. On the other hand, if you encounter a black bear, you should fight back.

This outlandish myth has been widely disproven. The human body is capable of lots of amazing things, one of which is the ability to survive without food for up to six weeks. Of course this varies depending on any health conditions you may have, but should you find yourself stranded somewhere, your first thought should be to find water, since you can only survive about a week without it.

4. Drinking water from a cactus

The funny thing about this myth is that drinking from most cacti will in fact make you quite sick. The most common side effect is vomiting, which will cause you to lose the fluids you’re so desperately attempting to replenish.

5. Moss growing on the north side of trees

Moss does grow on the north side of trees…it’s just that it also grows on the east, west, and south sides, too. If you’re in need of a navigation tool, you can always attempt to use your smartphone or get your bearings by the sun, which rises in the east and sets in the west.

6. Eating the same things as animals

Have you ever noticed that you or some of your friends have dietary restrictions? Some people can’t eat wheat, some can’t eat sugar, and lots of people are allergic to specific ingredients. It should come as no surprise that just because an animal can eat something, that doesn’t mean that a person can, too. In fact, there are mushrooms and berries that birds and squirrels can eat that are quite dangerous for humans.

7. Rubbing someone with frostbite or hypothermia

If someone’s going into hypothermia, you’ll need to warm them up slowly. Rather than rubbing them, which can destroy skin, it’s best to stick to the basics. Cover your friend with things that will gradually make him warm, like blankets, clothes, etc. Or, put warm bottles of water over main arteries in the body.

8. Punching a shark in the nose while being attacked

This would certainly make for a cool fight story, but it’s definitely not a real way to survive a shark attack. Your best bet would be to either gouge its eyes or try to get your hands into its gills.

9. Swimming parallel to shore in a riptide

This is a confusing myth, because it is not entirely wrong. The thing about most riptides and undertows is that they come into shore at an angle. So, in many cases, swimming parallel to shore would actually be swimming against the current. The best way to think about it is to swim perpendicular to the current, which will help you conserve the most energy. If you can’t swim out of the riptide, don’t tire yourself out; just tread water until you can swim easily again.

10. Building a lean-to for shelter

It should go without saying that the best shelter you can build depends upon the area in which you are stranded. For instance, you wouldn’t build the same structure if you were in a warm climate as you would in a cold one. Lean-tos are good for protecting you against wind and debris, but it certainly wouldn’t be very effective against the cold.