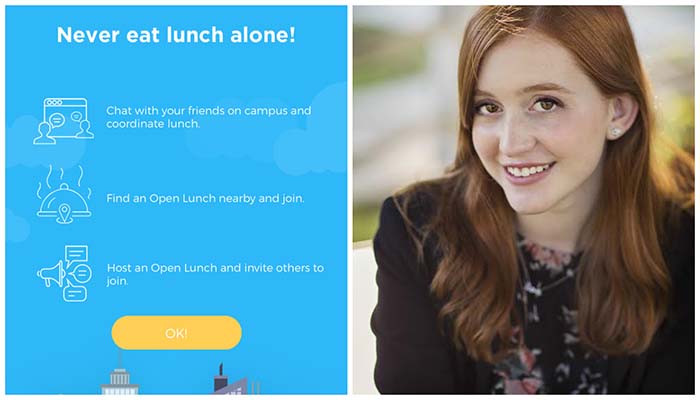 After having to sit alone during lunch in the 7th grade and being the target of bullies, Natalie Hampton, a 16-year-old from Sherman Oaks, California, decided to create an app that helps lonely students find lunch buddies.

Titled ‘Sit With Us’, the app, which was launched on September 9th, helps prevents kids from being publicly rejected. The users know as ‘ambassadors’ create open lunch invites on the app, which signal to other users that are looking for buddies. “This way it’s very private. It’s through the phone. No one else has to know,” she explained to NPR. “And you know that you’re not going to be rejected once you get to the table.” Hampton says people are already posting open lunches at her school, so it’s a good start! Therefore, she decided to create an app called ‘Sit With Us’ You can download the app here, and let’s hope it will catch on!