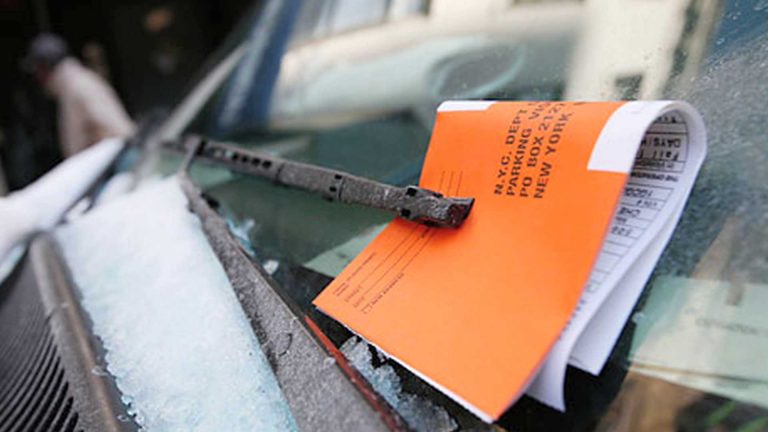 After a woman expressed her disdain for a stranger’s parking behavior, she received a kind note and funds to pay for the ticket.

Flashing police lights and a piece of paper tucked underneath windshield wipers both have similar effects: they cause your heart to pause then beat rapidly. The response is understandable. After all, who likes to feel as if they’ve erred and are in trouble?

But what if, one day, you walked out to your car and noticed that a piece of paper on your windshield wasn’t a ticket, but a letter? Would your chest thump just as hard as you read the following?

“Hey Stranger, Because you were parked in my spot last night (and still are??), I got a ticket for street parking overnight w/out a permit. I’m broke. These are privately owned spots, and I could have you ticketed + towed. I won’t, but please don’t park in my spot again.”

Most peoples’ might, but then again, it’d be easy to brush off the incident. Luckily, the stranger who found the note (above) on their car responded in an incredible way which is likely to restore your faith in humanity.

APlus relays that a woman had a bad start to her day when she received a ticket for parking on the street when her parking place was stolen. After expressing her displeasure in written form and not having the offender’s car towed, she moved on.

The next day, however, she found an envelope under her windshield wiper with an apology letter and $100 USD in cash! The recipient’s note follows:

“First I would like to apologize for parking in your spot. It was irresponsible on my part and I would like to give this to you to pay for the ticket and whatever else you need. It can be tough around this time of year. Merry Christmas – the a**hole who parked in your spot.”

It’s easy to become volatile when you feel as if people disrespect you, but this exchange goes to show that there are always peaceful ways conflicts might be resolved.

This article (This Parking Offender’s Handwritten Letter Will Restore Your Faith In Humanity) is free and open source. You have permission to republish this article under a Creative Commons license with attribution to the author and TrueActivist.com