We know that dogs can help humans, but did you know they can help other dogs too?

When 2-year-old Arnold the Weimaraner was just a puppy, he had an unfortunate run-in with a much larger German shepherd. Naturally, the scary encounter left a mark on Arnold, both physically and mentally.

After the horrifying experience which entailed a traumatizing attack, his human — Carolyn Manalis of Perth, Australia — watched as her fur baby, who already suffered from separation anxiety, grew even more skittish and scared, especially around large , barking dogs. 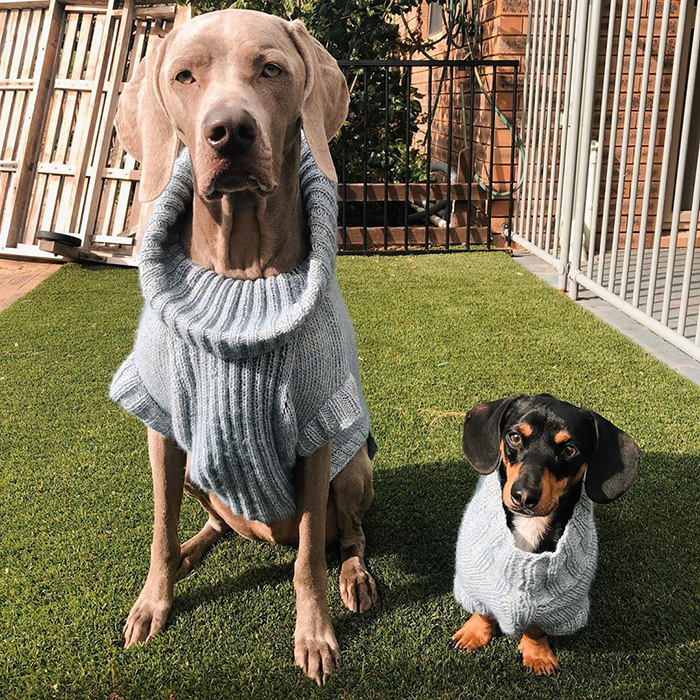 Carolyn knew there had to be something she could do to make Arnold feel better. And then Frank came along—a miniature dachshund, and just about the friendliest puppy you could meet. Carolyn adopted Frank from a friend of hers and soon enough, they became a family. 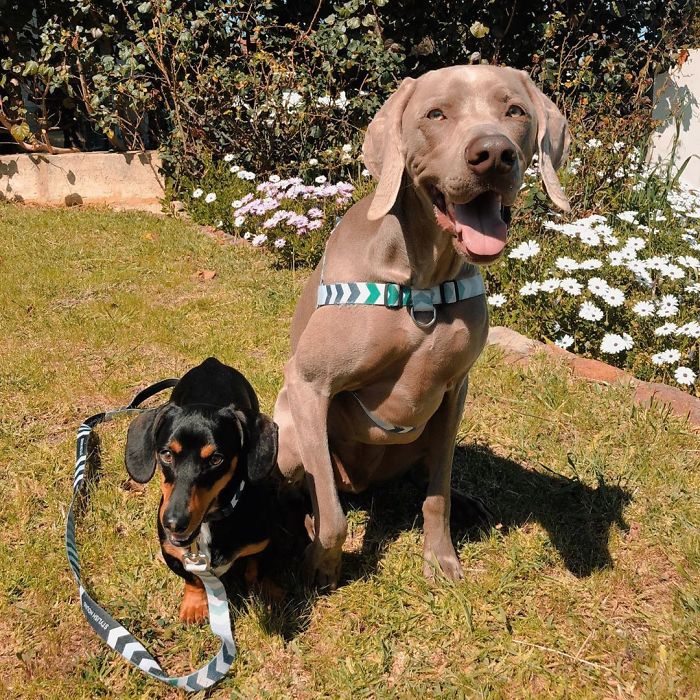 After Manalis adopted the puppy from a friend, it didn’t take long for the tiny pooch to take on the job of emotional support dog.

“The bond these two dogs have is just insanely beautiful,” Manalis told Caters News. “They are so connected and loving and supportive of one another. If one ever cries, the other one is there in half a second to check they are OK. Their love is unconditional, regardless of their size or breed.” 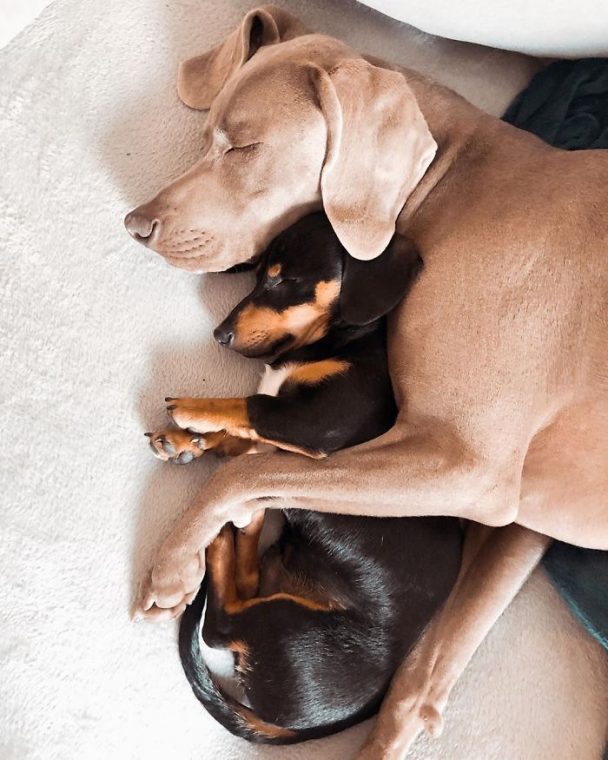 Despite a one-year age gap — and a nearly 66-pound weight difference — it is the much smaller Frank who brims with self-assurance, and in the process, has helped Arnold conquer his crippling anxiety.

“Frank has helped Arnold regain his confidence to be able to play and wrestle while learning that this doesn’t always mean he’s going to get hurt or attacked,” Manalis said of the progress documented on their joint Instagram. “Having a little friend to play with has been the perfect therapy for Arnold to heal.” 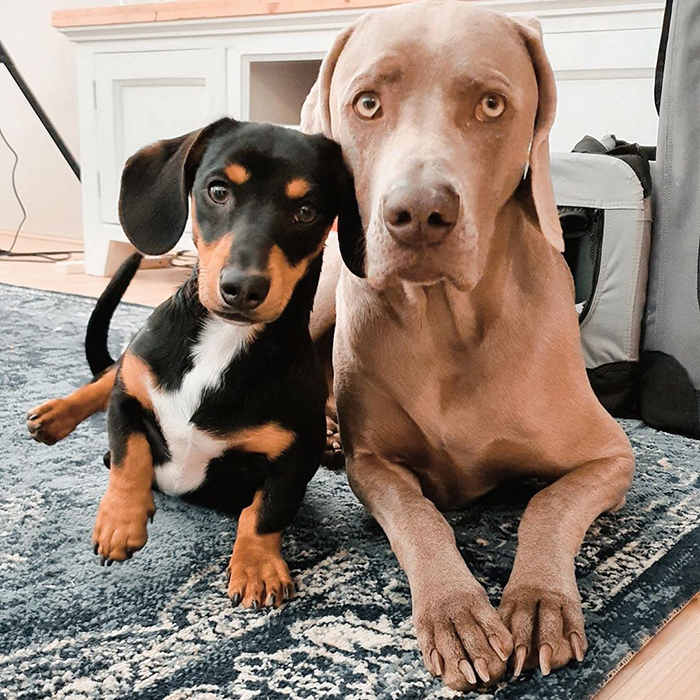 At this point, the black-and-tan tyke has morphed into a bit of a copy cat.

“Frank copies everything Arnold does, to the point where, if Arnold barks or makes a sound, Frank will mimic it directly after, almost like a parrot!” said Manalis, laughing. “Arnold taught Frank how to be house trained, how to bark at intruders, how to chase a ball, how to stand and wait to have his collar and leash put on, how to sit and to wait before crossing the road. 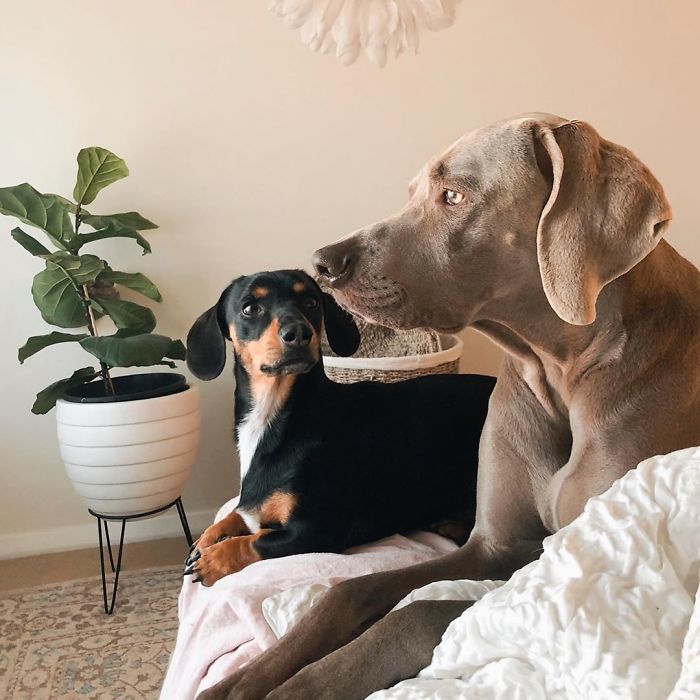