The one rule is, if you can’t afford to pay, you can enjoy the meal for free.

In an effort to help students, and the homeless who struggle to pay for food, Bon Jovi and wife Dorothea Hurley have opened the newest outlet of JBJ Soul Kitchen in an area where it’s truly needed.

Jon Bon Jovi may be best known for hits like It’s My Life and Livin’ on a Prayer, but he does more than totally knock it out of the park on a stage. Through his foundation JBJ Soul Kitchen, his third community restaurant opened at Rutgers University in Newark on January 22 of this year. It’s a place where those in need of a hot meal can access healthy and nutritious food without being worried about judgment.

The on-campus restaurant is aimed to assist students who don’t know where their next hot meal will come from. According to the Rutgers University website, more than 75% of the 36,000 undergraduate students receive financial aid.

Bon Jovi stated, “We all think it’s a rite of passage to study hard and eat ramen noodles. How about if it’s the only thing you can afford?” But the couple does not plan on stopping there. They said that they’ll keep opening outlets of JBJ Soul Kitchen as long as there’s a need for it. 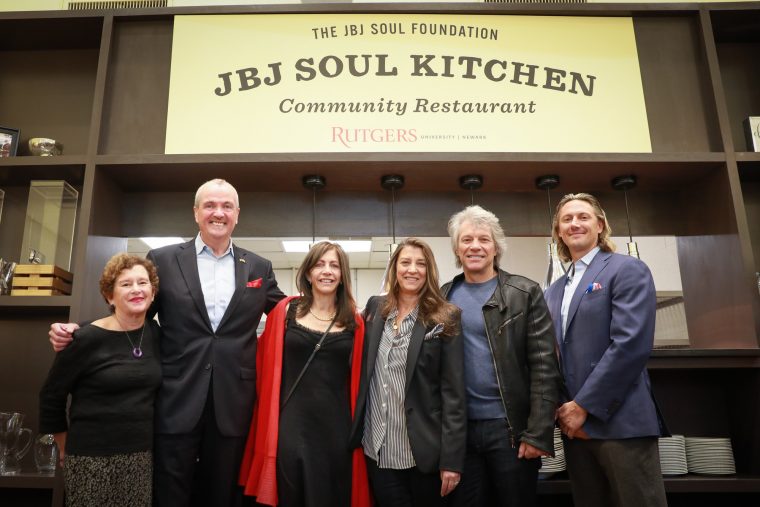 There are no prices on the menu. Instead, students, faculty, and residents who can afford it are encouraged to make a suggested $12 donation for a three-course, locally sourced meal using cash, credit card, or university dining dollar credits. They’re also encouraged to “pay it forward” by making an additional donation that will go toward meals for the needy.

Those who can’t afford it can volunteer at the restaurant or elsewhere on campus to cover the cost of their food. 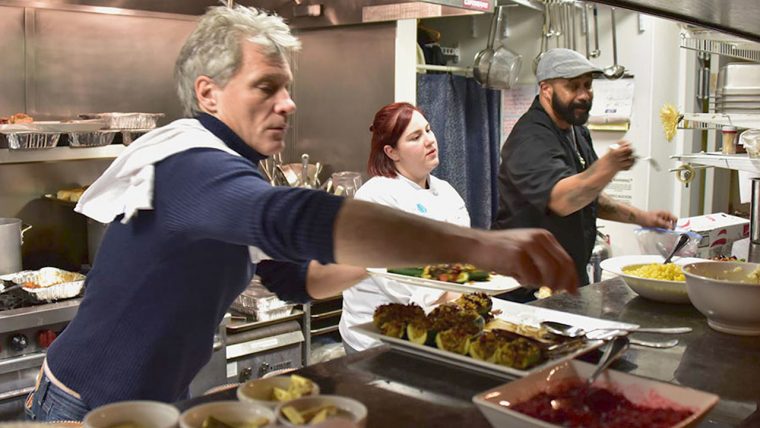 “Dignity and respect are always on the menu regardless of socio-economic status,” Dorothea Bongiovi, the musician’s wife and creator of the restaurants’ concept, said during the opening ceremony. “Students have enough to worry about. Worrying about where their next meal will come from should not be on the list.”

In an interview with CBS News, Bon Jovi and his wife Dorothea Hurley revealed what their motivation behind JBJ Soul Kitchen was and how they first got involved. 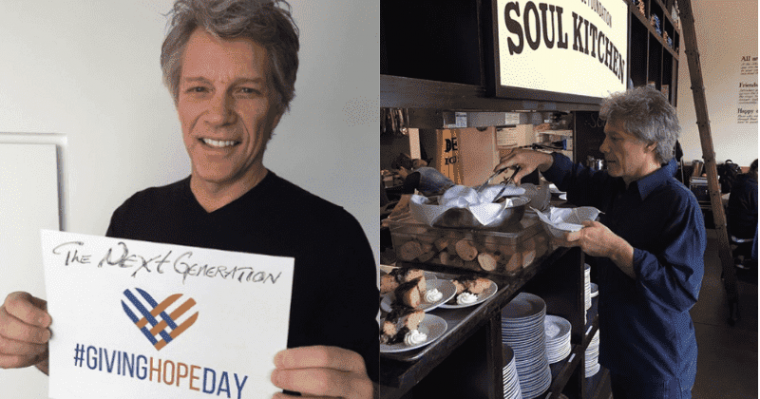 “Hunger doesn’t look like what your mind’s eye might imagine,” Hurley told CBS Sunday Morning host Tracy Smith. “It’s the people at your church. It’s the kids that go to school with your kids. And I think that was eye-opening for a lot of the community here that said, ‘Oh, there’s no homeless people here.'” For many people, homelessness is a social taboo that goes unaddressed far too often. However, by stigmatizing homelessness and poverty, we make it harder for those who are in need of resources to actually gain access to them.