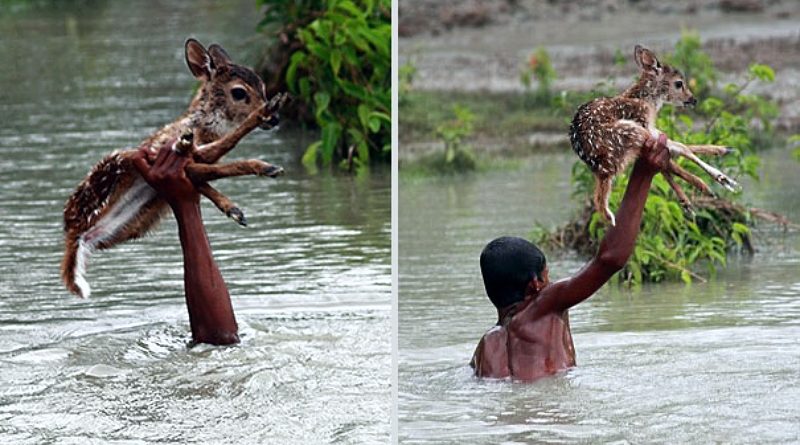 As one of the most touching stories from the decade, we thought sharing it today would bring some much needed good feelings to the world.

Anytime I hear stories of humans risking their lives to save helpless animals, my heart melts just a little bit. We often think of ourselves as the only things that matter on this earth, but when we see stories like the one you’re about to read, we remember just how big this world is and just how many animals are living on it with us. When a young boy saw a baby deer drowning, he risked his own life to save the baby deer from the swift waters of the river.

Here’s the full story on what happened, and how one photographer captured a scene that warmed millions of hearts.

The photographer is from Bangladesh, and he captured photographs of a daring and heartwarming rescue hero that will restore your faith in humanity.

When a baby deer was separate from its family by a flooded river in Noakhali, Bangladesh, its chances for survival were slim. But Belal, a local boy believed to be in his early teens, braved the rainwater-swollen river to reunite the fawn with its family. As the photos show, the swift river waters were at times above the boy’s head – all that was visible was his hand skillfully holding the baby deer by all four legs.

Hasibul Wahab, the wildlife photographer who captured the daring rescue, was as impressed by the boy’s heroism as he was worried for his safety. “My friend was even ready to jump into the river to save the boy. But he made it, and when he returned, we thanked the boy,” he said. “There were only five to seven people observe this situation but it was a phenomenal sight.”

He held the deer above his head with one hand in hopes of saving the helpless, drowning deer. 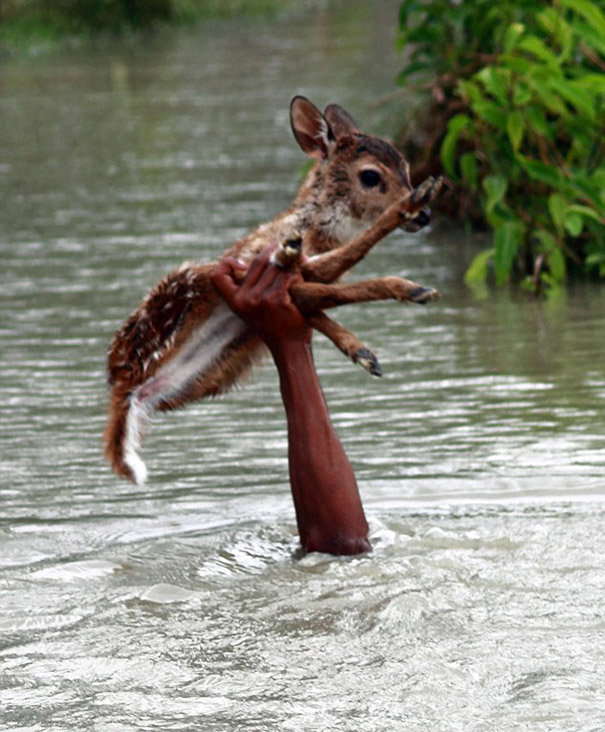 During the rescue, the onlookers weren’t sure if Balal was going to survive himself because the river was moving so quickly and pulling him downstream.

But Balal eventually made it to the other side of the river, and he reunited the baby deer with his family.

It’s believed that the baby deer was separated from its family when Noakhali, Bangladesh received a torrential rainstorm, which caused fast-rising floods. 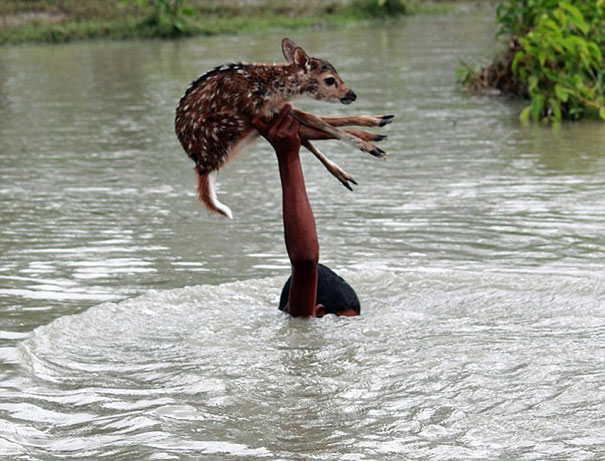 Wildlife photographer, Hasibul Wahab, was on hand and was able to photograph the entire thing on film.

The fairy tale happy ending gave those who were there to witness the event a sigh of exasperated relief. 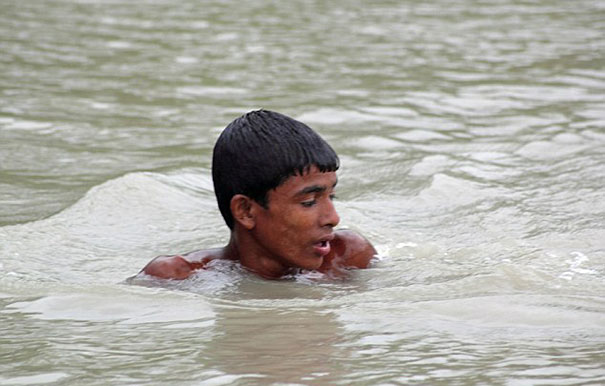 Once the deer and Balal were out of danger, he gently placed the deer on the grass and soon after it walked off, perfectly safe. 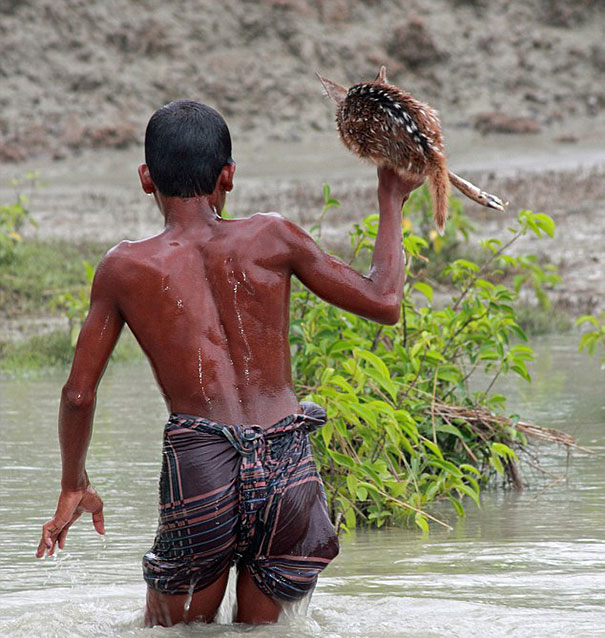 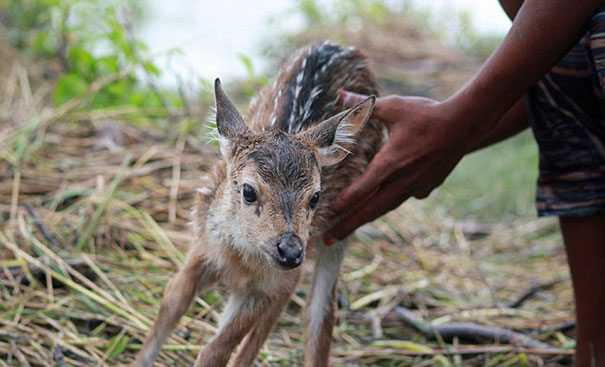 Such a lovely story, and a reminder in the good of humanity.