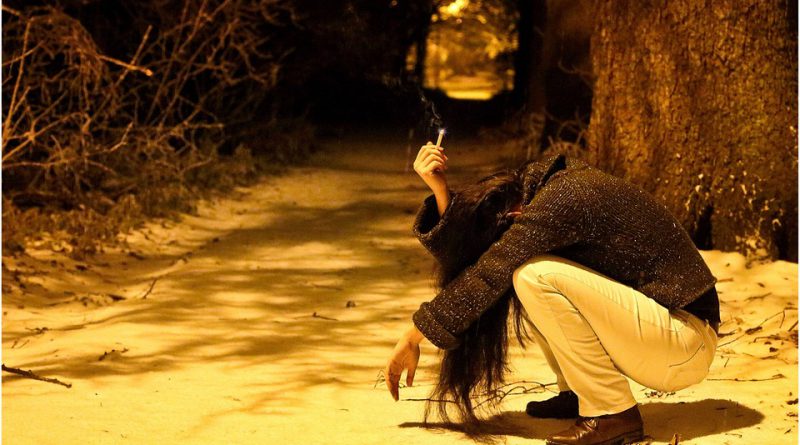 To be normal is to be sick

Krishnamurti once said that “it is no measure of health to be well adjusted to a profoundly sick society.” However, being born and brought up in such a society, most people can’t realize that it is sick, let alone that they are part of this sickness, just like fish, which, living in water, cannot realize that they are in water and part of the sea life.

What does it mean to live a normal life? In the modern world, especially in the West, it means to be brainwashed at a very young age for over a decade by what we call schooling, to later on work as a wage slave for almost the rest of your life competing with others so as to merely survive, to mindlessly consume products without end because manipulative advertising convinced you to do so, while at the same time you unconsciously harm the planet we inhabit, to slowly poison your physical organism by feeding it with disease causing foods, to obey to the rules and believe in the dogmas handed down to you by those in authority, to be passive and uncreative, suppressing yourself in countless of ways, living in suffering yet doing nothing to overcome it.

If you stop for a moment and think, you might realize that this kind of living is absolutely sick, yet it is accepted by almost everyone as healthy and is actually rewarded by society. In fact, those of us who are better at living this way are considered to be the most successful and respected, while those who are different, more sensitive and intelligent, desiring to create a different path in life, are ridiculed and looked down upon, being considered as stupid, weird, or even crazy.

But what is the point of living the way most people live? Life can be lived so much better — we can live playfully, filled with laughter and love, with a desire to be creative, at peace with ourselves and others, savoring the gifts of existence. Unfortunately, only a few people manage to think outside the mental box that society has provided us with and escape from the matrixthey’ve been unconsciously living in since they were born. Those are the rebellious ones who at some point in their lives felt the need to break free from the chains of tradition and help create a more beautiful world for all beings on earth.

To rebel against normalcy is the most difficult thing you can do because you need the guts to be honest with yourself and others. To voice the truth in a world where almost everyone is living in lies is quite a risky thing to do. Speaking the truth means going against the current of tradition, which in turn means confronting the herd mentality and having the strength to keep on going your way regardless the hardships you might face.

There have been many people who had the courage to rebel against the normalcy of our sick society, but most of them couldn’t deal with the negative consequences their actions had on themselves. When nobody embraces your uniqueness and is able to understand you, and when everybody is trying to suppress you and help you fit back into society, it is easy to lose courage, and not uncommon to experience immense psychological anguish. That’s why some of the greatest minds to have ever walked on earth were suffering from serious mental and emotional issues. And although now, after a long time since they passed away, they are recognized as geniuses, when they were alive they were seen by the majority as weirdos or lunatics.

Once you realize how sick the way you and most people are living is and openly go against it, trying to reclaim your freedom and create your own path in life, you are bound to get in trouble. People, including family members and friends will do everything to put obstacles on your path with the intention to “help” you become normal again, exactly like they are. Instead of helping you to grow your wings of consciousness and leave behind what is burdening your psyche, they do their best to cut them off and make you crawl by their side so that you can suffer together.

Dare to be crazy

Your inner voice has for a very long time been telling you that life could be lived much more beautifully, and you should trust it because it’s right. And although it might be the most difficult thing to achieve, it is the only thing worth working for, because what is the point of living otherwise? What is the point of wasting your entire life just because others told you that’s how you are supposed to live?

If you desire to live the way you want to live and not the way others expect you to live, you need to gather the courage in your heart to be a little crazy — crazy according to society’s standards. You need to distance yourself from the comfort of the herd and follow your calling, without caring what others think of you. You need to be willing to go through hardships and experience pain, without giving up trying to turn your dreams into reality.

Remember: no matter how much pain you might experience by walking the path of non-conformity, the rewards of doing so far outweigh the disadvantages. Just like a mother experiences tremendous pain while giving birth, you are experiencing immense pain birthing a new kind of life. A life of beauty, of joy, of celebration. Pain goes hand in hand with change, so embrace it, allow it to guide to you and let it be a catalyst for your inner metamorphosis.