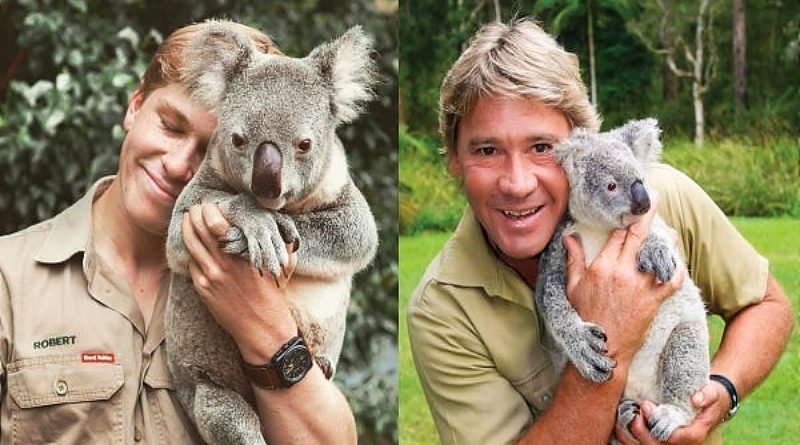 If you’re like us, then you definitely had to do a double-take when you saw this photo.

Steve Irwin’s son Robert has recreated a famous photo of his late father posing with a koala, and at first glance, you could almost swear you were looking at the original Crocodile Hunter himself. Truly a chip off the old block, Robert’s physical similarities to his father are uncanny.

The late Steve Irwin’s son, Robert, posted a photo to Instagram and immediately fans commented on how much he looks like his dad, and it’s giving us strong nostalgia vibes.

The most-liked comment on the picture really says it all: “Did anyone else think this was Steve at first?”

In the photo, 16-year-old Robert is cuddling up to a Koala bear he’s holding in his arms. Robert is wearing his Australia Zoo khaki uniform, and his photo looks nearly identical to a photo of his dad taken years before his passing. 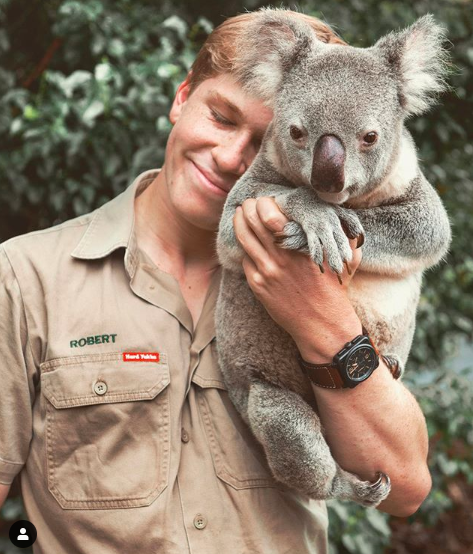 In addition to his international fame as the titular wildlife expert on Crocodile Hunter, Steve Irwin is very well known for his wonderful work with animals. A passionate environmentalist, there’s no telling just how many tens of thousand of animals has been rescued as a result of the efforts made by the Irwin family and their team, both at the Australia Zoo Wildlife Hostpital and out in the wild.

Robert’s new photo appears to be inspired by an iconic shot of Steve which was recently shared by the Australia Zoo in a Facebook post honoring the Crocodile Hunter‘s memory.

This isn’t the first time Robert gave fans a double-take of how much he looks like his dad. Last summer in July 2019, Robert shared a side-by-side photo of him and his dad doing identical poses as they fed the same crocodile named Murray. The photos were taken 15 years apart and they could easily be mistaken for the same person. 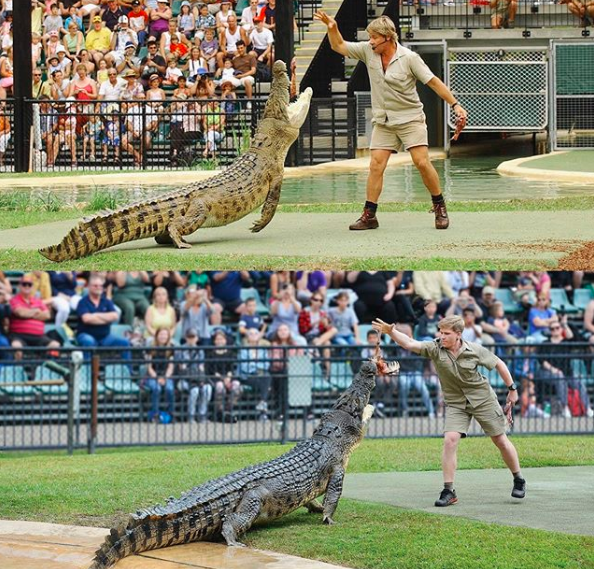 Needless to say, it’s been clear for a long time Steve’s son is following in his father’s footsteps, and now with the two are looking almost indistinguishable from each other physically as well. Steve would no doubt be very proud.

The Irwin family has been doing everything to keep their dad’s memory and passions alive, and have been especially helpful during the Australian wildfire crisis. Robert, his sister Bindi, and their mom Terri rescued and treated over 90,000 animals, taking care of them at their Wildlife Hospital at the Australia Zoo, which they own and operate.

We couldn’t possibly love this family any more if we tried. Our hearts are full, and the name its full of is Irwin.