Some people are born with pure talent, like this kid. But not everyone has used their talent in such an incredibly generous way.

Think back to when you were 11 years-old. What were you doing? Who were you spending your time with? Chances are, your answer won’t be anything like that of Jonah Larson’s.

Adopted from Ethiopia, Jonah taught himself how to crochet at age five, just by watching YouTube videos. Now 11, he has been described as a “crocheting prodigy.” He even has his own crochet business, called Jonah’s Hands, based out of his home in La Crosse, Wisconsin. His designs and generosity have led him to gain a massive following on both Instagram (233k) and YouTube (61k). 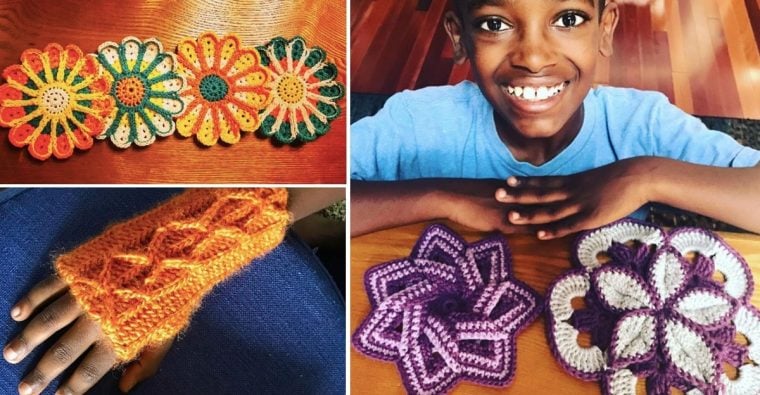 “I see crochet as a positive way to bring the world together and it’s just a craft that everybody comes together and enjoys,” he told TODAY. 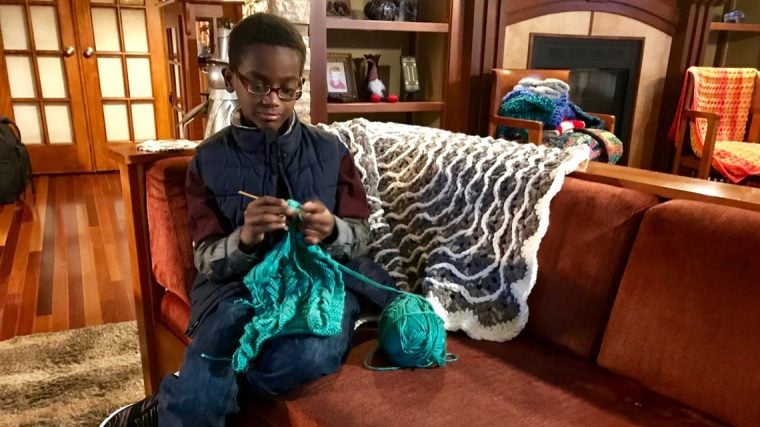 Jonah was only 5 when he first saw a crochet hook and asked about it. His mother said although she doesn’t crochet, his grandmother used to and she was great. With a piqued curiosity, Jonah began watching YouTube tutorials. It was only an hour later he came back with a fully made dishcloth. By age 7 he was creating entire blankets. 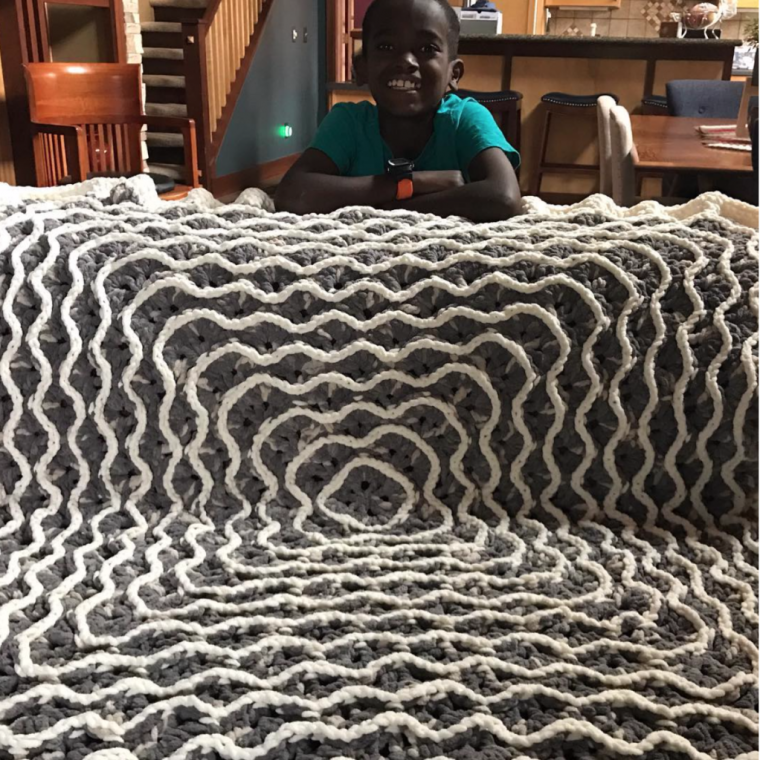 He regularly donates his work and proceeds from sales to Roots Ethiopia, an organization that benefits the region where he was born and the orphanage where he lived before the Larsons, adopted him at 5 months old.

He recently raised $20,000 to build a library in the community where he was born and for basic school supplies for the children who live there. 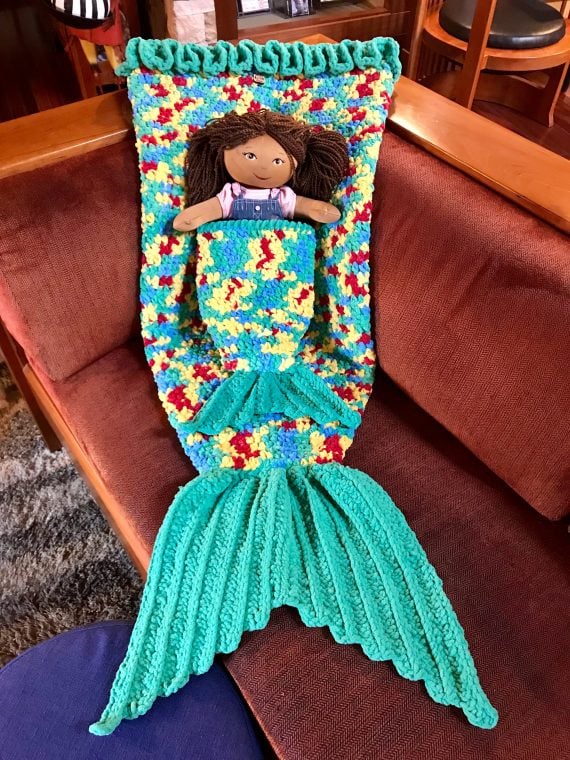 “After a very hard, chaotic day in this busy world with school, it’s just nice to know that I can come home and crochet in my little corner of the house while sitting by the one I love most: my mom,” he told NPR.

Jonah says his most difficult design was crocheting a blanket with 800 plush flowers on it. 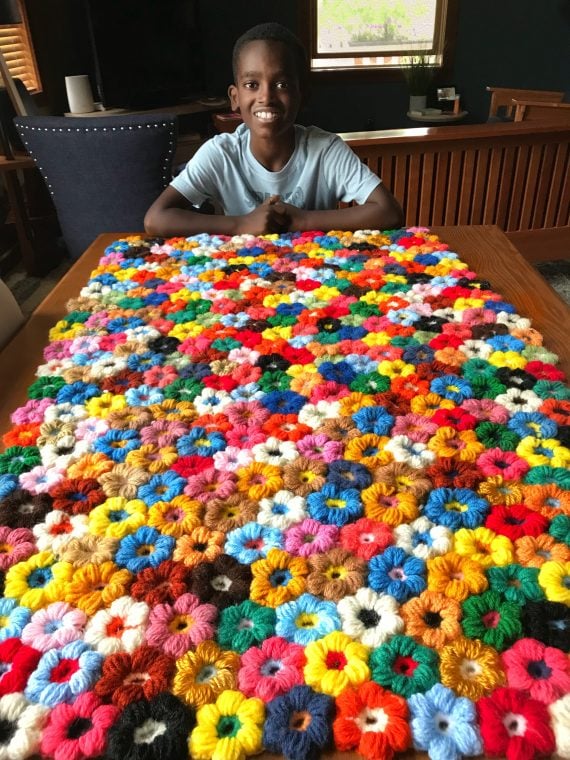 “I hope people gain from seeing my work is it makes them happy too,” Jonah says. “When I see my crochet work when it’s done, it blows my mind to know that I, an 11-year-old with a tiny hook and a ball of yarn, made this amazing afghan, scarf, cowl, you name it.” 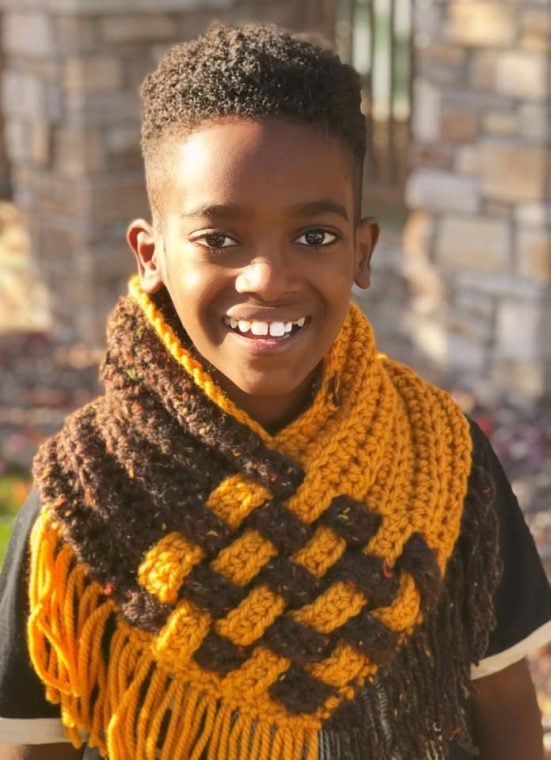 But crocheting isn’t all this wonder-kid has been up to. Wisconsin-based KWiL Publishing will publish Hello, Crochet Friends! Making Art, Being Mindful, Giving Back: Do What Makes You Happy, Jonah’s first book. 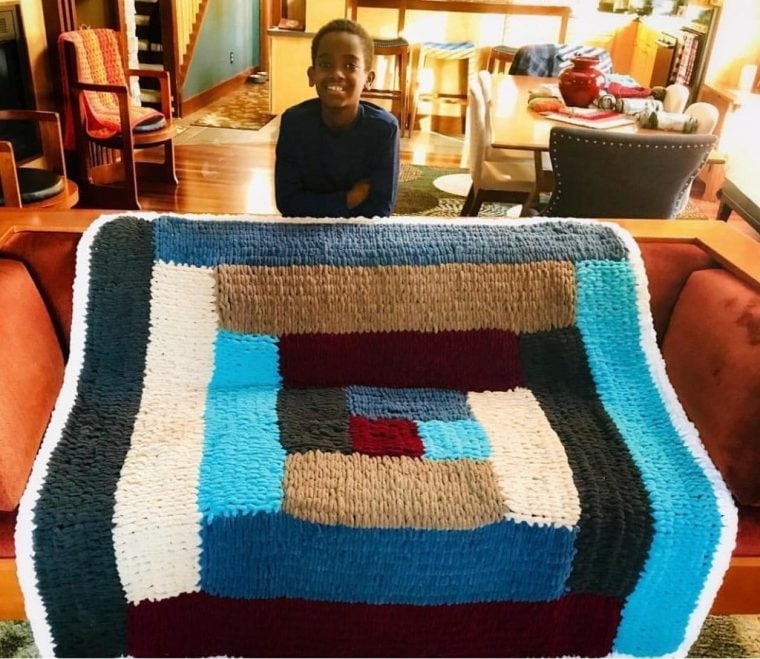 We hope to see more incredible creations from this kind-hearted soul, and perhaps he’s inspiring others to be more like him already.