Meet Belarus, An Adorable Cross-Eyed Kitten That’s Stealing Everyone’s Hearts And Making A Name For Himself On The Internet.

When it comes to cats, we love them all. Whether they are round balls of fluff, lanky and crazy, or hairless wonders, we are big fans of those purr-fect little creatures.

There is one cat in particular who is taking the internet by storm, due to his unique eyes making him appear even cuter than we thought possible.

Meet Belarus. He is a very handsome and fluffy boy, who just wants to be loved and coddled for attention.

More than 250 thousand people have already fallen in love with this notorious troublemaker and his fandom continues to expand.

There’s lots to learn about this cutie-pie, and maybe you could even follow him and his antics on Instagram. 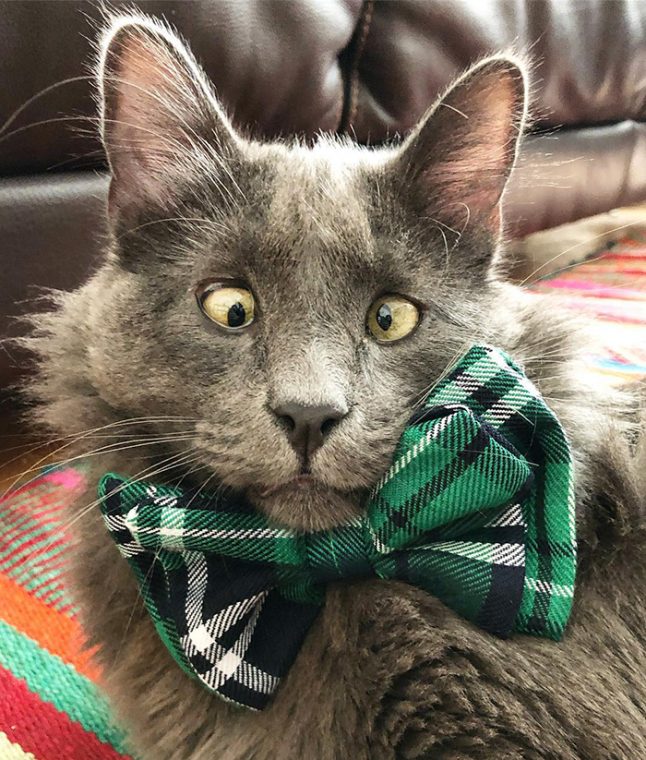 This strange-looking (but absolutely adorable and lovable kitty) is known for his love of troublemaking and shenanigans. His owner Rachel adopted him nearly two years ago when Belarus was only a year old. Rachel instantly knew that she was the one to take Belarus home as she fell in love with him the second she saw laid eyes on him. 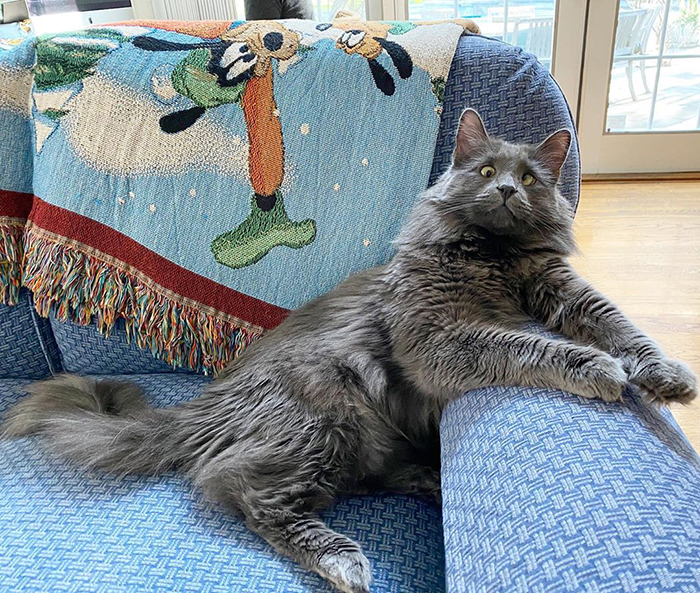 Belarus was born cross-eyed due to a condition called “strabismus.” 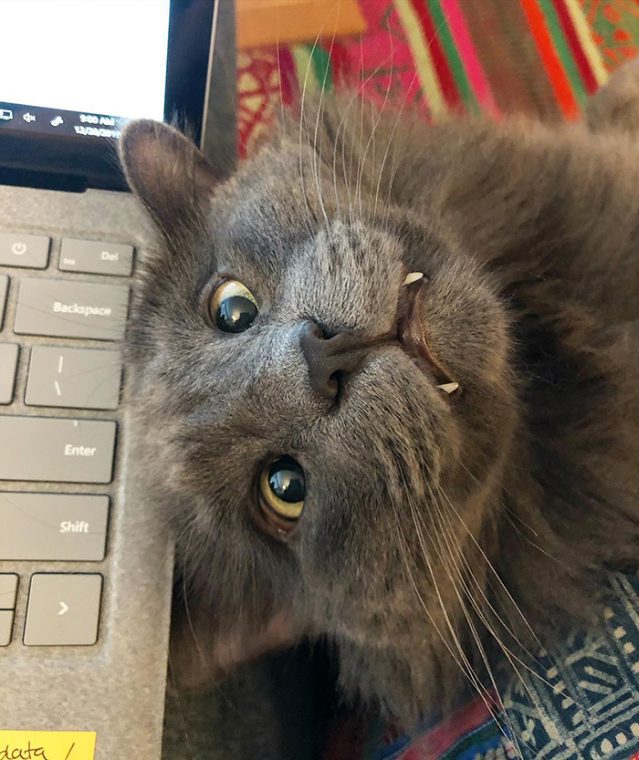 This condition is mostly genetic. The muscles that attach directly to the eyeballs are not exactly of the same length on each opposite side.

When the eyeball moves, its motion is influenced by those small muscles. They position the eyeball to slide from top to bottom or side to side. However, in certain cases, one muscle may be longer or stronger than the one on the opposite side of the eye, this causes the eyeball to deviate off the correct direction. If the eyes deviate towards the nose, the cat is cross-eyed.

Cross-eyed cats are just like any other cats. Their eyes do not affect their qualify of life.

Since adopting Belarus, Rachel has continued supporting the shelter that this boy came from, to help other cats there. Rachel has hosted fundraisers for the animals in need, and in 2019, she was able to donate $4000 to the shelter through various fundraiser campaigns. 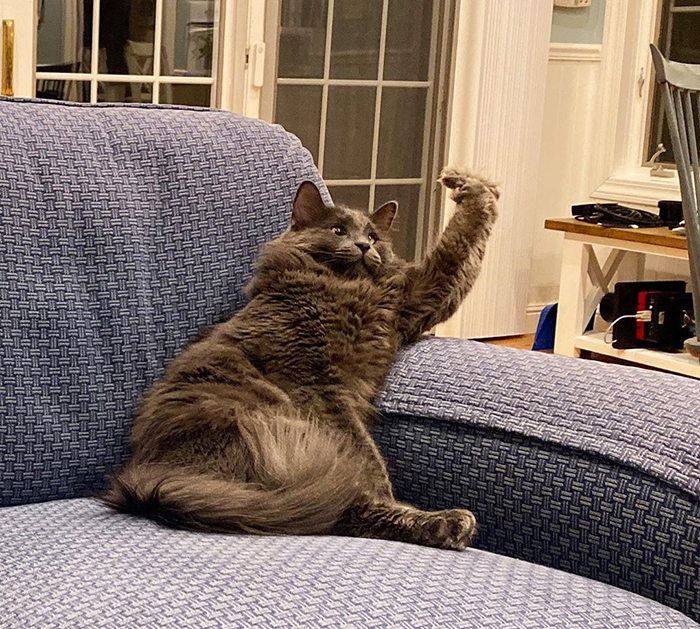 Belarus, like any other cat, has his favorite activities. One of them is playing in the shower, even when the water is running. The boy’s owner admits that he is a bit of a troublemaker: “He loves knocking things off of the sink while I’m in the shower. He also loves exploring EVERYTHING and squeezing inside the smallest corners and crannies he can find.” 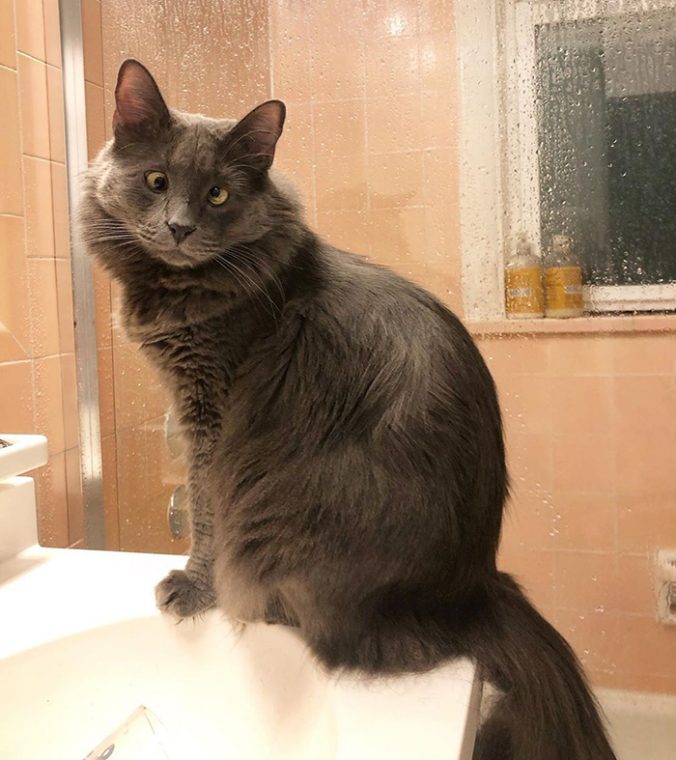 Belarus is quite an interesting cat, and the world has fallen in love with him. (How could you not, honestly?) After being adopted from San Francisco Animal Care & Control at the age of 1, he is now living his best life as an international internet sensation. He even has his own merchandise. 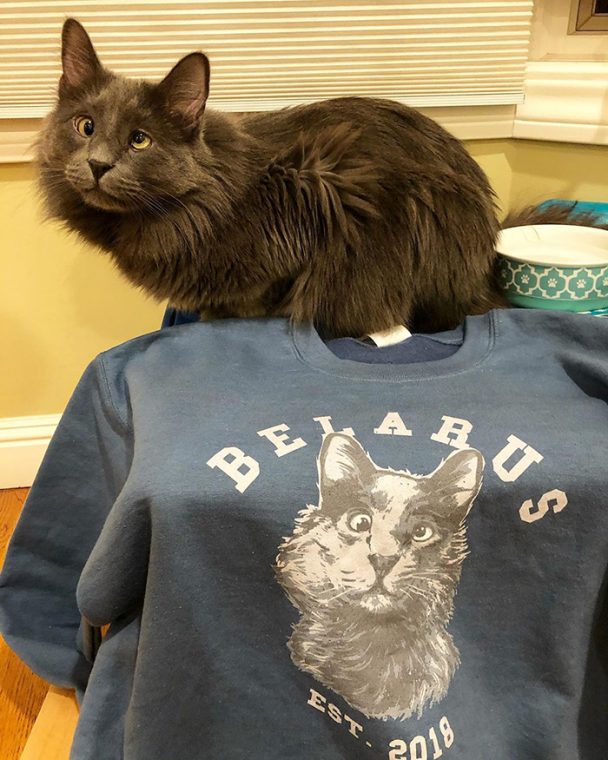 It’s not hard to see why Belarus can rally up 250k followers on Instagram. Even some of his fans shower him with gifts, like this incredible portrait. 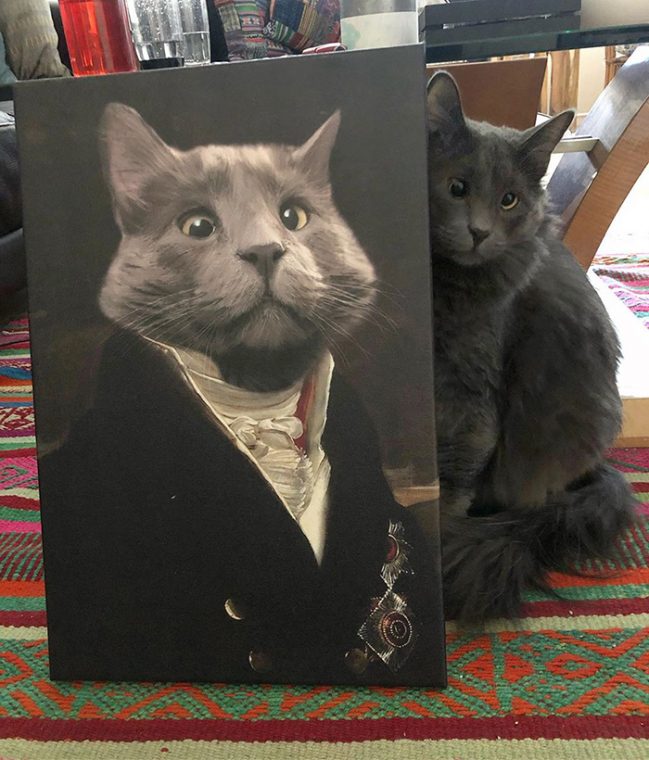