Elephants are incredibly smart creatures, and they have immense empathy and compassion.

This story is about an elderly blind elephant named Lam Duan. She lives her life in the quiet jungles of an elephant sanctuary (Elephants World) in Thailand, and was visited by a kind man of the name Paul Barton. 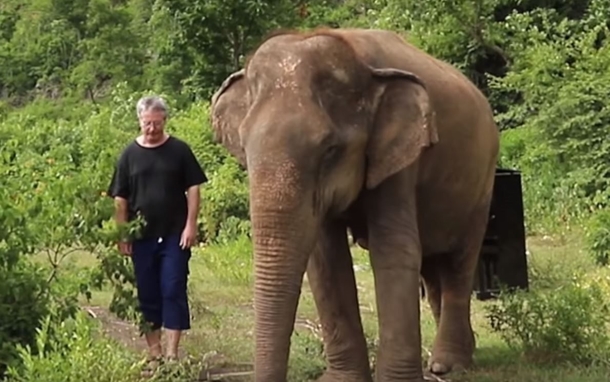 What’s so special about Paul? He comes to play beautiful music for her on the piano in hopes of comforting her.

Her name Lam Duan means “Tree with Yellow Flowers,” but it is her swaying peace when hearing the piano music that is the real beauty here. 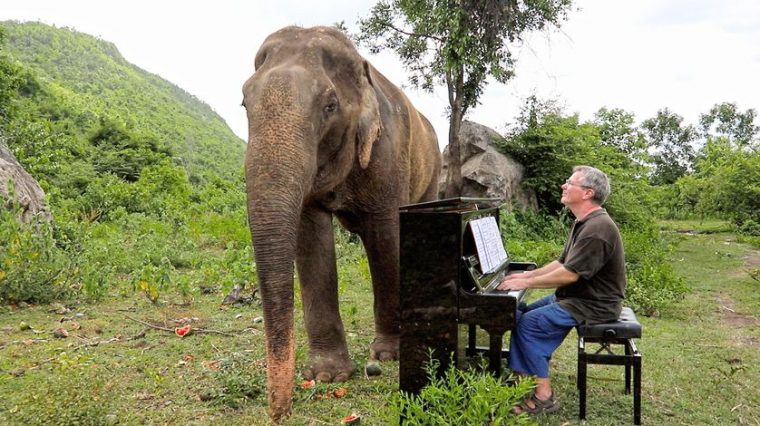 Paul Barton, 57, said, “I was heartbroken when I first saw Lam Duan arrive at Elephants World in 2012.

“She’s so restless. When you play music to her, she stops being restless and is calm. Being blind, she’ll sway back and forth.”

According to DailyMail, Lam Duan spent the first 20 years of her life working in the logging trade, before spending another ten years in the trekking industry.

The next 30 years of her life were spent being looked after by a pair of owners before finally being moved to Elephants World sanctuary. 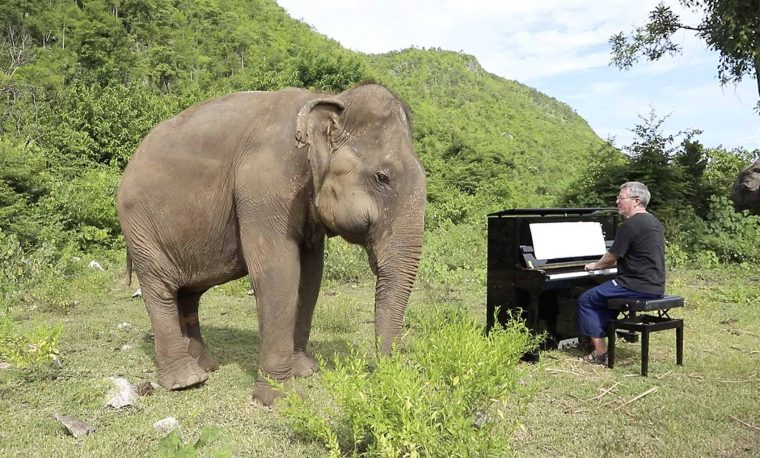 Paul Barton is originally from East Yorkshire, but he now resides at the shelter in Thailand with his wife, Khwan. Paul visits and regularly plays music to the 28 elephants under their care and says he prefers his performances to be completely natural with no restrictions.

He added that he can usually tell within a few seconds of performing whether the elephant likes his music choice or not, and that he hopes the animals lives are a little more fulfilled through these activities. 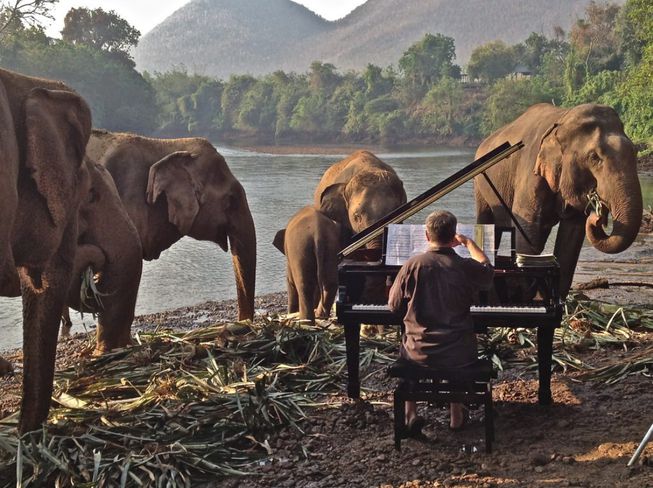 Paul added, “The piano is out in the mountains, so it’s completely free – the elephant can do what it wants. These elephants are standing close to you, and there’s kind of a connection that you can’t explain in words.”

If you’ve ever been lucky enough to be near an elephant in the wild, you’ll know exactly what he means. Elephants have a certain ‘aura’, or “vibe” about them. It’s impossible to explain, but they are definitely special creatures with souls. 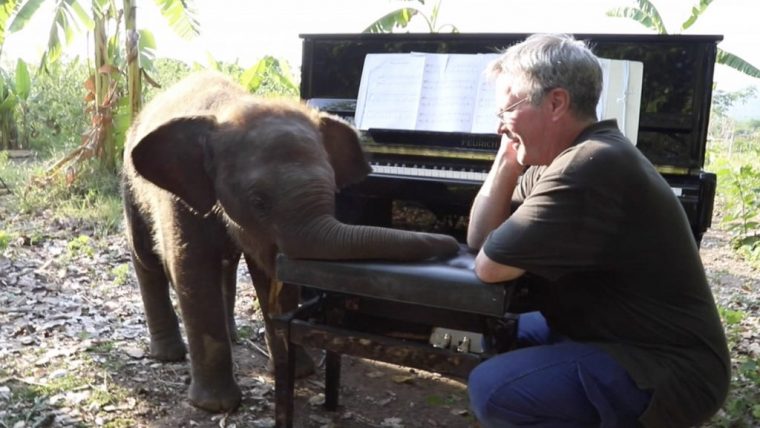 BoredPanda writes, “In his video, Barton explains that the gentle old female elephant named Lam Duan has been blind for most of her life. The 62-year-old elephant spends her days in ElephantsWorld which is an animal protection organization based in Wang Dong, Thailand. He then proceeds to play her some soothing classical music by Frédéric Chopin, Johann Sebastian Bach, Franz Schubert, and Erik Satie.”

You can watch one of his videos below, and see for yourself the incredible emotional reaction from Lam Duan.