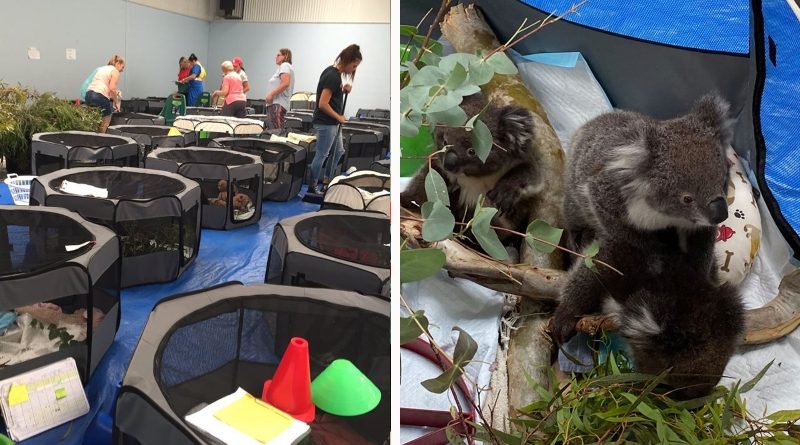 Everyone wants to help save the koalas, and one schools in Australia has stepped up to the plate by turning their gym into an animals shelter and rescue center.

Reports have been swarming media outlets, saying how many animals’ lives have been lost in this record bushfire, and the numbers are astronomical.

Koalas in particular are greatly in need of help. An estimated 25,000 have died in the fires so far, in a species already in danger of extinction. Every koala life is important and it’s crucial that we protect the survivors.

There have been some good Samaritans who have helped out as much as they could, like the teens who filled their car full of koalas to try and save them from Kangaroo Island.

But there’s also a team of volunteers at Adelaide Koala Rescue at Paradise Primary School are doing all they can too,  for the koalas that survived the blaze. 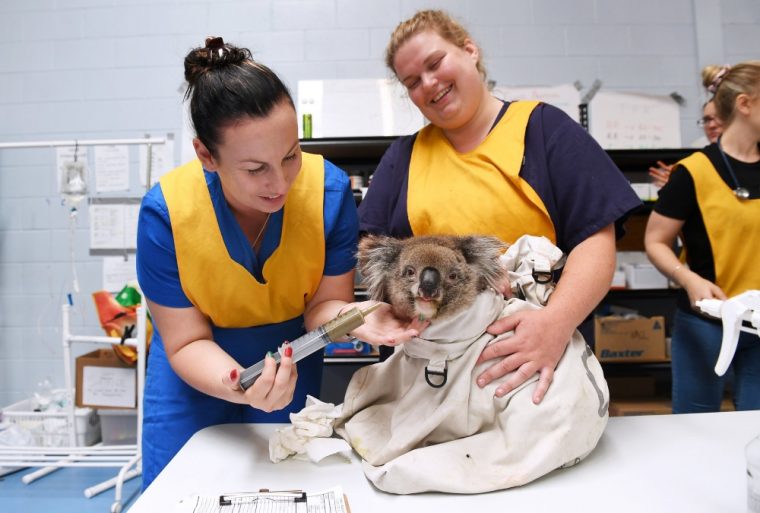 Over 100 koalas are being cared for by a team of 150 in a makeshift rescue center… in a primary school gym.

Jane Brister, director of Adelaide Koala Rescue, told MailOnline of the horrific conditions some were found in. She said: ‘We’ve had a few come in that were just singed all over. 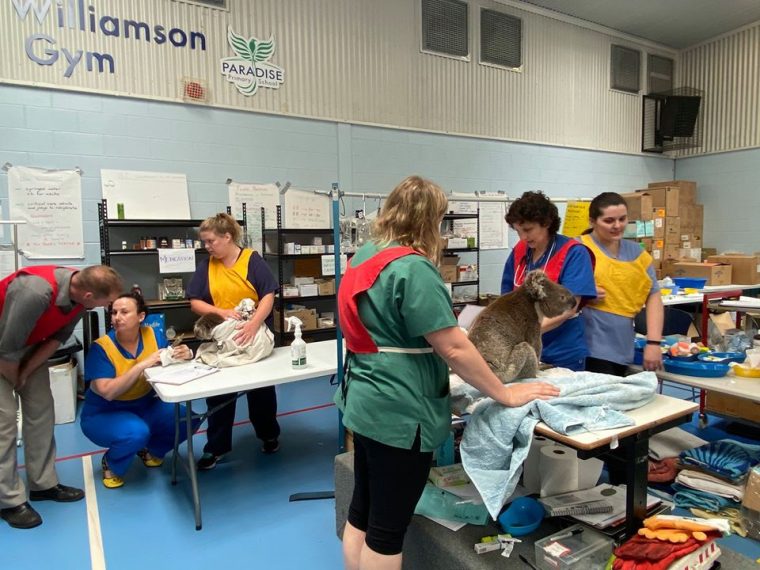 Most of the koalas were rescued from Cudlee Creek, near Adelaide, which was ravaged by a blaze three weeks ago.

The shelter is operated by the Adelaide Koala Rescue, who set up the camp at Paradise Primary School in Adelaide. The photos reveal a lot of quick-thinking ingenuity, with volunteers helping the koalas using the resources they have.

Each koala is placed in what appears to be a playpen made for a child. Each pen has a chart with medical records placed outside. 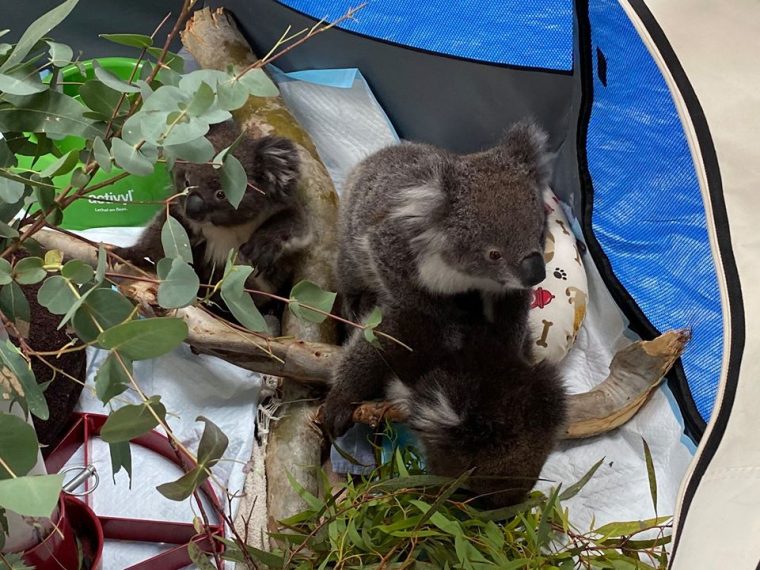 There’s also plenty of plants for the koalas to eat.

There are volunteers and veterinarians on hand to care for the koalas, making sure they have everything they need.

According to 7News, the makeshift shelter includes an intensive care unit, a burn center, a section for babies and even a disease center. The setup also includes an outdoor section so the koalas can climb trees.

It’s amazing to see these people step up to help the koalas using everything they had available, but as 10 News First Adelaide points out they are in “desperate need of relocation.”

When the koalas are sufficiently cared for, they are released back into the wild.