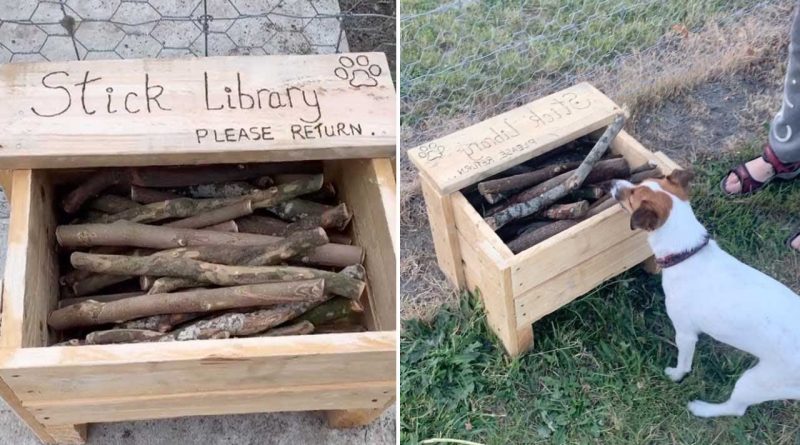 If there’s one thing dogs love, it’s a good stick. But what if there aren’t any around? One helpful dad solved that problem at a local park.

Dogs may be man’s best friend, but let’s not forget that the faithful fetching stick is a dog’s other best friend.

So when 59-year-old Andrew Taylor noticed that there was a lack of good sticks at his local park, he decided to take matters into his own hands.

The dad from Kaiapoi, New Zealand had been chopping off excess branches from some trees in his yard when he decided to make them into a “Stick Library” for all the local pups.

After chopping up the branches into several dozen conveniently-sized pieces, and smoothing them on a grinder so no rough splinters pop out, he put them into a hand-crafted box emblazoned with the words “Stick Library: Please Return” and brought it to the park.

Since Taylor and his daughter hosted a small neighborhood inauguration party for the Stick Library, more than 50 dogs and their owners have enjoyed a game of fetch with the sticks.

“As people started to arrive, there was a disbelief of how simple the idea was, but it’s one of those ideas no one had thought of,” said Taylor’s daughter Tayla Reece. “All the dog owners appreciate it, as they all have experienced the ‘good stick search’, which isn’t always fruitful. It’s an idea that just makes sense to them.” 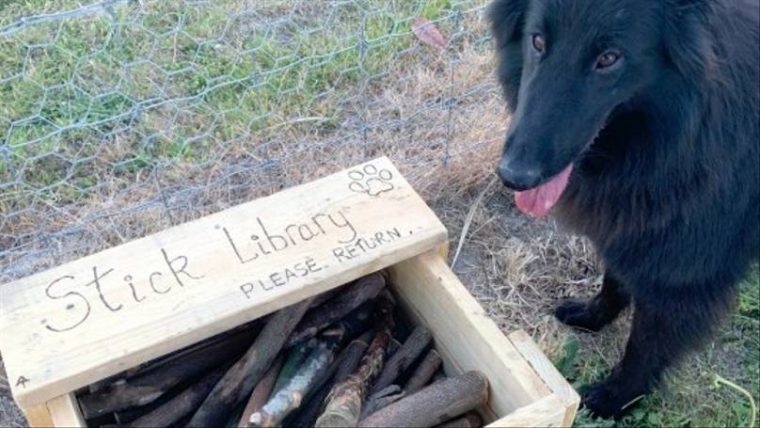 From the time they’re puppies, most dogs are attracted to sticks more than most objects they come across. This is partly because wood is easy to chew, but it’s also because of the shape – sticks look more or less like bones. Bones are what dogs would be eating if we didn’t pour their food into ceramic dishes. They like the meaty flavors of bones, and the marrow inside is an excellent source of nutrients.

Sticks don’t taste at all like bones, of course, and dogs do know the difference. But sticks have their own appeal. They have a musky, earthy taste that seems to appeal to dogs. And of course, they can find them just about anywhere. The dog-logic seems to be: “If l had a bone, I’d chew that. But since I don’t, this will do”.

Watch the video below and see how happy he has made these neighborhood dogs. It’s truly heartwarming to see their little tails wag with anticipation and joy.