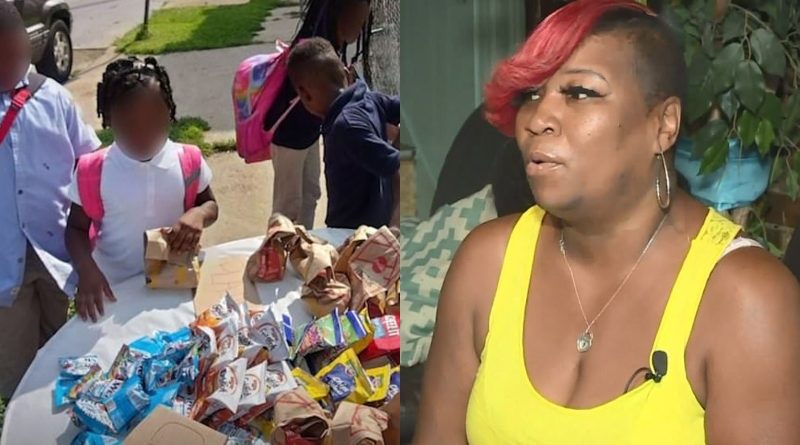 She also has six children of her own, and she has been making these lunches for the past 5 years.

A mother with six children of her own has spent the past five years preparing 100 lunches every day for the youngsters in her poverty-stricken Missouri neighborhood.

Champale Anderson, 48, sets up at table outside her St. Louis home every day at 2.30pm so the children have something to eat as soon as they get off their school bus. 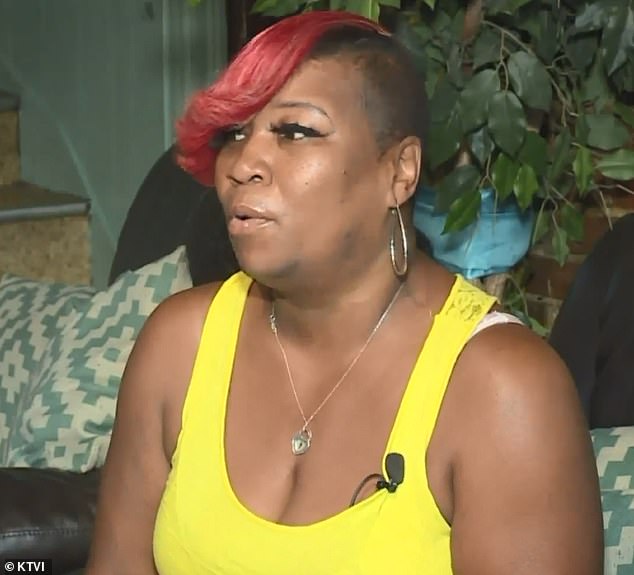 She fills up 100 brown paper bags with PB&J sandwiches, cookies, fruit and juice.

‘Those kids are waiting on me. I have to be out there because they are so excited,’ she told Good Morning America. ‘They don’t know what’s going to be in the bags so they get off the bus and take off running.’

Anderson said she loves to provide special treats for the children when she can and, if she can afford it, will often make them ham or turkey sandwiches. 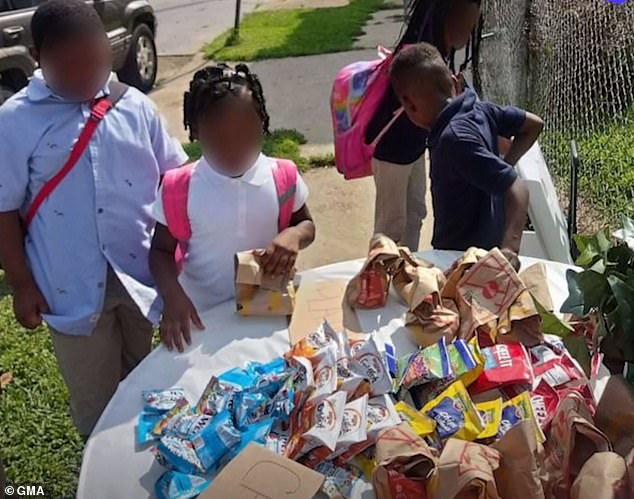 Her specialty though is peanut butter and jelly.

‘I don’t just put on the peanut butter and then the jelly,’ she said. ‘I mix it up with love and they love those sandwiches.’

She said some of the children who come to her for food would otherwise go hungry. It is sometimes the only meal the children will eat that day.

Anderson, who works in healthcare and has six children of her own, has been making food for the children in her neighborhood for five years. 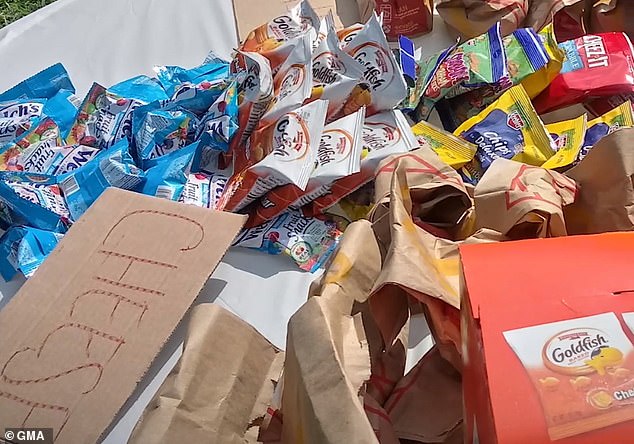 She said she started the program, which she calls Champ’s Tear Drops, after she spotted children near a gas station begging for money and noticed that the youngsters coming to her home were always hungry.

Anderson said she has an open-door policy at her home, which means the children can stop by before or after school if they are hungry.

‘Sometimes kids get a bag and come back to my house around 7 p.m. because that may be the only meal they have during the day,’ she said.

‘They ask for another bag and I say, ‘Of course’.’

Anderson said her dream is to travel to other neighborhoods and provide food for children there as well. 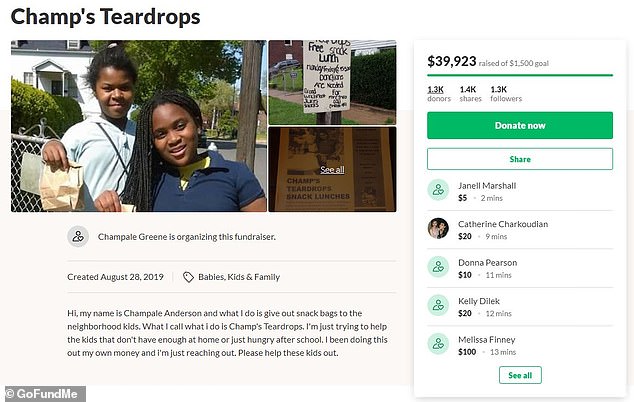 A GoFundMe page has been set up to help Anderson buy food to give to the children. It has already raised more than $61,000 since it was set up last month.

Thank you to all the people who are doing great things like this, and showing the world there is still love to be shared.