It’s important to take stand and show the world what is important to you, especially when it comes to matters regarding our planet. And that is exactly what one person did.

Roads are being built to accommodate the ever-increasing amount of motorists who commute, go to work or school, and run errands. Bypasses are an essential part of urban development, and without certain infrastructure, we would never be able to get to where we need to be.

That being said, there needs to be a balance, and that’s where we are failing as a society.

Some people are trying to shift the scales and add a bit more weight to the side of Mother Nature.

One person in particular is 34 year old Kate Cunningham who has recently made the bold decision to marry an Elder  tree. The tree is located at Rimrose Valley  Country Park, Litherland. 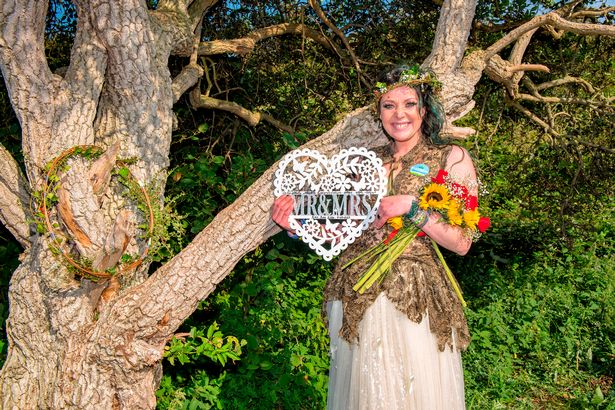 According to sources, Kate has been an activist and has been a part of several environmental protests.

“The spark for this idea came when it was announced that road was going to be built. I’ve been a protester marching in street demonstrations with thousands of other people but it doesn’t attract enough attention from people.

“I want people to engage with the campaign and raise questions about the destruction of our green space. There are plenty of local people who aren’t even aware of what is happening,” she said. 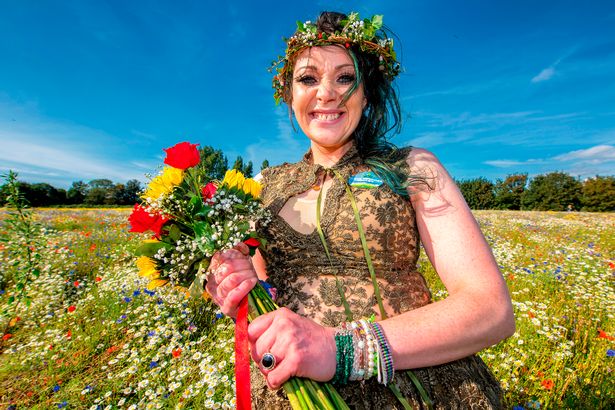 Rimrose Valley is now part of the Mersey Forest. The south of the valley contains the Brookvale Nature Reserve which is the only one in Sefton that is not on the coast and is, along with Fulwood Way in the north, a Site of Special Local Biological Interest, cites Wikipedia.

Plans were announced in February 2016 which proposed a new £200 million road could be built through Rimrose Valley to link directly into the A5758 Broom’s Cross Road in an effort to reduce the heavy congestion on the A5036 Dunnings Bridge Road. Sefton Council rejected the proposal in March 2017, citing the desire to instead build a tunnel to overcome the congestion concerns. In December 2017, Highways England attempted to defend their position that a bypass road is the preferred option to provide a direct link between the Port of Liverpool and Switch Island junction, citing considerable cost and disruption if a tunnel, estimated to cost 6 times as much, were to be constructed. 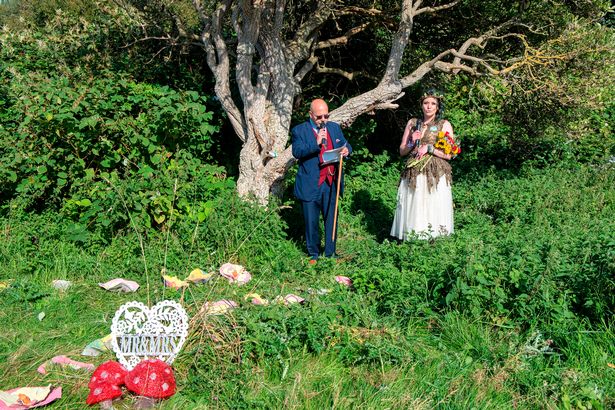 The symbolic ceremony was held on Saturday afternoon and was performed by local actor, musician and poet, Davy Edge.

Watch Kate tell us why she chose to do this ceremony, and why the park should be saved: