There’s been much speculation about how Jon Stewart will spend his retirement. So far he’s been using a lot of his free time to basically do what he did for 16 years as host of The Daily Show: spit truth. But over the course of the next year, he and his family will be taking on some new responsibilities: raising rescued farm animals on their 12-acre property in Middletown, New Jersey. That’s largely thanks to Stewart’s wife, author and founder of Moomah magazine, Tracey Stewart.

Jon Stewart is living as a support system for his wife, Tracey, an author, vet technician, and animal advocate. This new role includes converting his 12-acre farm in New Jersey from a post-TV sanctuary to a safe haven for farm animals.

The Stewart home, called Bufflehead farm, was officially selected by Farm Sanctuary back in 2015 as its fourth sanctuary, reports Yahoo News. It’s located in New Jersey and has plenty of land for a plethora of animal friends to run free like dogs and pigs. 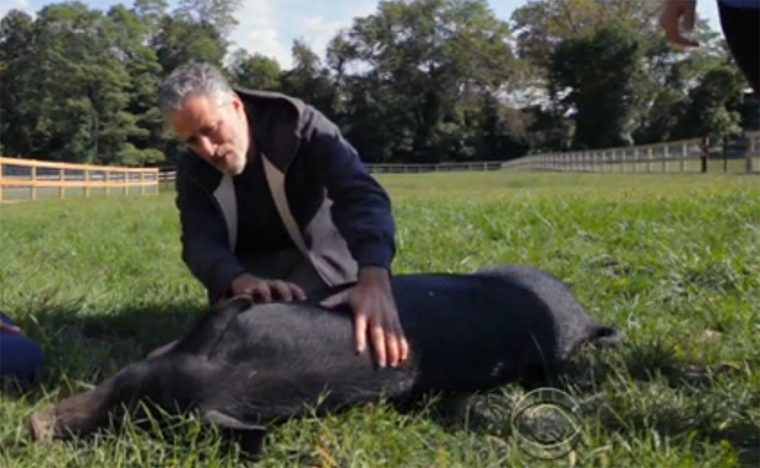 Jon with a pig he rescued

Although the comedian is still negotiating with his new lifestyle–from “Daily Show” frontman to pig scratcher – he still has the chance to advocate for the downtrodden. He is a rock for his animal activist wife who he encouraged to return to school and pursue her dream of studying veterinary medicine.

Tracey recently published the animal welfare book “Do Unto Animals” and announced the relationship with Farm Sanctuary, which she described as a “marriage.” This project was a dream of Tracey’s who because of the alliance has stolen the spotlight from her husband. 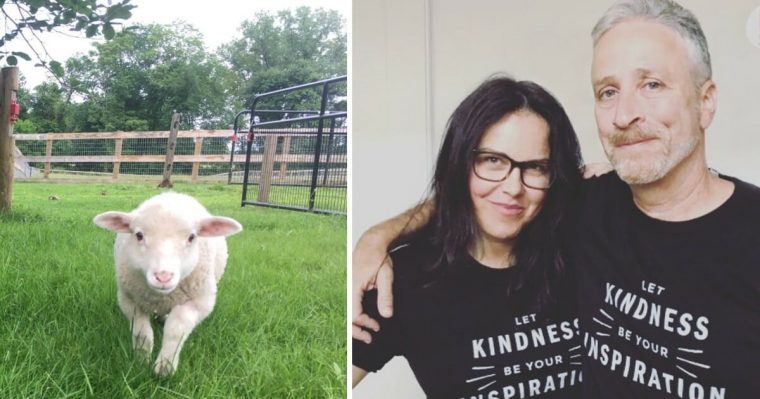 She appeared in an interview on CBS talking about all the animals and why they were saved.

The interview included her feelings about having pit bulls among her four dogs to how animals helped her navigate a tough relationship to how Jon helped her embrace her enthusiasm for animals by becoming a veterinary technician. 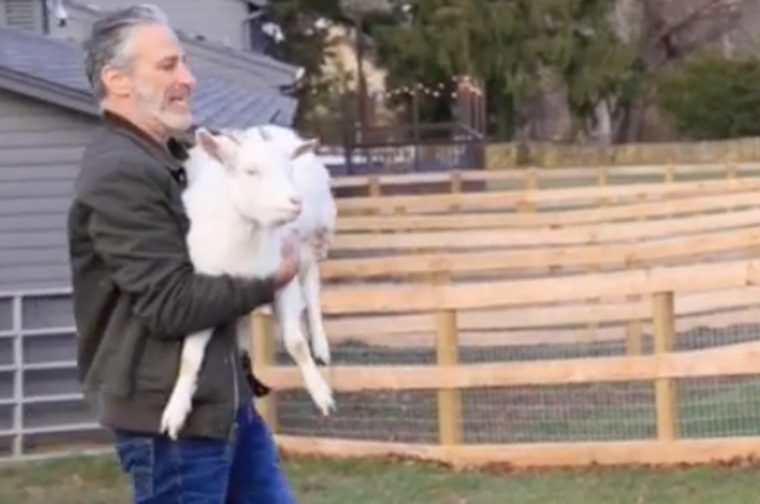 She also shared the story of a cow that she helped during the delivery of its calf, which included her smiling while being showered with cow poop. To each their own…