This is one of the most inspirational, feel-good stories we have come across in a long time.

Climate change causes so many problems. Many animals become endangered or even go extinct because of the changes to their natural habitats. A lot of people believe there’s nothing they can do to help animals, but they’re wrong. Even small acts can make a big difference.

Some villagers in India found a novel way to help the elephants in their area. Asian elephants are especially vulnerable to climate change. They have slow rates of reproduction and not much variation in their genetic makeup. An unusually cold winter is dangerous to these mammals.

When the villagers heard that temperatures were dropping, they immediately took action. They knitted giant, colorful sweaters for the elephants at the Wildlife SOS Elephant Conservation and Care Centre. That’s right – sweaters! It might sound funny, but the sweaters provided enough insulation to keep the elephants warm. 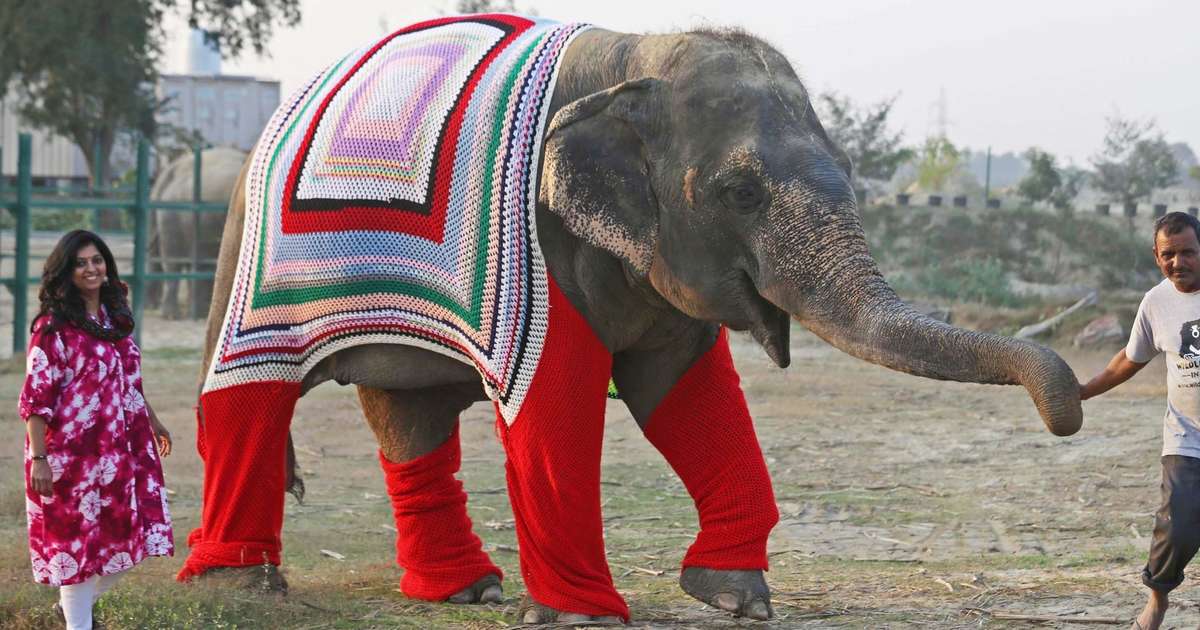 The Wildlife SOS Elephant Conservation and Care Centre is responsible for 20 rescued elephants. These are mammals whose previous handlers beat or neglected them. They come from people selling them illegally, circuses, and other forms of exploitation. Kartick Satyanarayan, who founded the rescue, says that keeping them warm is of the utmost importance. 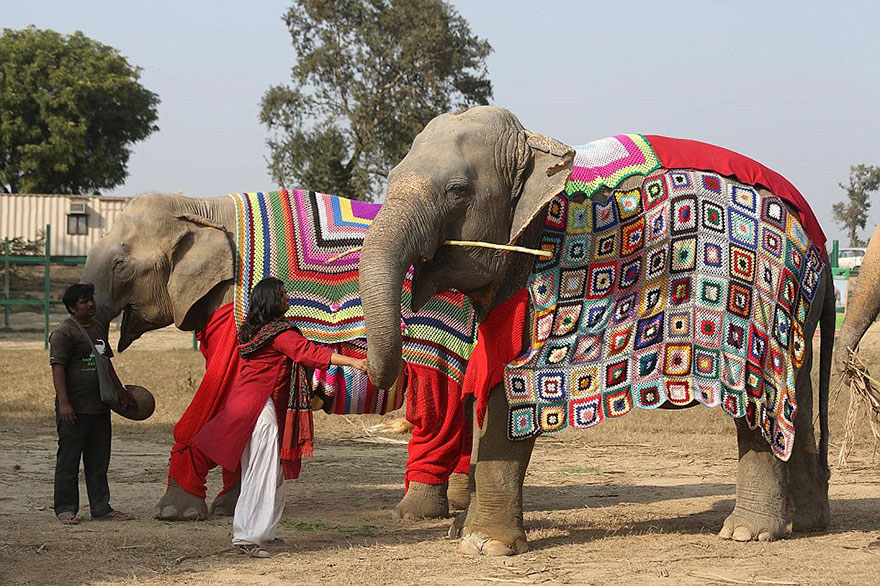 Having suffered neglect in the past, these elephants are even more vulnerable to extreme temperatures. Cold weather causes the elephants with arthritis – something common to circus elephants – to suffer. 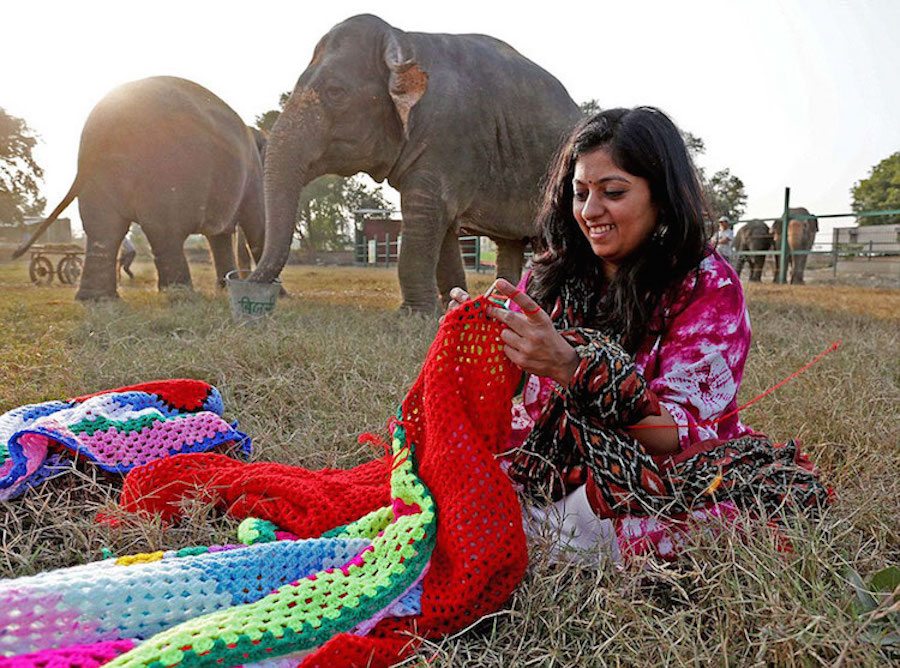 It also makes them more susceptible to pneumonia, which can kill them. But thanks to some quick-thinking villagers, the elephants remained warm through the cold.

ABOUT THE ASIAN ELEPHANT

The elephant is Earth’s largest land animal, although the Asian elephant is slightly smaller than its African cousin. Asian elephants can be identified by their smaller, rounded ears. (An African elephant’s ears resemble the continent of Africa.)

Elephant ears radiate heat to help keep these large animals cool, but sometimes that isn’t enough. Elephants are fond of water and enjoy showering by sucking water into their trunks and spraying it all over themselves.

An elephant’s trunk is actually a long nose with many functions. It is used for smelling, breathing, trumpeting, drinking, and also for grabbing things—especially a potential meal. The trunk alone contains about 100,000 different muscles. Asian elephants have a fingerlike feature on the end of their trunk that they can use to grab small items. (African elephants have two.)