Kouga Municipality in the Eastern Cape will embark on a journey to build the first ever “plastic road” in Africa.

The approach could spell the end of potholes, create jobs and also help save the planet. It is estimated that up to 1,8 million plastic bags can be used in just one kilometre stretch of road.

The project kicked off on last week, and if successful, the Kouga Municipality will establish factories to produce the pellets that are used for the roads locally. This new venture could change things for the better, not only in the province but in other area as well, as plastic roads not only reduce the plastic in the environment, but also last longer and use less materials than normal tarred roads.

“Plastic Road” refers to replacing significant amount of the bitumen mix (made from Crude oil) with waste plastic. It has been done in Bahrain, Australia, Canada, USA, Saudi Arabia and the United Kingdom.

Horatio Hendricks, Mayor of Kouga Municipality, said the local authority would partnering with a Scottish company and South African civil engineering experts to build the first “plastic road” in Africa.

“The backlog in road repairs for our region is estimated to be more than R500 million. While Kouga is strong financially, we simply do not have the rates base to deal with this backlog decisively,” said Hendricks.

“The DA-led Kouga Council has, therefore, been looking for innovative ways to slay this giant since taking power in the municipality in 2016.”

He said should the trial be successful, the municipality would like to see a factory being established in Kouga to produce the pellets locally.

“In this way it will be a triple win for our people – better roads, less pollution and more job opportunities.” 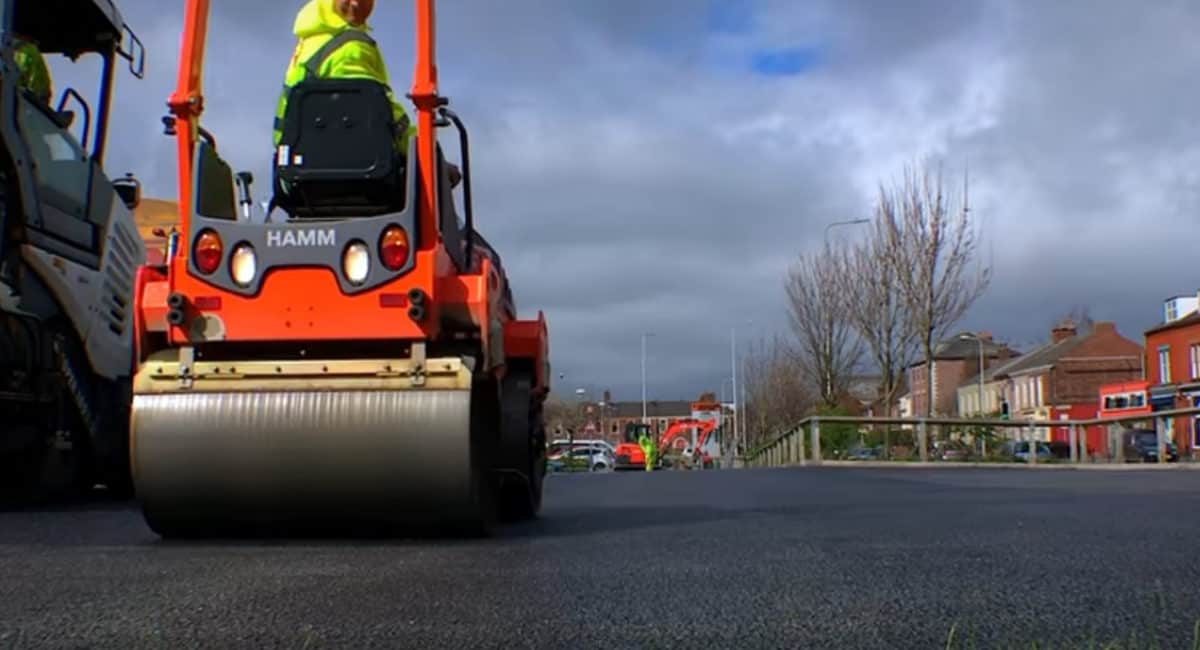 Hendricks said the trial would be done at no cost to the municipality, with the respective partners set to foot the bill.

Vicky Knoetze, member of the Eastern Cape Legislature, was the first who introduced the idea of solving some of South Africa’s problems through plastic roads to the Provincial Legislature in 2017.

“I am delighted with the outcome and that Kouga has agreed to become the first municipality in South Africa and the continent to put the technology to the test, ” Knoetze said.

“Essentially we will be doing what we have done for years and will be doing till the end of days, which is building roads, just in a much more efficient and effective way.”

She said what Scottish company MacRebur offered, was an enhancement of the asphalt mix traditionally used for the top layer of roads.

“Non-recyclable plastic waste, which ends up in the ocean or clogging up landfill sites, is processed into pellets and used to replace a large component of the bitumen in a conventional asphalt mix.”

“The result is a road that is stronger and more durable. Water, the main cause of potholes, does not penetrate it as easily as with traditional asphalt mixes and it is also more heat resistant,” said Knoetze.

“Poor roads have a devastating impact on communities. It’s not only a danger to motorists, it is also bad for the economy as it scares off potential investors and makes it difficult for existing businesses to ply their trade.”

If the trial is successful in Jeffreys Bay it may just be a starting point for the rest of South Africa and a perfect way for us to take plastic out of our oceans and landfills and use it for something worthwhile.