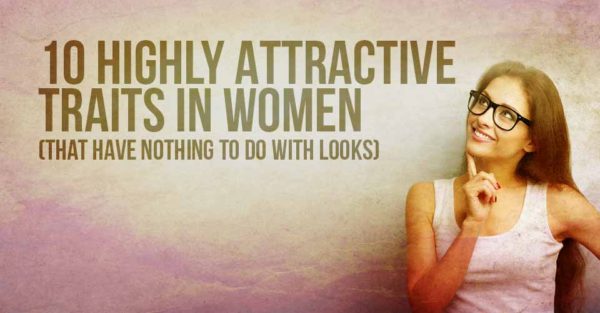 Recently whilst in a romantic embrace with my partner, I coyly tried to prize out of him what he found most attractive about me. Without hesitation he replied: ‘You are kind, I find that deeply attractive, it’s all I ever really want’. His response surprised me somewhat, as he hadn’t immediately gone for anything to do with my looks, my body shape or my ever imaginative seduction tactics.
Buy an “Intelligence is sexy” t-shirt!

That moment affirmed that rarely has the long lasting and deep rooted attractive qualities that men seek in women have anything to do with just good looks.

True enough, men still stumble at the sight of a nice head of hair and a shapely body, they are still driven by their sexual attraction and the attention rained on them by a luscious lady. Similarly women can try and seduce and make themselves more attractive to men by cladding themselves in sexy lingerie or arranging that fantasy threesomes, foursomes or whateversomes.

But it’s the staying factor that is important, the qualities I am going to list below reveal themselves to be some of the most highly sought after traits in a woman. With these a couple can deepen the relationship to unimaginable depths of passion and commitment.

Now, I can’t speak for the entire population here, but here are ten things that men have admitted to finding incredibly attractive in a woman:
50 Ways To Show A Woman You Love Her

This might sound like a bit of a cliché, but true kindness really is rare these days. Sure, you get people who are nice to those who hold some sort of value to them, but how many people do you meet every day that would go and talk to the lone stranger crying in the street? Men don’t want to be with a person that’s just nice to them, their friends, and their family. They want a person who can brighten up their day by brightening up the lives of everyone she comes in contact with.

Kindness is vital within relationships to soften disagreements, there is nothing less attractive to a man than being constantly harshly berated and belittled by a woman, after all we are all human and have failings and shortcomings, the use of kindness in such situations helps to remind us we are all special unique individuals worthy of love, compassion and when needed, forgiveness.

2. POSITIVITY AND SENSE OF HUMOUR

One of the most important things in any relationship, romantic or otherwise, is the ability to have a great time and have a good laugh. Taking care of ones emotional hygiene and good mood should be a priority. Only then you can take life positive, light, and with a fair dose of humour.

With this a woman has the power to lighten someone’s day just by smiling to them. It’s worth using it often, also to become more attractive in men’s eyes. Studies show that men are attracted to smiling women. A natural smile conveys messages like optimism and stability, which are definitely qualities desired in a mate.

“It’s not selfish to love yourself, take care of yourself,

and to make your happiness a priority.”

Men need to be inspired constantly to be happy. It’s incredibly attractive as being inspired by a woman who’s passionate about her pursuits in life. This might sound like a tall order for some, but a woman who keeps and expands her interests throughout a relationship is like honey to the bee for men.

She can be a world class pianist or a doctor, the minute he sees her eyes light up while talking about what she wants to achieve in life, I guarantee you they’ll be falling hard and fast. They cannot get bored together, because there is always atopic to talk about with a girl who is passionate about something.

4. GETTING ALONG WITH YOUR FRIENDS

An old Chinese saying of a man that has a wife who gets along with his friends will have a long and pleasant life. Well, there has to be some truth in that. It really is a beautiful thing to be with a woman who can get along with a guys buddies and just be ‘one of the guys’ when she wants to.

“Nothing is more beautiful than a confident woman

who doesn’t pretend to be someone she’s not.”

Men like being around people who are happy to be themselves. You see, it’s not just women who respond powerfully to a confident partner, men love being with a woman who stands up for herself and what she believes in. They don’t want a clone of themselves or someone addicted to the latest celebrity trends. They want someone original who walks her own walk and talks her talk, someone who knows her own mind and what she wants and goes for it. Hopefully that includes him!

6. BEING COMFORTABLE WITH HER SEXUALITY

“Sexuality is a big part of your human nature.

The sooner you embrace this side, the better and more attractive partner you become.”

There’s a lot to be said on what’s sexy and, more specifically, on what makes a woman sexy. It’s not what a girl wears beneath the sheets or what she’s into, it’s the fact that she’s comfortable with her own sexuality and aware of her sexual energy. Romance is just so much more fun with a woman who knows what she’s into and isn’t abashed about it. Better still if she can teach him a thing or two so they can journey into this together. A woman who is truly comfortable with her own sexuality is less likely to judge her partner when he reveals his own preferences and fantasies, this honesty and sharing space can boost confidence and plunge the relationship into all sorts of unimagineable depths.
21 Recent Bestsellers That Every Woman Should Read

There is no bigger turn on for a man than a woman who can take responsibility for her own emotions and reactions to situations instead of projecting all the blame on others. Of course it often takes two to tango when it come to disagreements or upsets within a relationship, but the ability to meet the man on neutral ground with a level headed response is going to keep him from high tailing it to the next available exit or lady. That kind of self responsibility is going to do wonders for a womans attractiveness, as who doesn’t want the chance to redeem themselves in the face of adversity? Emotional responsibility is incredibly alluring to men.

“A girl should be two things: who & what she wants.”

One of my biggest pet peeves is people who don’t know what they want and can’t take responsibility for their own decisions. It’s a real turnoff for either party to have to take the lead all the time. Attractive is being with a person who’s strong enough to be decisive and can be spontaneous and surprising. No one respects a ‘doormat’, a man who really loves a woman does’t want to walk all over her, he would rather walk beside her or sometimes behind her checking out the competition.

9. SHE HAS HER OWN SENSE OF STYLE

Here’s the thing: men are very much visual creatures, It’s just how they’re evolutionary programmed. Something that men absolutely love in a woman is a unique sense of style. Men fall in love whenever they see a woman who has a sense of style that they don’t get to see on every street corner. Be original and consistent.

In a world of radical feminism and battles for gender equality, women are often seen competing head to head with men on the power front. The dynamic between men and women has shifted and more often women are wearing the trousers in relationships. Although strength and independence can be very attractive, so is gentleness, in action, deed, speech and appearance in women. Men still want to wear the trousers and play protector and provider to women if you’ll let them. There is nothing more empowering for a man than feeling strong and useful to his woman, it’s incredibly attractive.

What other traits do you think are most attractive in women that aren’t to do with looks? Comments below please.