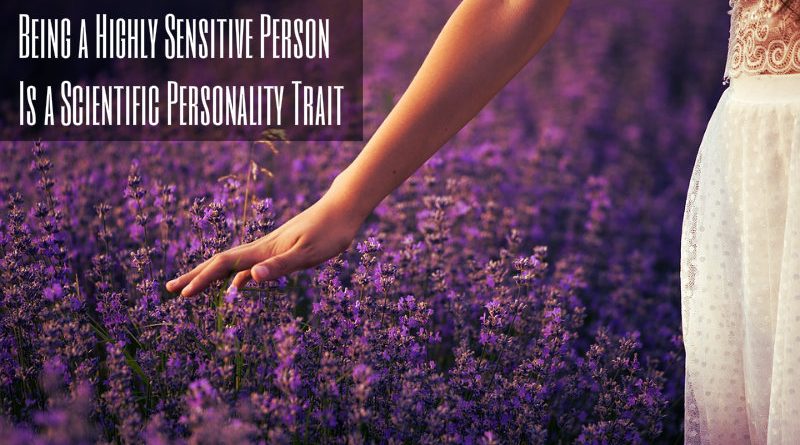 Health and wellness touch each of us differently. This is one person’s story.

Throughout my life, I’ve been deeply affected by bright lights, strong scents, itchy clothing, and loud noises. At times, it seems like I can intuit another person’s feelings, picking up on their sadness, anger, or loneliness before they’ve said a word.

In addition, sensory experiences, like listening to music, sometimes overwhelm me with emotion. Musically inclined, I can play melodies by ear, often guessing which note comes next based on how the music feels.

Since I have intensified reactions to my surroundings, I have difficulty multitasking and can become stressed when too much is going on at once.

But during childhood, instead of being seen as artistic or unique, my mannerisms got labeled as quirky. Classmates often called me “Rain Man,” while teachers accused me of not paying attention in class.

Written off as an odd duck, no one mentioned that I was most likely a “highly sensitive person,” or HSP — someone with a sensitive nervous system who’s deeply affected by the subtleties in their environment.

HSP isn’t a disorder or a condition, but rather a personality trait that’s also known as sensory-processing sensitivity (SPS). To my surprise, I’m not an odd duck at all. Dr. Elaine Aron states that 15 to 20 percent of the population are HSPs.

Looking back, my experiences as an HSP profoundly affected my friendships, romantic relationships, and even led me to become a psychologist. Here’s what being an HSP is really like.

1. Being an HSP affected my childhood

On my first day of kindergarten, the teacher read through the class rules: “Put your backpack in your cubby each morning. Respect your classmates. No tattling.”

After reading the list, she said: “And finally, the most important rule of all: If you have any questions, raise your hand.”

Despite the open invitation, I asked few questions. Before raising my hand, I’d study the teacher’s facial expression, trying to figure out if she was tired, angry, or annoyed. If she raised her eyebrows, I assumed she was frustrated. If she spoke too fast, I thought she was impatient.

Before asking any question, I’d inquire, “Is it okay if I ask a question?” At first, my teacher met my tenuous behavior with empathy, “Of course it’s okay,” she said.

But soon, her compassion turned to exasperation, and she yelled, “I told you that you don’t need to ask permission. Weren’t you paying attention on the first day of class?”

Shamed for misbehaving, she said I was a “poor listener” and told me to “stop being high maintenance.”

On the playground, I struggled to make friends. I often sat alone because I believed everyone was mad at me.
Taunting from peers and stern words from teachers caused me to retreat. As a result, I had few friends and often felt like I didn’t belong. “Stay out of the way, and no one will bother you,” became my mantra.

2. Being an HSP affected my relationships

Whenever my friends had a crush on someone, they’d turn to me for advice.

“Do you think so-and-so wants me to call and he’s playing hard to get?” a friend asked. “I don’t believe in playing hard to get. Just be yourself,” I replied. Even though my friends thought that I over-analyzed every social situation, they began to appreciate my insight.

However, constantly dishing out emotional advice and pleasing others became a pattern that was difficult to break. Scared of being noticed, I inserted myself into other people’s narratives, using my sensitive nature to offer empathy and condolences.

While classmates and friends ran to me for support, they barely knew anything about me, and I felt unseen.

By the time my senior year of high school rolled around, I had my first boyfriend. I drove him nuts.

I was constantly studying his behavior and telling him we had to work on our relationship. I even suggested that we take the Myers-Briggs personality test to see whether or not we were compatible.

“I think you’re extroverted and I’m introverted!” I declared. He wasn’t amused with my hypothesis and broke up with me.

3. Being an HSP affected my college life

In 1997, during a psychology class, my college professor described a personality type that I’d never heard of before, the highly sensitive person.

According to my professor, Dr. Elaine Aron, a psychologist, coined the term HSP in 1996. Through her research, Aron wrote a book, “The Highly Sensitive Person: How to Thrive When the World Overwhelms You.” In the book, she describes the typical personality traits of HSPs and how to thrive in the world as a sensitive being.

My professor said that HSPs are often intuitive and easily overstimulated. He was quick to point out that Aron doesn’t see HSPs as having personality flaws or a syndrome, but rather a set of traits that stem from having a sensitive system.

That lecture changed the course of my life.

Intrigued by the way sensitivity shapes our personalities and interactions with others, I went to graduate school and became a psychologist.

Marwa Azab, a psychology and human development professor at California State University in Long Beach, points out in a TED talk on HSP that highly sensitive traits have been validated by several scientific studies.

While more research is needed around HSP, the varied ways it shows itself in people, and how we can cope with being uber-sensitive, it’s been helpful for me just knowing that the trait exists and that I’m not alone.

Now, I embrace my sensitivity as a gift and take care of myself by avoiding loud parties, scary movies, and upsetting news.

I’ve also learned not to take things personally and can recognize the values of letting something go.

How to thrive in the world as an HSP

Learn how to recognize your emotions. Remember that distressing feelings, like anxiety, sadness, and feeling overwhelmed will be temporary.

Manage stress by exercising regularly, sleeping well, and confiding in trusted friends or a therapist about your difficulties.

Let friends, co-workers, and family members know that you become over-stimulated in loud environments. And let them know how you’ll cope in these situations, “I get overwhelmed by bright lights, if I step outside for a few minutes, don’t worry.”

Begin a self-compassion practice, directing kindness and gratitude toward yourself instead of self-criticism.

Written by Juli Fraga for Healthline

Juli Fraga is a licensed psychologist based in San Francisco, California. She graduated with a PsyD from University of Northern Colorado and attended a postdoctoral fellowship at UC Berkeley. Passionate about women’s health, she approaches all her sessions with warmth, honesty, and compassion. See what she’s up to on Twitter.