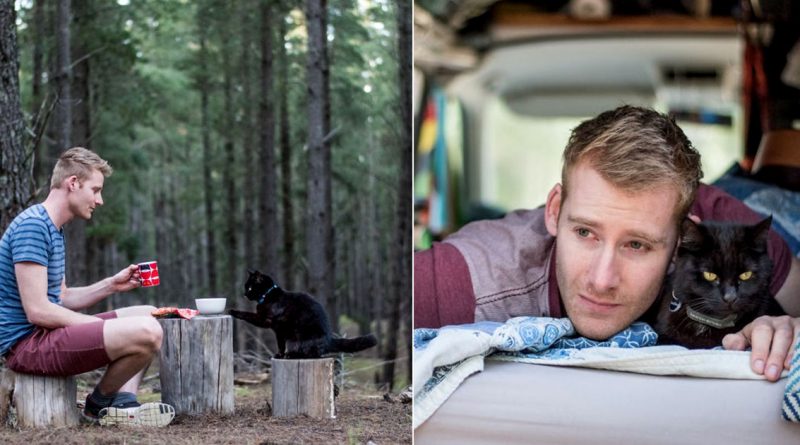 Everyone in this world hopes to be successful one day. Hence we try to make the best out of our careers. Sometimes, however, the motivation to achieve success takes a toll on us and we’re already spending a ridiculous amount of hours working too hard.

Rich East is different. He decided to quit his job and sell everything he had just to travel. And the best part here? He’s accompanied by the cutest of creatures: a cat named Willow. Now that’s something you don’t usually see on everyday papers, right?

Rich and Willow have been travelling around Australia for two and a half years already. 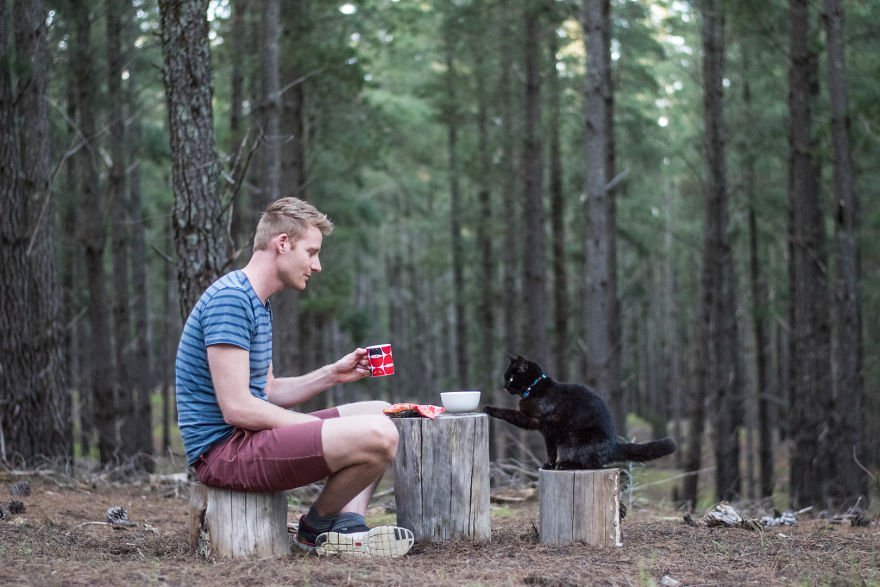 One day, Rich decided to quit his job, sell his assets, and travel the world with his buddy.

Willow, a rescue cat, has already traveled more than 50,000 kilometers across Australia. She travels with Rich in a campervan, and they’ve been traveling since they left their hometown in Hobart, Tasmania. And believe it or not, that was 2.5 years ago.

Rich reportedly sold all of his possessions – including his house – and quit his job just so he and his cat could take the trip of their lives. He admitted, however, that the decision wasn’t easy – let alone bringing Willow. 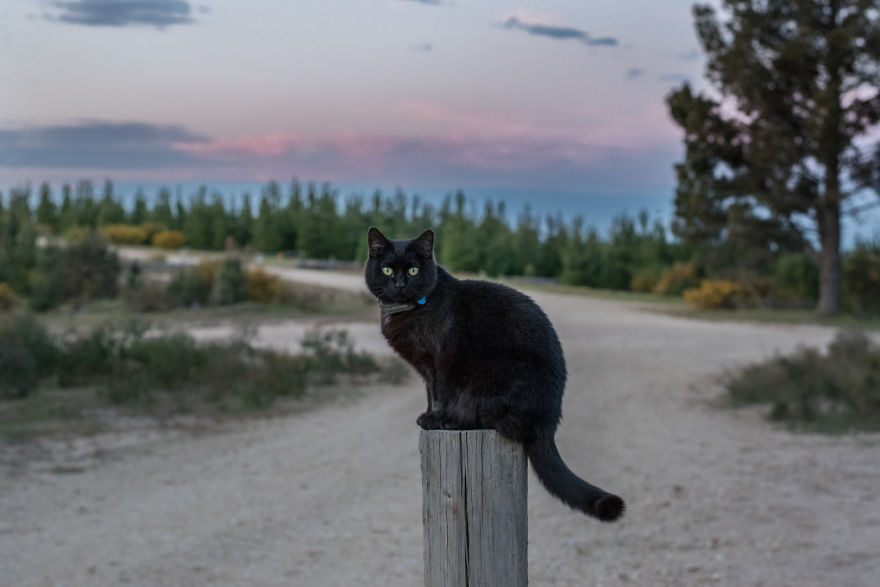 And she’s definitely have the best time her “cat life.” 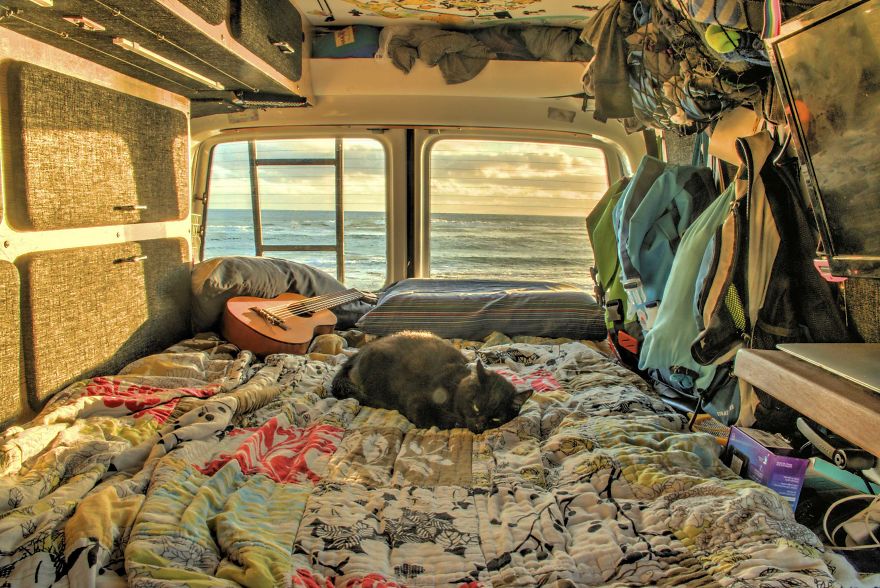 The two just reached South Australia, marking the cat’s official completion of visiting all 6 states and 2 territories of Australia. They’ve also managed to sail the Great Barrier Reef and camped on mountains from Bourketown, Queensland all the way up to the Northern Territory.

Rich said that some people thought of his adventure as something peculiar, considering the inclusion of a cat. He, however, explained that despite the challenges of trekking and moving, Willow doesn’t complain. She even has a special tracker, so Rich can easily keep track of her. While she’s usually on a collar, she can spend most of her time around the camp without any issues.

Rich and Willow travel in a campervan, unraveling the mysteries surrounding their beautiful country. 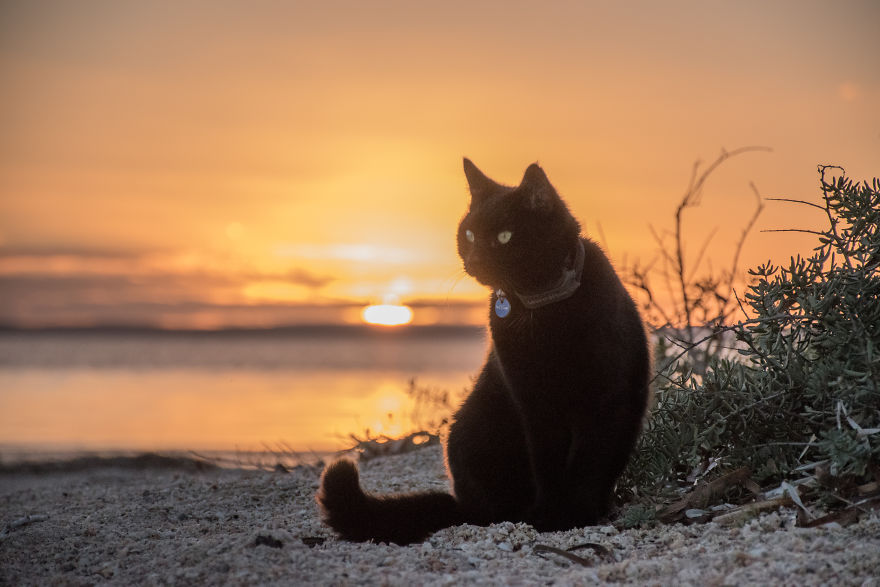 Willow wears a special tracking device, so she can easily be found if lost. 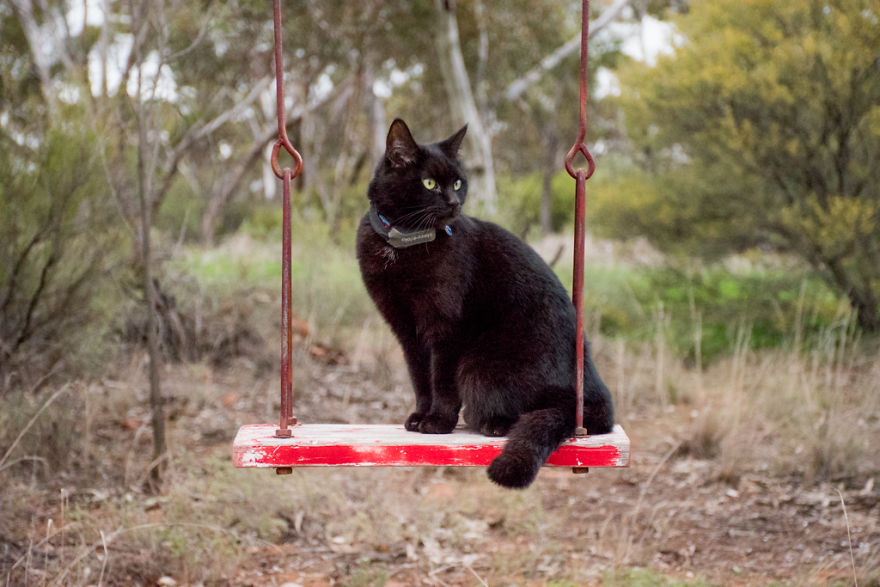 Referring to their adventures together, he said:

I’m so proud of Willow, she’s the cat that made my van a home and the whole of Australia her backyard. She’s the best travel buddy ever!

Rich said that they almost made it home, but they’re far from stopping anytime soon. Not only did they adapted the way of life on the road, they also felt happy and satisfied with their peculiar lifestyle.

The special collar gives Rick peace of mind, as he can easily keep track of Willow’s whereabouts. 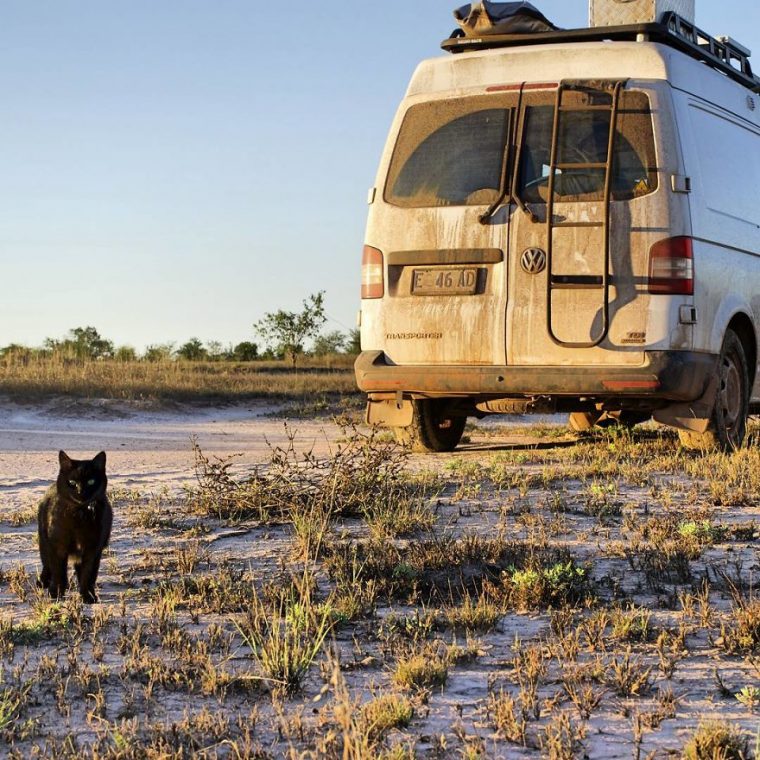 These two are definitely killing it. 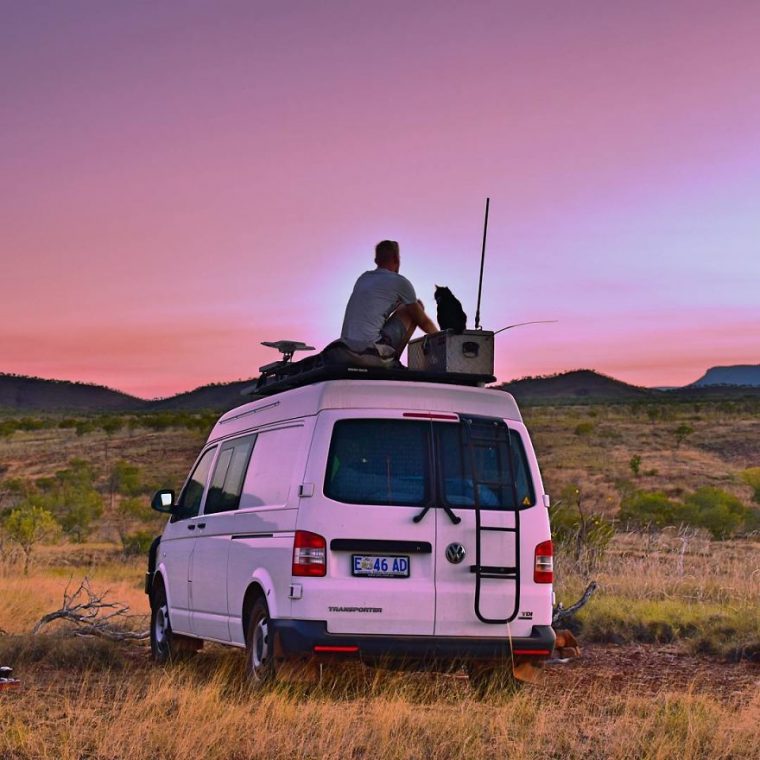 Check out their official site to know more about their travel escapades.