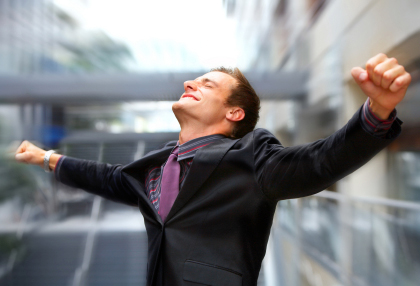 Confidence and self-esteem are not only personality plus points that influence our wellbeing and the way we interact with others but are two of the main ingredients for personal success.

I was once hearing a speech given by his holiness the Dalai Lama in an audio book entitled “A Path to Happiness”, where he confessed how he was dumbfounded to learn, in his first encounters with the west, that there are people who disapprove of themselves or are unhappy with themselves even to the point of self-hatred. He mentioned how up to that point in time self-hatred was something he had never heard of. There is no conceptual equivalence of self-hatred inTibetan culture and language. So for him it was not only a foreign and alien concept but completely absent in his stock of experiences.

I remember that this had struck me as a very peculiar notion. It begged the question of how is it that we come to a point of not liking ourselves or become uncomfortable with ourselves. Surely this is not a natural thing to happen. There is no evolutionary purpose for it.

So why do we sometimes feel this way about ourselves?  Ok, perhaps self-hatred is an extreme example and as far as I know, or rather I hope, it’s not that common. However it comes in a myriad of forms as it goes down in scale. Lack of self-confidence and low self-esteem are examples which in this case happen to be considerably common among us.

Lack of Self-Confidence and Self-Esteem:

We all had those moments when we feel sheepish and insecure about our own image, actions or speech or by having that constant self-critic reminding us how we might not be looking the part.

“This dress doesn’t fit my overweight body…tonight’s party is going to be an utter disaster!”, “who knows what they will be thinking about me?”, “I might be making a fool of myself if I say this or that”, “My boss is looking unimpressed…am I saying the right words?”, “Will I ever make it to my graduation?” and so on and on. The mind keeps on lurking on unassertive and self-defeating thoughts that shake our own confidence up to a point of renouncing or cutting back from fully and actively engaging in life or in the things we want to endeavor.

Perhaps the Dalai Lama’s remark has a lot of truth in it. I am also of the idea that in the west, lack of confidence and self-esteem is more pronounced than other non-western cultures. Probably this has to do with the fact that we base a lot of our own self-image on what the media and pop culture feeds us. In other words we benchmark ourselves with the icons and role-models the media and our peer network ‘impose’ on us and hence we bitterly feel that we are very often not living up to those expectations. This continues to place on us a falsely perceived state of under-achievement, failure and dissatisfaction with our projected image.  Lack of self-confidence and self-esteem are an effect of this.

Seeking Attention & Approval from Others:

Since we are infants (especially when we are infants) we constantly look for our parents or care taker’s attention, loving-care and warmth. Also, their approval or disapproval helps us build boundaries and guidelines on what is and what is not accepted or tolerated in the social environment we live in.

We subconsciously learn this skill from a very tender age and use it throughout our development and adulthood. At school, pupils are extremely influenced by whether or not they are given attention by their tutors and peers. Teenagers are the quintessential example of attention-grabbers as they constantly try to make a statement through rebellious and deviant behavior, nonconformist looks, outbursts of home-made drama and on the other extreme by being totally compliant and trying to please their teachers and people in the authoritative rung above them.

In a few words, attention-seeking and approval-seeking seem to dictate a lot of what we say and do in all areas of our lives and throughout its different stages. More than that it also influences how we perceive ourselves, our self-image, which is what some refer to as our blueprint for outward action.

The Identity Profile of a False Self-Image

It seems then that the common denominator for the lack of self-confidence or low self-esteem episodes lies in the building or measuring our self-image on outward cues (role model behavior through social media or approval from others) rather than inward perceptions. Some features to note about this type of false self-image are that it’s:

How to build self-confidence:

So how do we find and cultivate true self-confidence? …and the natural question that comes prior to that is: Can we program ourselves to be self-confident if it feels that we ‘naturally’ aren’t?

The building up of self-confidence therefore seems to be tied to re-orienting the way look at ourselves from outward to inward.  Going back once more to the Dalai Lama’s remark, this seems to resonate with one fundamental difference in orientation between Western and Eastern cultures. Western cultures are more outwardly oriented, what Carl Jung would have called the collective extrovert type, while Eastern cultures are guided by philosophies that thread more upon the inward path.

Thanks to Soul Hiker for this post | Featured image source