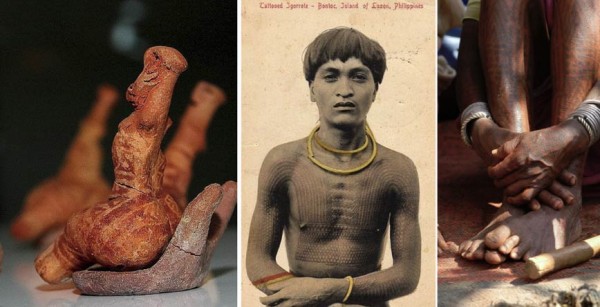 The English word tattoo is commonly said to be derived from the Polynesian word tatau or tatu. This Polynesian word means ‘to mark something’. Additionally, this word is an onomatopoeia, and is derived from the sound that was made by the tools that were used during the process of tattooing. Although this word only entered the English (and other European languages) when the inhabitants of Polynesia were encountered several hundred years ago, tattoos have existed for a much longer period of time, and can be found in many ancient cultures.

At present, the earliest known tattoos can be found on the body of the naturally preserved mummy commonly known as ‘Ötzi the Iceman’. This frozen mummy was discovered in the area of the Italian-Austrian border in 1991, and is believed to be around 5,200 years old.

There are about 57 tattoos of various sorts on the mummy, including dots, small crosses, and straight lines. The distribution of these tattoos seems to be random at first glance. For instance, there are some dots and crosses on his lower spine, several straight lines above the kidneys, and a number of parallel lines on the ankles of the mummy.

A cross-shaped tattoo on Otzi’s knee. Radiolab [Right] Researchers take a sample from the Iceman’s hip in 2014. (Credit: Samadelli Marco/EURAC)

Ötzi’s tattoos may have had a therapeutic function, as the areas where his tattoos were found correspond with areas of stress-induced degeneration. One proposed scenario is that a traditional healer made incisions on the skin of the afflicted area, placed medicinal herbs in the wounds, and then burned it with the point of a heated metal instrument. As a result, the charred residue was incorporated into the resulting scars. This method of treating rheumatic pains has also been used by the Berbers of the mountainous regions of North Africa for centuries.

Another example for the use of tattoos by the ancients can be found in the ancient Egyptian civilization. The body and limbs of some female figurines dating to around 4000 – 3500 BC are decorated with tattoos. Additionally, some females depicted in tomb scenes are also shown to have had tattoos. The best evidence of tattoos in ancient Egypt come from several female mummies dated to around 2000 BC. Prior to the discovery of Ötzi, these were the earliest known tattoos on actual human bodies. 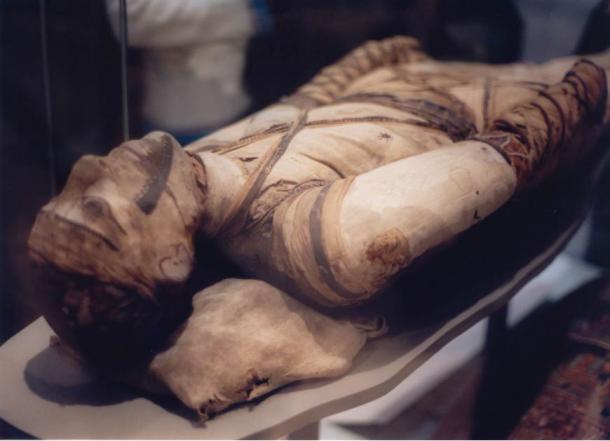 The tattoos on these mummies, as well as some later ones, can be found on their abdomens, the top of their thighs, and their breasts, thus some scholars have suggested that these tattoos were the mark of prostitutes. Others believe that the tattoos were meant to protect the women from sexually transmitted diseases. Alternatively, the tattoos could have served as a form of protection during a woman’s pregnancy and labor. This view is supported, for instance, by the fact that small figures of the god Bes (who was regarded as the protector of women in labor) have been found on the top of the mummies’ thighs.

In some parts of the ancient world, tattoos did not function as protective amulets, but as markers of shame and humiliation. In ancient China and Japan, for instance, the perpetrators of certain crimes were branded with tattoos on their faces.

According to the teachings of Confucius, the body is regarded as a parental gift. Given the importance placed by Confucius on honoring and respecting one’s ancestors and parents, any mutilation of the body, including tattooing, was perceived as barbarous. Since tattoos were permanent, the tattooing of a criminal was a life sentence, and such offenders were relegated to the fringes of society for the rest of their lives. 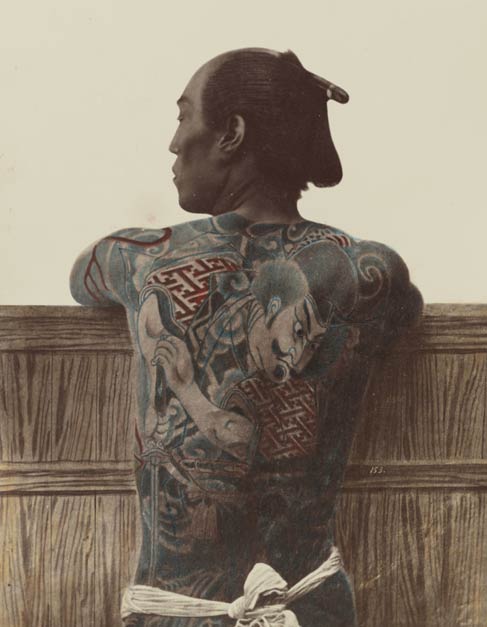 The article is continued HERE

Thanks to Ancient Origins for this post and featured image