Who doesn’t love a good story? When the world is in a bit of a state, it’s good to retreat to the comforting fiction of books, movies, and video games. It’s worth remembering, though, that plenty of fantastical fiction has been inspired by real-life events, both small and gargantuan.

Better yet, some myths and legends have turned out to be true, and in many cases, the reality has outmatched the stories. Last year, we delved into three ancient tales that were based on real events – so, for 2017, here are 3 more epics that science has found to have actually taken place. 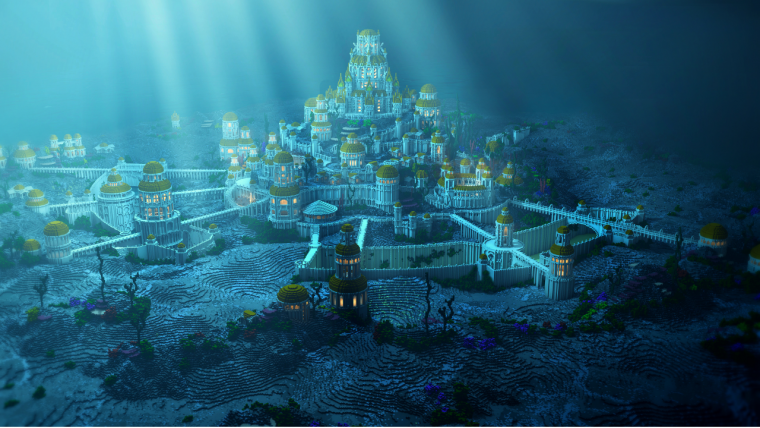 One of the most well-known myths in human history, and first described by Greek philosopher Plato, tells a tale of a civilization at its peak sinking beneath the waves, lost for all eternity. It’s heavily debated, but a number of archaeologists think that it could have been based on the collapse of the Minoan empire.

Around 3,650 years ago, a powerful volcanic eruption rocked Santorini, then referred to as Thera. The vast magma chamber was emptied so catastrophically quickly that the core of the island collapsed, sending a tsunami across to Crete and flooding much of Thera with the inflowing Aegean Sea. Suffice to say, the Minoan civilization sunk beneath the waves and was never heard from again.

No, of course the boat full of animals of every kind wasn’t real. However, as is often the case with apocryphal texts, the epic biblical flood may have at least been based on an earlier tale. In this case, the Epic of Gilgamesh comes to mind.

In this Mesopotamian saga dating back to the 7th century BCE, many gods conspired to create a great flood and destroy the world. One of the gods, Ea, told a man named Utu-napishtim to make a boat to save himself and his family, along with a whole host of animals. The story, part of the first great work of literature in human history, unfolds in pretty much the same way as the biblical equivalent – so is there any evidence that the floods themselves happened?

Geological records show that the Black Sea, north of Turkey, was starved of its glacier meltwater source towards the end of the last glacial maximum, 11,500 years ago. They melted into the North Sea instead, and the Black Sea’s water began to dry up. Around the same time, the Mediterranean Basin was refilling with seawater from the Atlantic Ocean. The two were separated by dry land.

Eventually, the Mediterranean Sea overflowed into the Black Sea. It forced the sediment barrier between the two to open in a fairly dramatic manner, and anyone nearby at the time would have seen a waterfall 200 times the volume of the Niagara Falls filling the basin up so fast that in a single day, an area the same size of Manhattan would have been completely covered twice over.

Could this be the inspiration for these literary floods? Perhaps, but if you’re looking for a direct link between a legendary cascade and its real-life geological event, look to the origins of the Chinese state.

A thrilling study recently confirmed that the worst flood of the last 10 millennia took place along the Yellow River at the exact date referenced in ancient texts. Not only that, but archaeological evidence uncovered at the source also hints that the mythical first line of monarchs in China – the Xia dynasty – may have really existed.

Myths are often beautiful, breathtaking narratives. Science, though, is something far more empowering. It doesn’t just tell stories that are real – it also reveals that fairy tales, just sometimes, aren’t tales at all. They’re true.

Sri Lanka and the Ape-Men Army

The Ramayana, an Indian Sanskrit epic, features a classic ancient kidnap plot. Sita, the wife of the god Rama, is stolen and taken to Demon Kingdom on the island of Lanka. An army of ape-like men, along with his brother Lakshman, built a floating bridge (Rama’s Bridge) between India and Lanka, from which they crossed over and successfully vanquished Ravana, the demon king.

Although this elaborate tale is full of fanciful detail, the bridge itself actually exists. Aerial surveys clearly show a 48-kilometer-long (30-mile-long) submerged stretch of limestone shoals and sand stretching between the two landmasses.

This bridge – which is only a few meters below the water’s surface in some parts – is likely the inspiration for the ancient Hindu legend. It was reportedly above the water until a 15th-century cyclone brought a huge storm surge into the channel and sunk it beneath the waves.