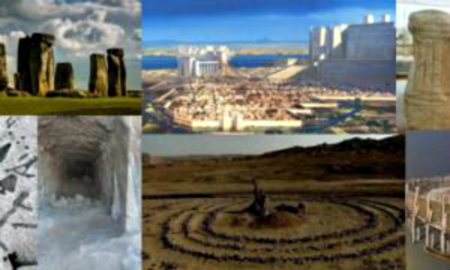 There is no doubt that our ancient ancestors were adept at creating beautiful and masterful structures. The features they managed to construct easily rival some of the most important works built today. Stone circles, architectural structures, petroglyphs, geoglyphs, and fortresses are some of the more elaborate builds that made the news in 2015. 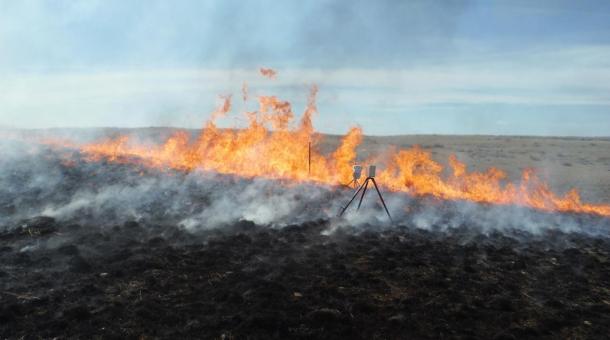 U.S. government archaeologists set a controlled fire in April 2015 to reveal a site in northern Montana that has large Native American stone effigies, cairns, circles, and structures used centuries ago to drive cattle into catchment areas for slaughter. A couple weeks later they sent up an aerial drone to photograph and record data about the ancient site. Officials called the 300-acre site unique. Other Plains Native American sites have separate effigies, cairns, circles or drive lines to direct buffalo, but this is the first to have been found with all of these various structures in one place.

People of the Avonlea culture used the site at least between 770 and 1140 AD, but the exact time frame of the site is not known yet. Researchers intend to do some non-invasive dating methods to more accurately delineate the site’s usage. Since the 1960s the site was known to have a buffalo jump. But vegetation was getting in the way of viewing and studying exactly what was at the site. 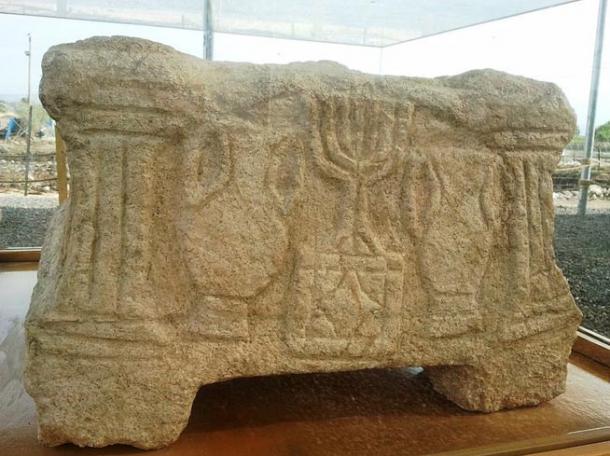 In August, a Catholic priest and archaeologists in Israel began excavating an ancient synagogue and a site that may be the homeland of Mary Magdalene. Archaeologists say Jesus could have preached in the temple, as he is said to have spoken at synagogues in the Galilee – and no other synagogue from his lifetime has been found.

Six years ago Juan Solana, a Catholic priest, found the ruins of a 1st century AD synagogue. The synagogue is ornate with frescoes and mosaic floors. It has an altar, called a bimah in Hebrew, in the center. People call this the Magdala stone. There is a rare menorah carved into the stone. Archaeologists say that this is one of the more important discoveries in Israel in 50 years. They have also found a bowl dating back about 2,000 years. 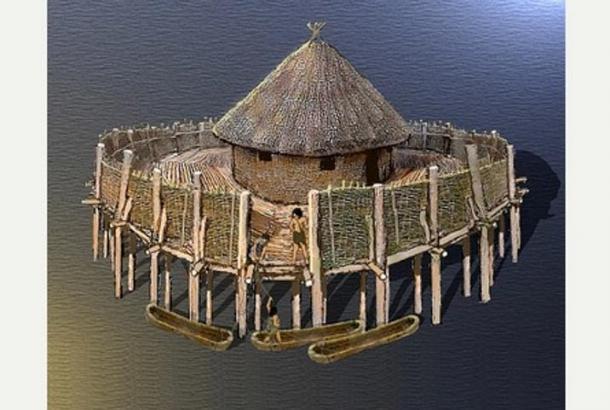 Archaeologists excavating a modern housing estate on the English-Welsh border in Monmouth, UK, discovered an ancient fortress consisting of a wooden island with a fortified farmhouse elevated above the ground on stilts. The structure used to stand above the waters of an ice age lake and may be older than Stonehenge or the Egyptian pyramids. The structure, known as a ‘crannog’, has been dated to 4,900 years ago. The crannog at Monmouth would probably have been occupied by a wealthy family who farmed the fields nearby and gathered fruit, nuts, wild cabbage, and medicinal herbs from local woodlands. They also could probably have hunted wild boar and other animals as well. When attacked, they would have retreated to the fort.

7. Petroglyphs Left in Canada by Scandinavians 3,000 Years Ago? 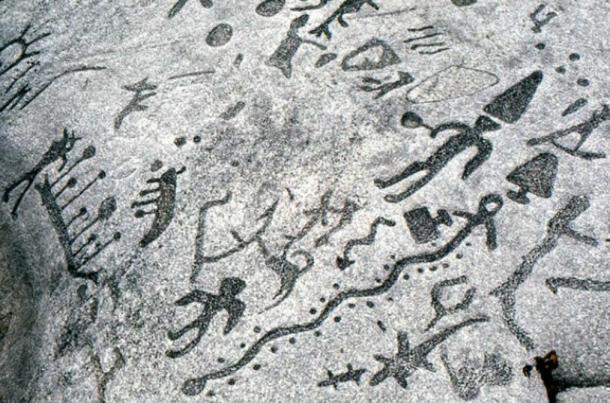 Hundreds of petroglyphs are etched on a slab of crystalline limestone about 180-by-100 feet (a third the size of a football field) in Peterborough, Canada. The site is known to local Natives as the Teaching Rocks. Their legends hold that it is an entrance to the Spirit world. However, there is also a claim of Scandinavians creating the petroglyphs, which has a few prominent supporters. They say that the depictions of animals, solar symbols, geometric shapes, boats, and human figures on the so-called Peterborough Stone reflect a style used in the Old World.

For example, features a large steering oar at the stern, which is only included in ships more than 100 feet (30.5 meters) long. The local Native population is not known to have produced any such vessels. Nonetheless, some argue that the Natives envisioned it as a spirit ship, that it was not meant to depict their own vessels. 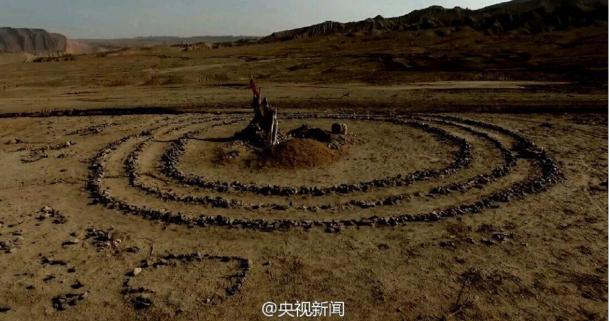 Approximately 200 mysterious stone circles dot the landscape in the hot and unforgiving Gobi Desert. These man-made stone formations sitting atop the sand near Turpan City in northwestern China may be up to 4,500 years old.

The stone formations are arranged in various designs of circles and squares, and it is reported that some of the circles are composed of rocks which aren’t native to the area, and may have been brought from far off for this specific purpose. Lyu Enguo, a local archaeologist who has studied the circles says, “Across Central Asia, these circles are normally sacrificial sites.” Excavations into and beneath the formations were conducted in hopes of finding burials, but no evidence of remains or artifacts were ever found.

Thanks to Ancient Origins for this article |Featured image source