Like fashion, slang changes with the times. A word that seems current one year can feel wildly dated as time goes on. (Just think of how weird it would be to say something is “da bomb” in 2017.) With the help of the Oxford English Dictionary and a few other archival resources, we’ve rounded up the slang words that defined every year. Though some words really reflect their time period, you might be surprised by how old some of our go-to slang actually is.

Hollywood lingo again goes mainstream with this very-appropriate term for the successful and gorgeous individuals who worked in the industry.

Well, here’s the opposite of “Beautiful People.” This year, nerd is cited in Newsweekand defined as an alternative to the phrase “square.”

An excellent word to describe a bar that wasn’t exactly fancy but was still comfortable,  stemming from an article in The New Yorker.

Though hippies defined the latter half of the ’60s, its use as slang predates the decade.

The middle of nowhere, first cited to come from New Hampshire (and the people talking of backwoods areas). 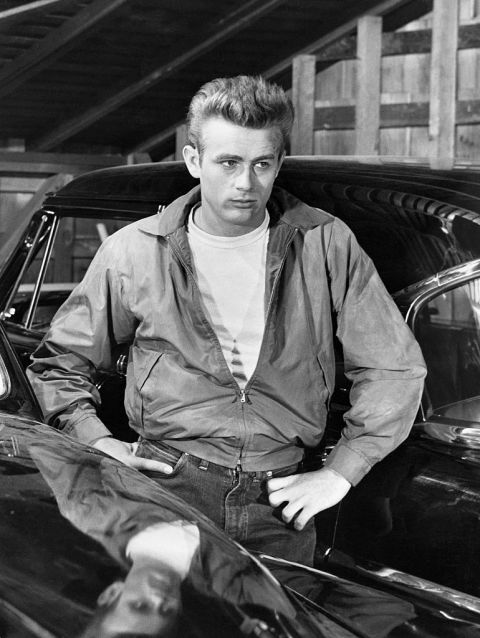 Not the first time it was used, but a Mad Magazine slang round-up of the year includes this timeless term. Sadly, James Dean, the king of cool, dies this year.

In the era that gave rise to the “organization man” and “The Man in the Gray Flannel Suit” comes this corporate-ish term to describe a manager who just can’t let things go.

This was a word that didn’t necessarily refer to a specific place, but the idea of a place. A place that was much cooler than wherever you were —though you could also describe things (like bands or records) as being “endsville” too.

This is a very active year for nuclear testing, giving rise to the shortened word for the weapon, “nuke.”

This phrase, which essentially means to show off, came over from ’50s California surf culture.

The opposite of “Endsville” is “Dullsville,” of course. Need we say more?

Baby boomers were becoming older kids and teens in this decade, which made this word always-appropriate.

Sashaying over from the fashion industry is this oh-so-dramatic phrase, used to describe anything fabulous or gorgeous.

To goof off, especially on the job, was to “Mickey Mouse.” It was a phrase that came over, somehow, from the military.

Writer Tom Wolfe gifted culture with this term that describes someone who is feigning innocence. 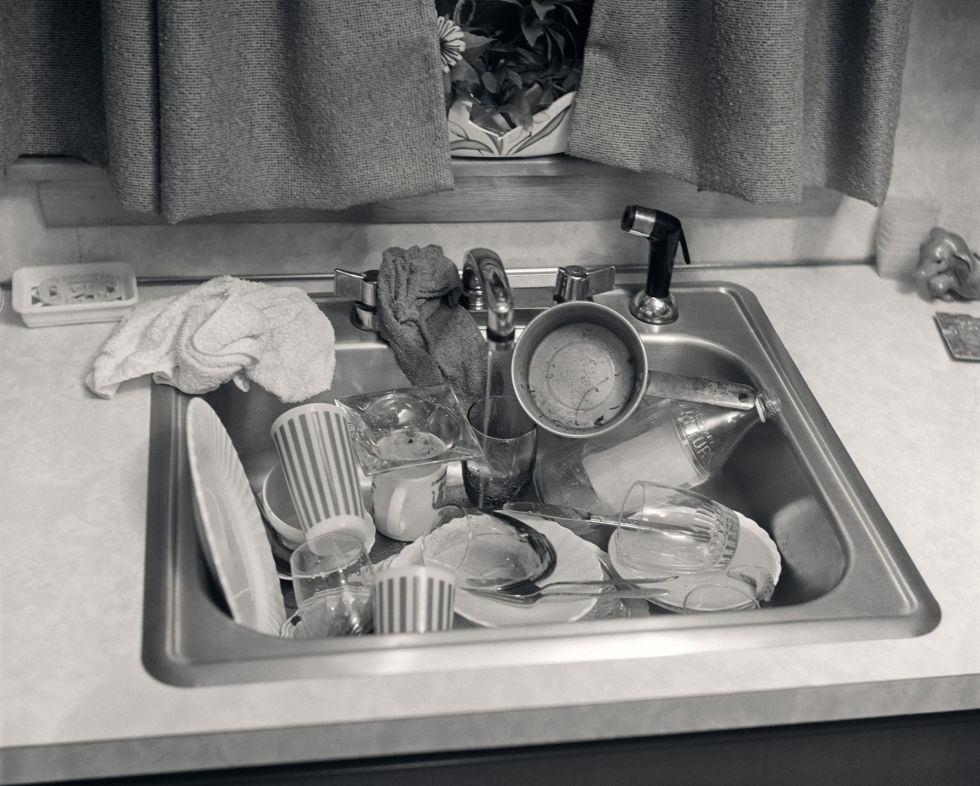 Meaning bad in appearance, “grody” usually described people and places, but perhaps this gross pile of dishes could count as well. Though it’s not mentioned in the OED, we also informally consider this the era of “groovy.”

Jimi Hendrix introduced this fantastic phrase into culture, giving permission for people to let theirs fly loud and proud.

A reference to a rear end, which came from “Laugh In.” This is also the year that Merriam-Webster cites as the debut of “Yo!” as slang.

The academic journal “Current Slang” included this slang term on its 1969 list, which was defined as being “beyond belief.” 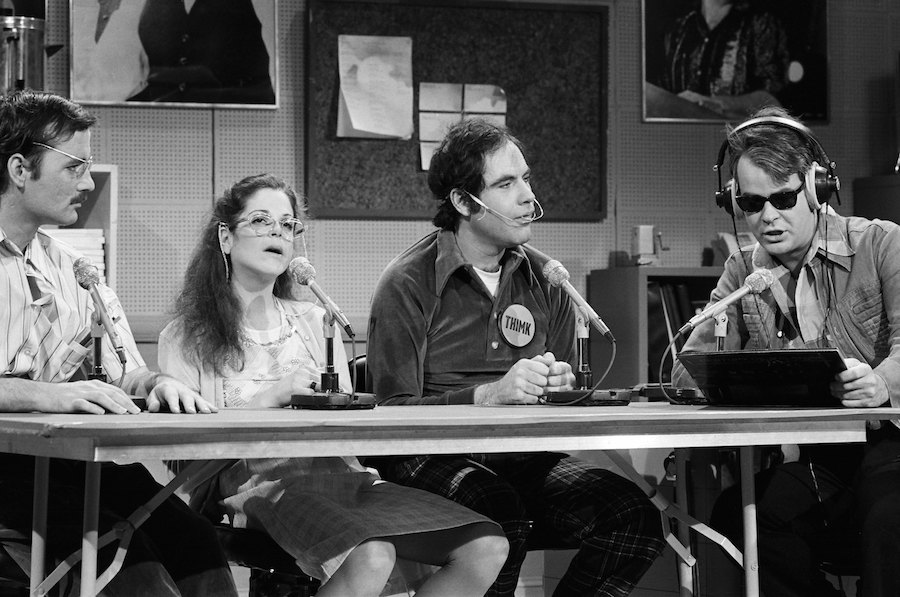 It’s a term that never really died out, as an alternative for nerd.

In the original citation for “deadheads,” you find this sentence: “Passing the acid test of time will probably be the privilege of very few groups, and I don’t think the Grateful Dead will be among them.” It’s a good laugh, right? Deadheads, the followers of the Grateful Dead, still are going strong all these years later.

Perhaps reflective of the increased popularity of therapy (whether individual or group) comes this ever-useful word.

A reference to a carb, interestingly enough, the Atkins diet makes its debut the year before.

Someone who really likes motorcycles; the next year, it is the name of the great band.

This one had two meanings: One was for the burgeoning California health scene (and the “detox” juice cleanses and diets that would become popular), but the other one was for the increased need for alcohol and drug addiction treatment.

Ruthless business jargon begins to permeate culture with this term to describe a particularly aggressive form of negotiation. A feast of food, usually junk food. In a sentence you’d never really hear in a diet-related story, the OED citation for this term includes this sentencefrom an article in the Washington Post that year: “In food, a moderate diet is always right, yet once in a great while a pig-out is desirable.” You’d never find that advice these days.

As boomers get older, so does their desire to look backward. History repeats itself, doesn’t it?

Refers to hair that frizzes rather than cooperates into curls, this would also rise in style as perms took over the ’80s. See also: Yuppie, though it’s contested on when this term actually originated in the U.S.

It’s what you tell the mall security guard to take when you’re just hanging out with your friends. 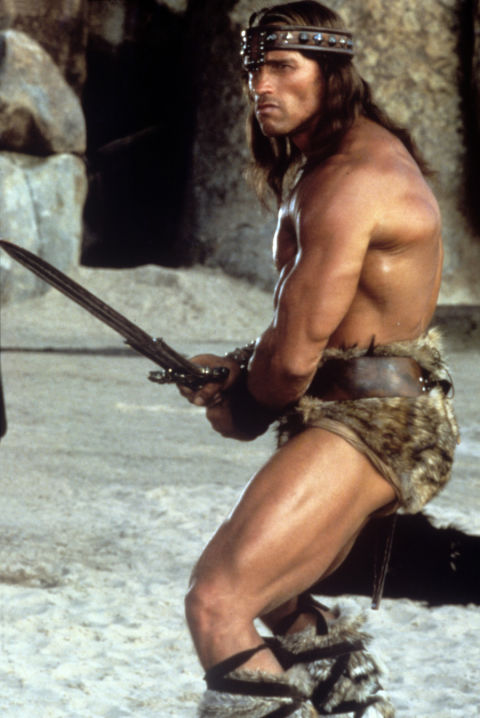 Interestingly, the ’80s brought a whole new vocabulary for describing the male physique. And the buff-est of them all? Arnold.

Though we think of beat boxing as replicating the sounds of instruments with one’s mouth, the original first use of beat box was to describe those electronic drum machines that were enthusiastically embraced in the musical landscape of the ’80s.

“Sixteen Candles” brought this word into the public conscious, which described people and things with that kind of enthusiasm that you can only manage as a teen.

The ’80s were all about being rad, and the state of being rad is clearly “radness.”

Not the kind where you sleep on a friend’s couch while you stay over, but what happens when you just sit around and watch TV all day.

Called such because of its ability to shock, the more acceptable way of saying one of the words on George Carlin’s list of “Words You Can’t Say.”

This phrase jumped from the world of sports — in 1990, Gary Payton, the Mozart of Trash Talking, would be drafted the Seattle Supersonics. This year is also when “bogus” dotted our vocabulary too.

It’s hard to trace this one, but some point to the existence of “Da Bomb” by Kris Kross (released in 1993) for this one.

From Notorious B.I.G.’s “One More Chance” comes this new way to refer to $100 bills.

1995’s “Clueless” introduced “As if” into the vocab of anyone who wished they were Cher Horowitz.

This one was popular before “Clueless,” but still bled into the year. What can we say, pop culture moved slower back in the ’90s.

Remember Will Smith’s “Getting Jiggy With It”? That was 20 years ago. Weird, right? This one was immediately beloved by kids and dads who wanted to seem cool. Because that always works out great.

You know who probably loved this word? Elizabeth Taylor.