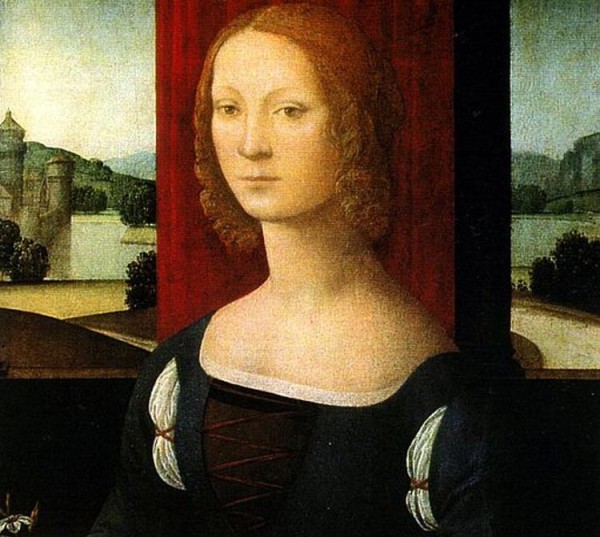 Caterina Sforza was a powerful force to be contended with in Renaissance Italy. She has been called a Renaissance virago (woman who fights like a man), a lioness, tigress, and a warrior woman. One of her more flamboyant acts of defiance was even made famous by Machiavelli. Driven and powerful, Caterina Sforza sometimes took her actions too far, and for that she has also been recognized by many as a tyrant. There was, however, a softer side to Caterina Sforza which became obvious in her personal life.

Born in 1463 in Milan, Caterina Sforza was the illegitimate daughter of the supposedly cruel, lustful, and tyrannical Galeazzo Maria Sforza, Duke of Milan, and his mistress Lucrezia Landriani. At the age of four the Duke accepted his daughter and took her into his home to raise her alongside his other children. Caterina was most likely acknowledged by her father because noble children were often useful tools for politically advantageous marriages as they grew. 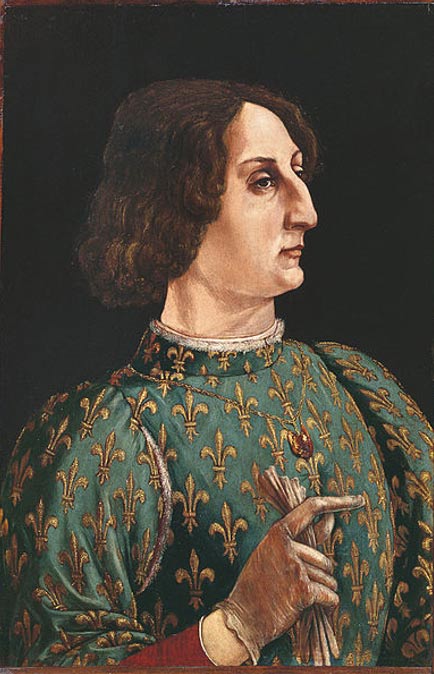 Thanks to Caterina’s stepmother, Bona of Savoy, she received a proper education for the period and was brought up in the Milanese Court. Caterina was a tall, slim, blonde,  and at the age of ten she was already engaged to Girolamo Riario. By the time she was 14 years old she was seen as ready to leave her father’s home and confirmed her marriage to Riario.

Caterina’s First Marriage and her Rise to Power

Girolamo Riario was 29 years old when he betrothed Caterina. Numerous sources say that he was cruel, cowardly, and rather lusty, but his status as the nephew of Pope Sixtus IV made him an adequate choice as Caterina’s husband. Even though it is unlikely that Caterina loved her husband, she bore him eight children (six of which survived childhood). 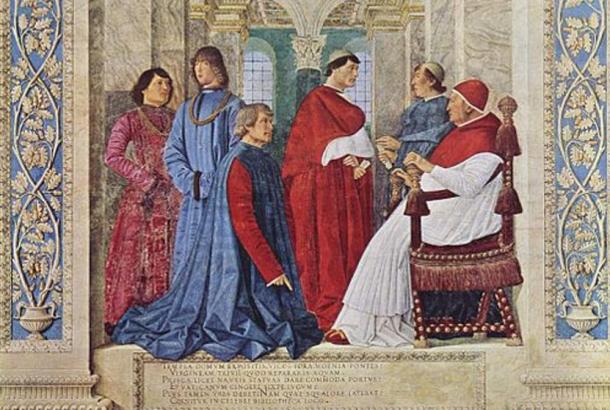 Pope Sixtus IV with his courtiers and nephews. (1477) Girolamo Riario is the figure in blue, second from the left. (Public Domain)

In 1477, Caterina joined her husband in Rome and she was named the countess of Forlì in 1481. When Pope Sixtus IV died in 1784 there was turmoil in Rome and one of Riario’s residences was looted and almost destroyed. Caterina was upset with the happenings in Rome and wanted to oversee the conclave’s actions herself, so she seized control of Castel Sant’ Angelo in Rome – she was 21 years old and seven months pregnant at the time.

When the Cardinals went to Riario, offering confirmation that he would continue to hold his Lordship over Imola and Forlì, as well as providing him with a military post of Captain-General of the Church, and 8,000 ducats in compensation for the damages to his property, he accepted their bargain.

Hearing the news, Caterina increased her soldiery and prepared to increase her resistance against the cardinals, until they agreed to have her supervision over their actions. Nonetheless, with her husband countering her position, just 13 days later Caterina found herself surrendering the castle back to the cardinals. 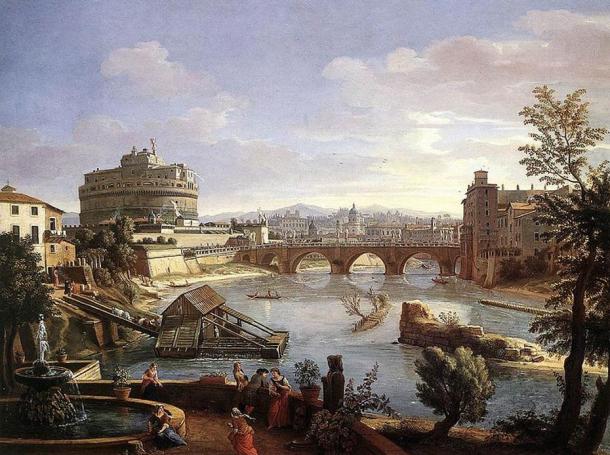 Painting of the Castel Sant’ Angelo in Rome, Italy from the south. (Public Domain)

Following that ordeal, Caterina and Girolamo moved to Romagna, primarily in Forlì and Imola. Things did not calm following the move, as Riario was not a popular ruler for very long and soon he became hated for seizing properties and increasing taxes. There were several uprisings against him, which Caterina supposedly suppressed, by ordering the decapitation of six of the rebels in the city square.

In 1488, things really heated up and conspirators, led by the Orsi brothers, enacted revenge on Girolamo Riario. Following Riario’s murder, Caterina, her mother, two of her half-sisters, one of Riario’s illegitimate sons, and Caterina’s six children were taken hostage.

However, before Caterina was taken captive she had informed her uncle in Milan of her impending problems and told him that he must inform Tommaso Feo, her castellan, that the castle was not to be given to the conspirators under any circumstances.

Soon after, the conspirators took Caterina to the castle and they told Tommaso Feo that he must surrender. Feo answered that the Orsi brothers would do nothing against Caterina for they feared the retaliation of Caterina’s brother, the current Duke of Milan.

When the group returned to the castle a second time, Caterina tricked her captors into allowing her to enter the castle under the pretext that she would talk Tommaso Feo into submitting to their demands. As the abductors still maintained control over Caterina’s children, they accepted. 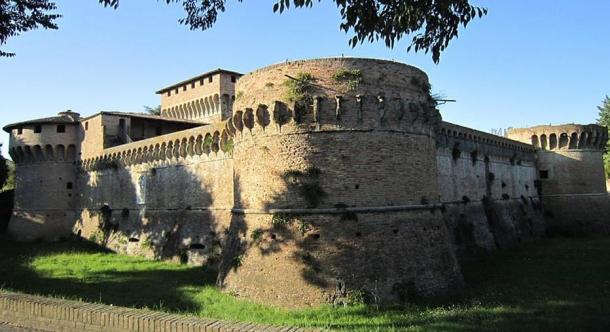 Ravaldino fortress, Forlì, Italy. The Ravaldino was one of the fortresses where Caterina Sforza battled her enemies. (CC BY SA 3.0)

Once inside, Caterina told the conspirators that there was no chance of them taking control of the castle. They stated that they would kill her children, to which she reportedly lifted her skirts and told them that she had what she needed to make more. The Orsi’s were shocked at the response and did not harm her children. Thereafter, Caterina, with the help of her uncle, sought out the conspirators and their families to severely punish their actions.

Thanks to Ancient Origins for this article and featured image