The story of Atlantis is one of the most renowned and enduring tales of a lost city, said to have been swallowed up by the sea and lost forever. Yet, the story of Atlantis is not unique, as other cultures have similar legends of landmasses and cities that have disappeared under the waves, been lost beneath desert sands, or buried beneath centuries of vegetation. Most of these legendary cities have never been found. However, there are now numerous cases of ancient cities, once seen as little more than myths and legends, that have now emerged from the past, raising the question as to how many more lost cities remain buried and waiting to be uncovered.

Iram of the Pillars, the Lost ‘Atlantis of the Sands’ 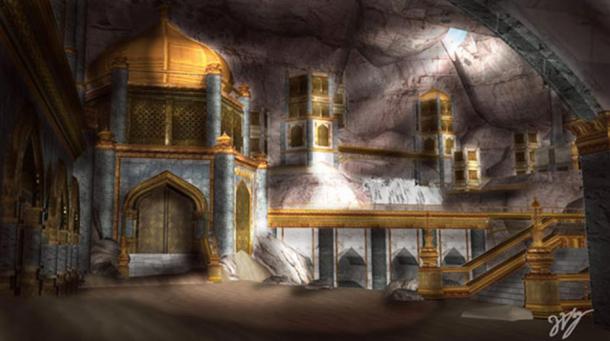 Atlantis of the Sands is a lost city, tribe, or area spoken of in the Quran, which has come to be known as Iram of the Pillars.  In the Quran, Iram was said to be adorned with lofty buildings, and was populated by a group of people known as Ad. As they had turned away from Allah, the prophet Hud was sent to summon them to return to the worship of Allah and to obey Him. The people of Iram reacted with hostility and did not heed the words of Hud. As a result, legend says that the Ad were punished, and a sandstorm was sent against their city for seven nights and days. In the end, Iram vanished beneath the sands as though it had never existed.

In the early 1990s, a team, led by Nicholas Clapp, an amateur archaeologist and filmmaker, announced that they had found the ancient city of Ubar, which was identified as Iram of the Pillars. This was achieved using NASA’s remote sensing satellites, ground penetrating radar, Landsat programme data, and images taken by the Space Shuttle Challenger. These resources allowed the team to identify old camel trade routes and the points at which they converged. One of these converging points was a well-known water hole at Shisr, in Dhofar province, Oman. When an excavation was carried out at the site, a large, octagonal fort with high walls and tall towers was uncovered. The team announced they had found the legendary Iram of the Pillars. While doubt still remains as to whether Ubar and Iram really are one and the same, it has been suggested that at the very least, the story of Iram was inspired by the city of Ubar, and over time became altered to incorporate a message to obey the will of Allah.

Uncovering The Lost City of Helike 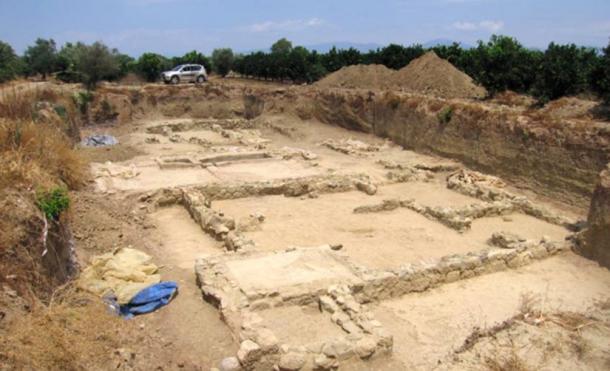 The legendary ancient city of Helike was situated in Achaea, on the northwestern part of the Peloponnesian peninsula. During its heyday, it was the leader of the first Achaean League, a confederation that consisted of 12 cities in the surrounding area. Due to this position, Helike was an important economic, cultural and religious centre. The patron god of Helike was Poseidon, the Greek god of the sea and earthquakes. This is unsurprising, given Helike’s position in one of the most active earthquake zones in Europe.

One night during the winter of 373 B.C., the city of Helike was obliterated. Some signs of the city’s impending doom were recorded, including the appearance of ‘immense columns of flames’ and the mass migration of small animals from the coast to the mountains several days prior to the disaster. A major earthquake, followed by a large tsunami from the Gulf of Corinth, wiped the city of Helike from the face of the earth. The rescue party that came in the following morning found no survivors.  Over time, the location of Helike was lost.

In the early 19th century, speculations about the actual site of Helike began to spread. However, it was not until 2001 that the ancient city was finally unearthed in Achaea, Greece. In 2012, the destruction layer was uncovered, which confirmed that the site is indeed Helike. 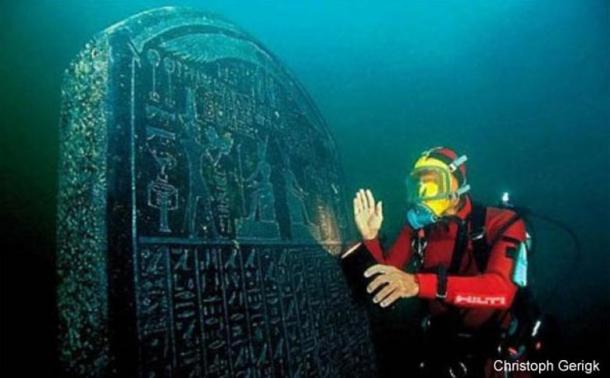 The city of Heracleion, home of the temple where Cleopatra was inaugurated, plunged into the Mediterranean Sea off the coast of Egypt nearly 1,200 years ago.  It was one of the most important trade centres in the Mediterranean before it sank more than a millennium ago. For centuries, the city was believed to be a myth, much like the city of Atlantis is viewed today.  But in 2001, an underwater archaeologist searching for French warships stumbled across the sunken city.

After removing layers of sand and mud, divers uncovered the extraordinarily well preserved city with many of its treasures still intact including, the main temple of Amun-Gerb, giant statues of pharaohs, hundreds of smaller statues of gods and goddesses, a sphinx, 64 ancient ships, 700 anchors, stone blocks with both Greek and Ancient Egyptian inscriptions, dozens of sarcophagi, gold coins and weights made from bronze and stone. It was one of the most significant underwater discoveries in over a decade.

The Rediscovery of Urkesh: Forgotten City of the Hurrians 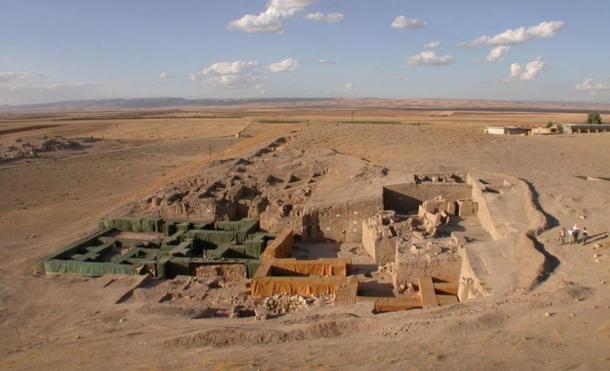 Ancient Urkesh was once a major hub of the ancient Near Eastern Hurrian civilization, known in mythology as the home of a primordial god.  It flourished between 4000 and 1300 BC as a major political and religious center, and an important stop on both the north-south trade route between Anatolia and the cities of Syria and Mesopotamia, and the east-west route that linked the Mediterranean with the Zagros Mountains of western Iran. It was also the capital of a kingdom that controlled the highlands immediately to the north where the supplies of copper were located, which made the city wealthy and rich.

Little was known about Urkesh and the mysterious Hurrian civilization, as the ancient city had remained buried beneath desert sands for thousands of years, lost to the pages of history. However, in the 1980s, archaeologists discovered Tell Mozan, a towering mound that hid the remains of an ancient palace, temple, and plaza. A decade later, and researchers made the exciting realization that Tell Mozan was the lost city of Urkesh.

The excavations revealed most of what is known today about the early culture of the Hurrian people. The uncovered remains of this fabled ancient city revealed an open plaza, a monumental flight of stairs and a deep underground shaft – the ‘Passage to the Netherworld’ which was related to religious rituals. A large royal palace yielded written evidence that was able to identify the ancient city. 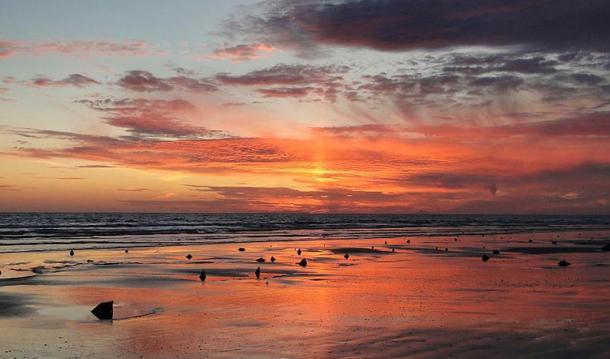 During the sixth century, a legendary kingdom known as Cantre’r Gwaelod (meaning ‘The Lowland Hundred’) was said to have been ruled over by a king by the name of Gwyddno Garanhir.  Up to around the 17th century, Cantre’r Gwaelod was known as Maes Gwyddno (meaning ‘Gwyddno’s Land’), so named after this Welsh ruler. An earlier version of the legend associated with Maes Gwyddno asserts that the land was submerged under water when Mererid, a priestess of a fairy well, allowed the water to overflow, sinking the kingdom forever.

Several decades ago, the emergence of prehistoric forests during stormy weather in Cardigan Bay, in the west of Wales, led to the suggestion that it may be the location of the legendary Cantre’r Gwaelod. Indeed, investigations revealed a wattle walkway with associated posts, fossilized human and animal footprints, as well as some human tools. The location of the ancient kingdom is now believed to lie between Ramsey Island and Bardsey Island in Cardigan Bay, and to extend about 32 kilometers west of the current shoreline into the bay.