Through the years, people have seen tantalizing mentions of the lost ancient Roman city of Ucetia on stelae in southern France. But until now, there was no evidence that it really existed. However, when archaeologists were brought in to assess a site for a new school and canteen, they found abundant evidence of the lost city of Ucetia outside the modern town of Uzés, which is near Nimes. And what they found was simply stunning.

The team of archaeologists, led by Philippe Cayn of the French National Institute for Preventive Archaeological Research, found footprints of several buildings, one of which had magnificent tile mosaics on the floor. It is unknown whether this building was a public or private one, but Cayn said the presence of a colonnade and the mosaic in the 250 square meter (820 square feet) building may indicate a public purpose. 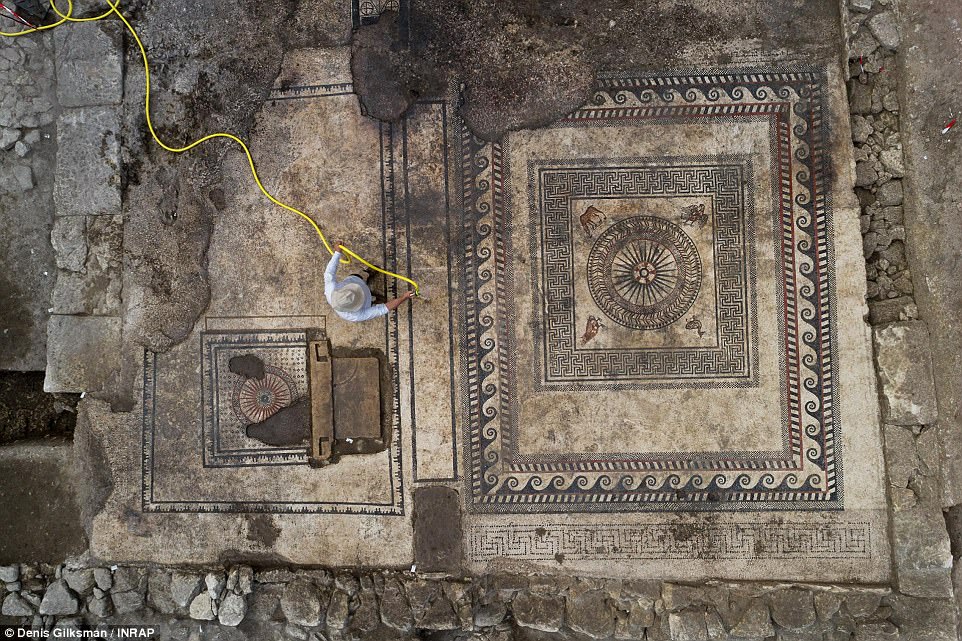 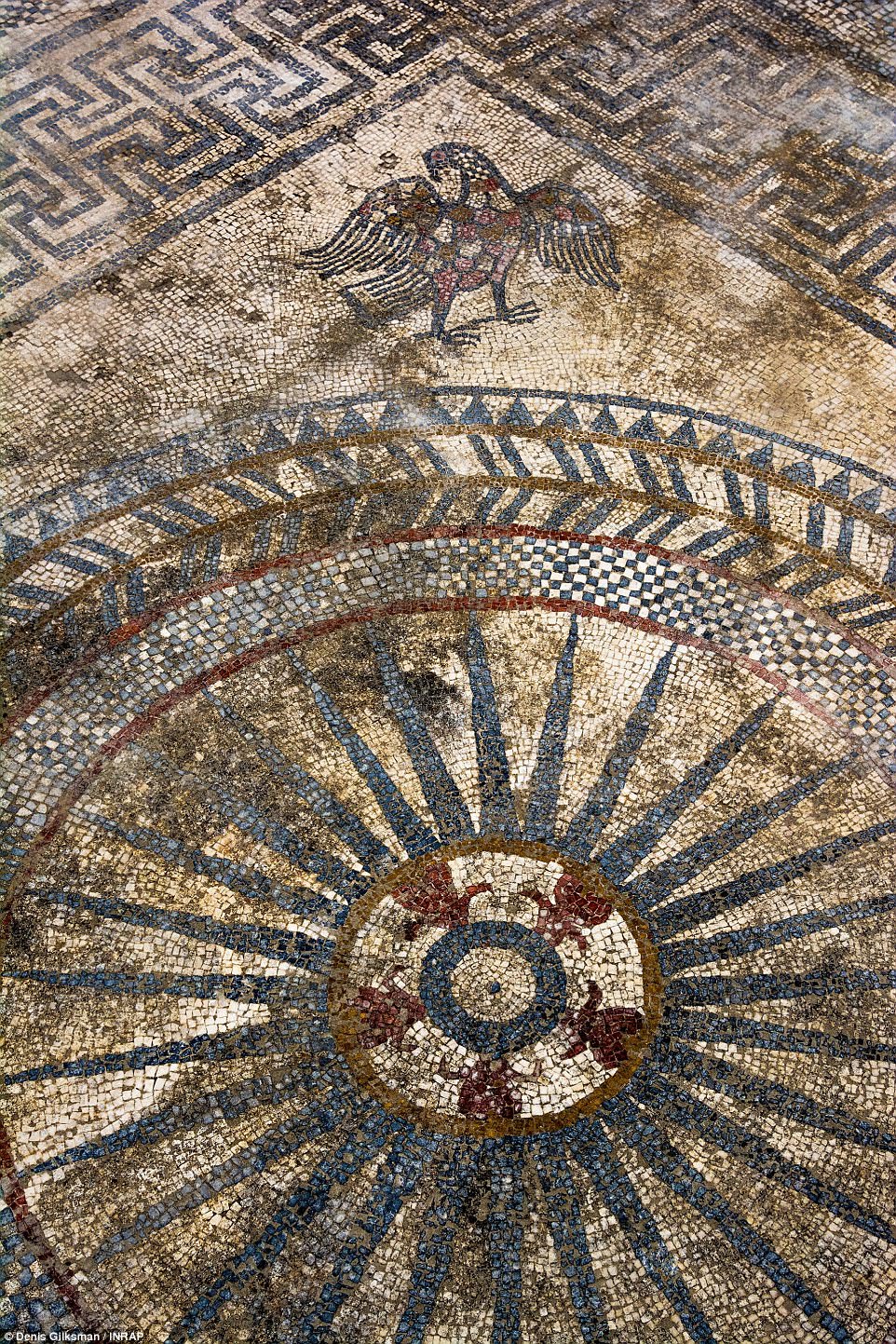 “Prior to our work, we knew that there had been a Roman city called Ucetia only because its name was mentioned on stela in Nimes, alongside 11 other names of Roman towns in the area. It was probably a secondary town, under the authority of Nimes. No artefacts had been recovered except for a few isolated fragments of mosaic.”

Cayn told the website that the mosaic is very impressive for its size, the motifs of geometric shapes and animals and because it is well-preserved. He said sophisticated mosaics were common among the Romans in the 1 st and 2 nd centuries AD, but this one is surprising because it is much older. It goes back about 200 years earlier, to the 2 nd or 1 st century BC. 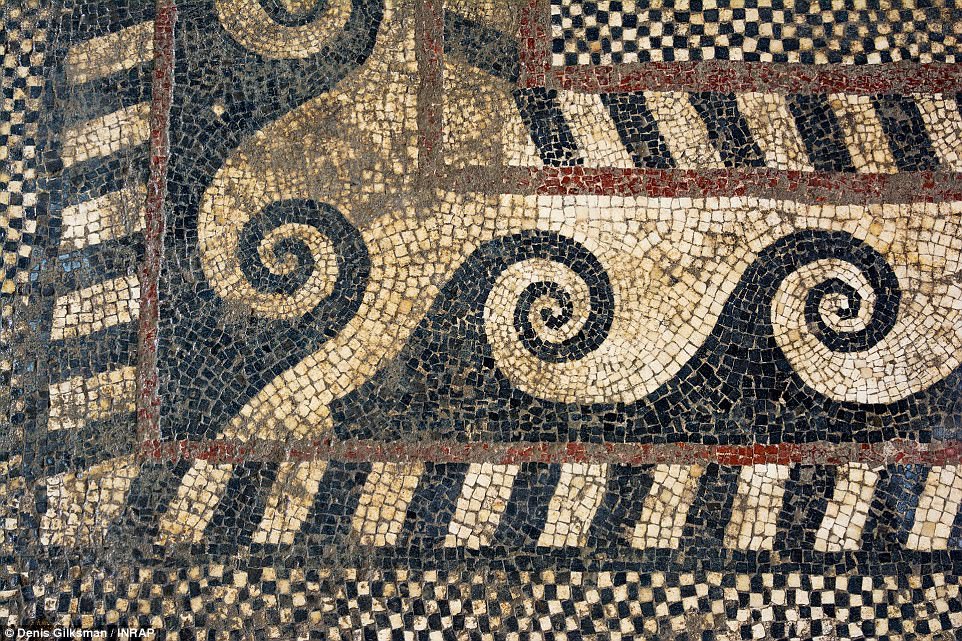 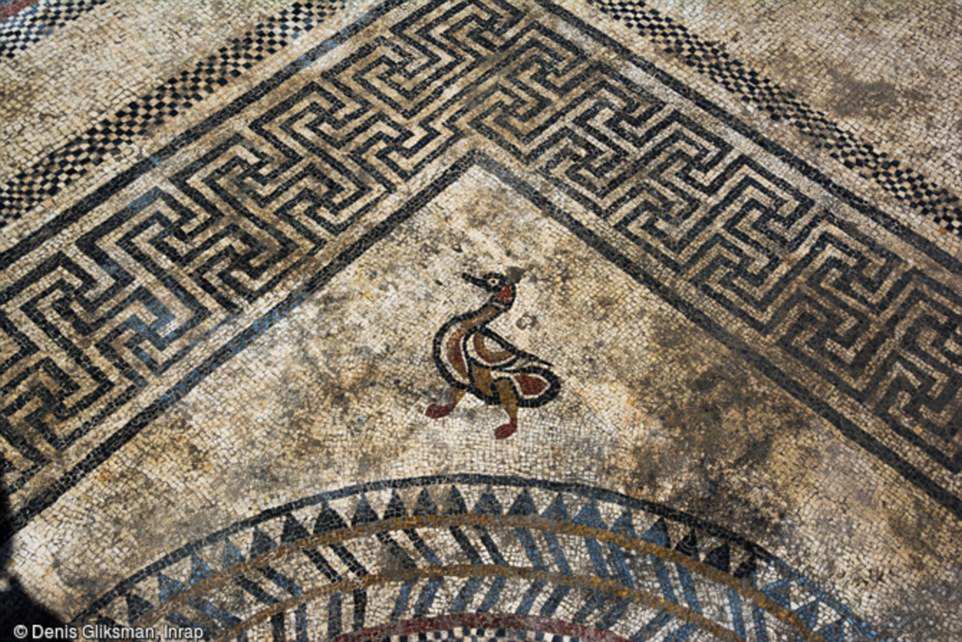 Overall, the site is 4,000 square meters (13,000 square feet). The team ascertained that people lived in Ucetia from around the 1 st century BC until the 3 rd or 4 th century AD, when the city was abandoned. The reason people left Ucetia is a mystery to the researchers, but people again lived there from the 4 th to the 7 th centuries AD. Archaeologists also found a few ruins from the Middle Ages. 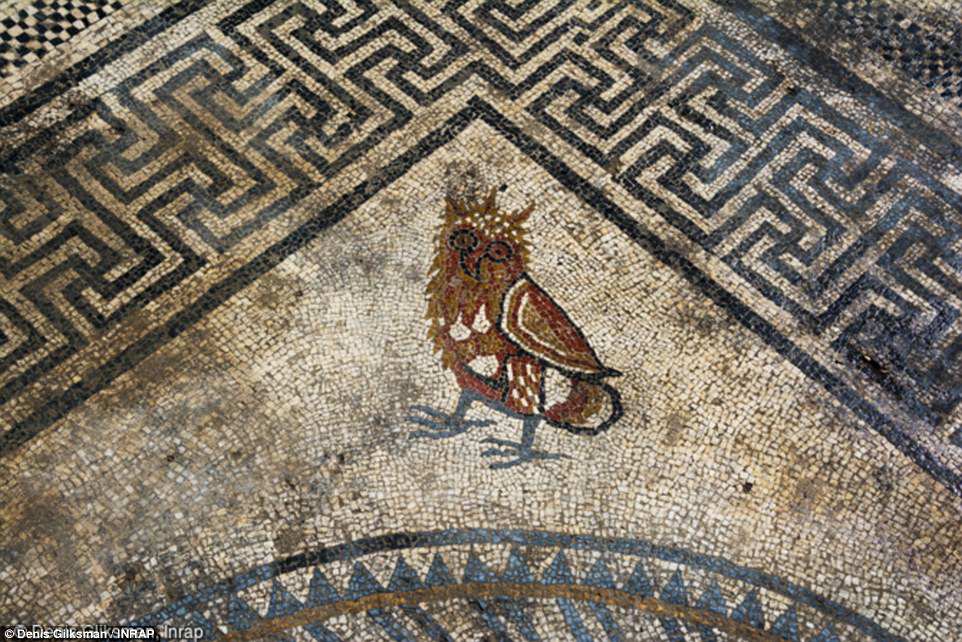 The Roman conquest of the area occurred in the late 2 nd century BC. The researchers found a wall and remnants of several other structures dating to just before the Romans occupied the area. One of these ruins was a room with a bread oven. At some point the room was later converted to a space with a dolium—a large ceramic container. Dolia were made of fired clay and were up to 6 feet tall (1.83 meters) tall. People used them to store food and beverages, including grains and wine. 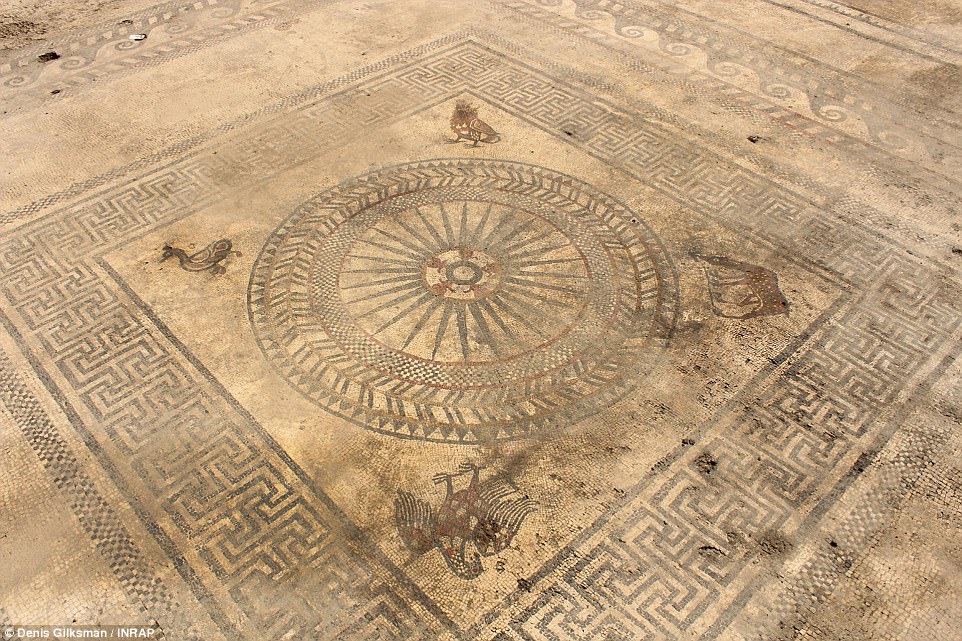 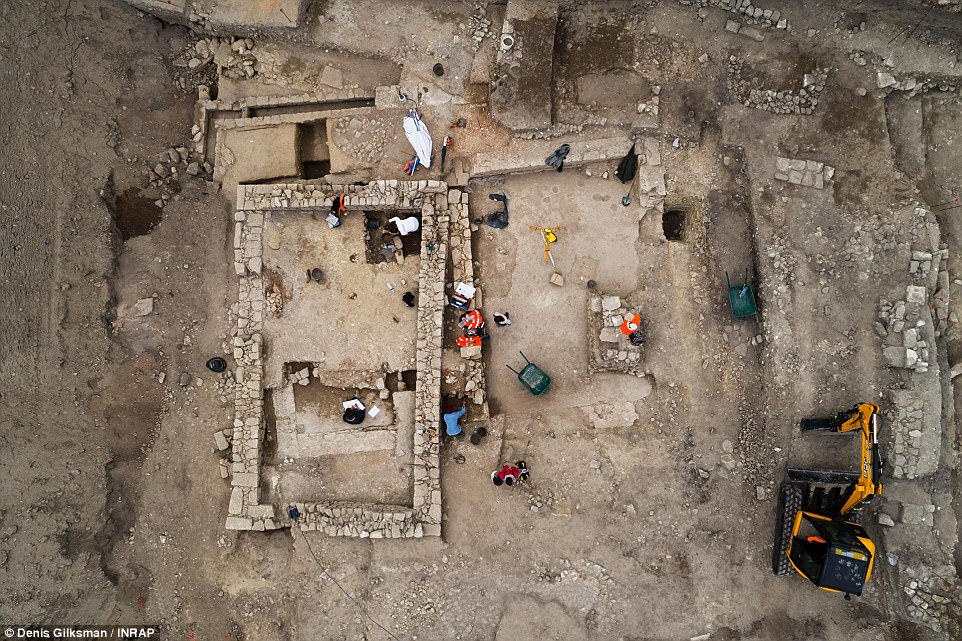 This is the foundation of a building dating to the 7 th century AD. The entire site lies near the modern city of Uzes. Evidence of the first people first to live in Ucetia goes back to around the 2 nd century BC. Authorities found the ancient town when archaeologists surveyed and excavated to find any old buildings in 2016 to prepare for construction of a school.

Of the greatest interest to INRAP, Ibitimes.co.uk says, were the mosaics. They depicted traditional geometric shapes and medallions, including chevrons, rays and crowns. One of the medallions is adorned with images of a fawn, a duck, an eagle and an owl.

It is possible the building in which the mosaics were made was the foyer of a rich person’s home. Cayn said the mosaics and colonnades may have been meant to impress visitors.