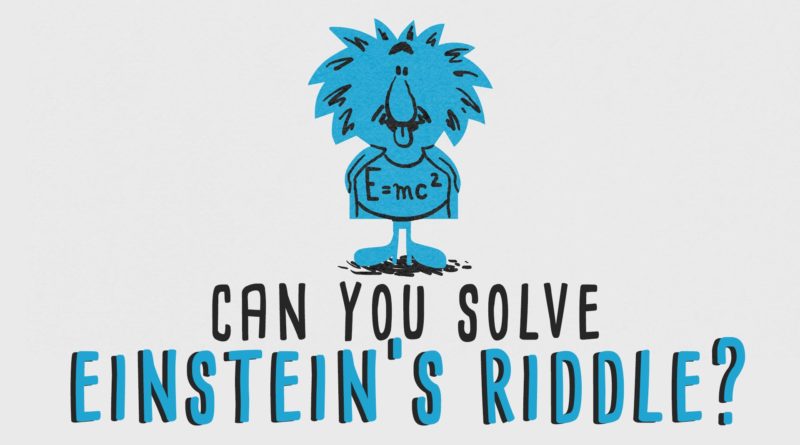 Well I don’t know about you, but this riddle from Einstein seriously made my brain hurt.

The riddle you are about to read is tricky. As it should be, considering it is claimed to have been written by Einstein as a boy. Surprisingly, it has also been attributed to Lewis Carrol, although there’s no evidence to back up either claim. However, the popular logic puzzle has earned the nickname “Einstein’s Riddle.”

It is believed that only 2% of the world can solve it, even though it really just takes some logical thinking and deduction skills to figure out what’s going on.

See if you can solve it for yourself! Here is Einstein’s Riddle:

There are five houses in five different colors in a row. In each house lives a person with a different nationality. The five owners drink a certain type of beverage, smoke a certain brand of cigar and keep a certain pet. No owners have the same pet, smoke the same brand of cigar, or drink the same beverage. Other facts:

The question is: who owns the fish?

Believe it or not, there aren’t any tricks involved, and this riddle can be solved. If you don’t think you have the patience to work through the riddle, you can watch PoETheeds’ video, which takes you through the process of solving it step by step.