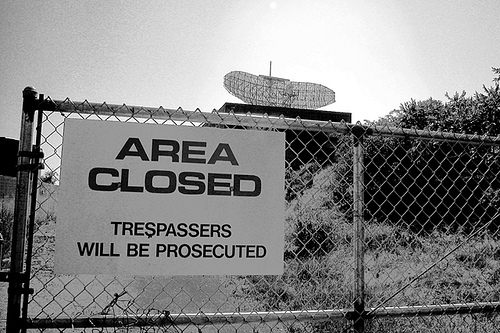 Netflix’s Stranger Things is proving harder to kill than that creepy Demogorgon monster, and it’s only going to grow now that Season 2 has officially been announced. The fan frenzy is a testament to the megahit’s intricately layered details. While we’ve gone deep on many aspects of our favorite show from this summer, one element of the series’ backstory bears closer examination: a real-life government experiment that inspired Stranger Things, known among paranormal buffs as the “Montauk Project.”
The cultural phenomenon that we now know as Stranger Things was sold under the working title Montauk, and before producers switched the setting to a small town in Indiana, the eerie action of Season 1 was going to take place way out at the eastern end of Long Island. But the thread looped through the eight Stranger Things episodes, the idea that contact between Eleven and the Demogorgon may have opened the portal to the Upside Down, has roots in an incident that conspiracy theorists believe occurred in Montauk in 1983, and ended secret experiments that the US military had been conducting on children for four decades.

That far-fetched scenario that corresponds to Stranger Things Season 1 is only part of the Long Island legend. So hold on to your Eggos — the story of the so-called Montauk Project gets even weirder than what we’ve seen on the Netflix gem so far. 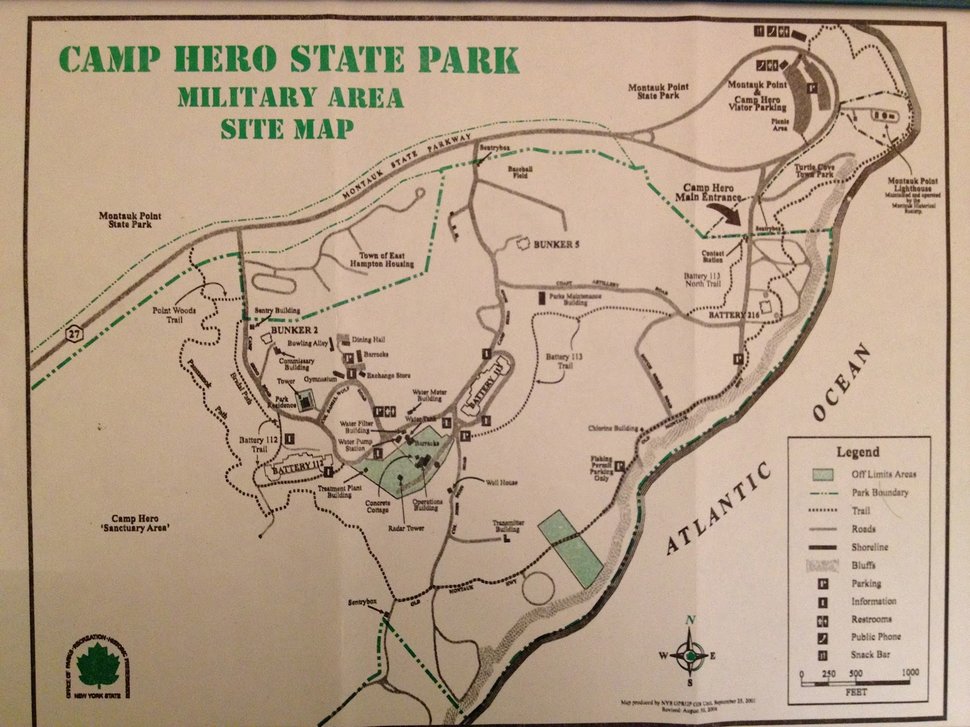 NYS PARKS
Exposing the “Montauk Project”
Rumors that the US government had been conducting experiments in psychological warfare in Montauk at either Camp Hero or the Montauk Air Force Station began to bubble up in the mid-1980s. Preston B. Nichols legitimized the theorizing when he detailed the supposed events in a series of books. In The Montauk Project: Experiments in Time (1982), Nichols recovered repressed memories about his stint as a subject in a mysterious experiment; soon, others involved with the Montauk Project came forward to corroborate some of Nichols’ seemingly outlandish claims.

As these and other subjects recovered more of their memories, they gave numerous interviews about their involvement in experiments involving space, time, and other dimensions. Depending on the interview, and when it was documented, the scope of what was happening in Montauk is expansive enough to include many other conspiracies. As of now, the going narrative leading up to the 1983 incident begins during World War II with a much more famous covert military operation. 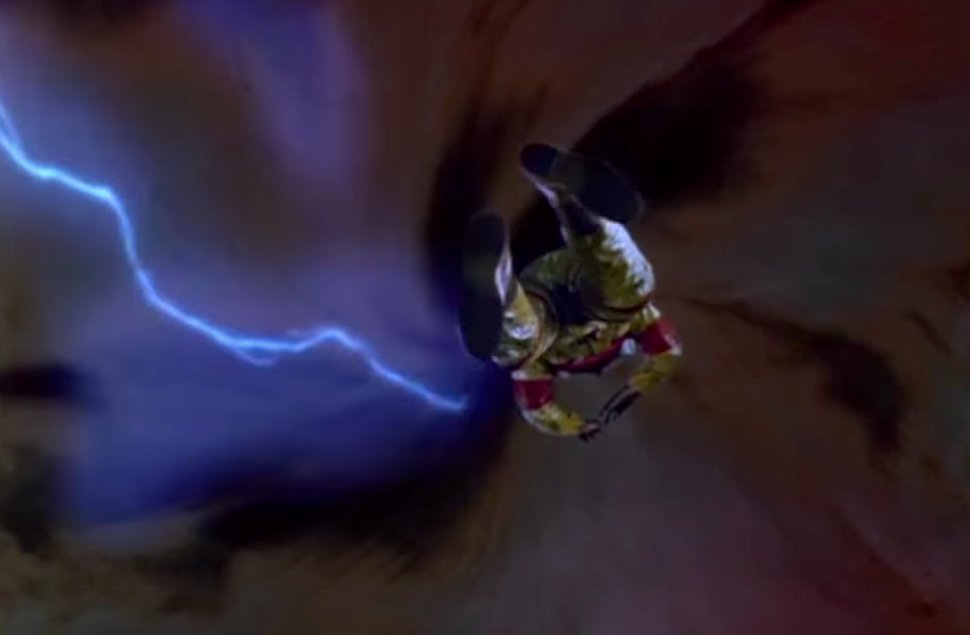 THE PHILADELPHIA EXPERIMENT (1984) | NEW WORLD PICTURES
How the “Philadelphia Experiment” ties in
In October 1943, the US military supposedly conducted secret experiments in the naval shipyard in Philadelphia, Pennsylvania, on a quest to discover a way to foil Nazi radar so that they could safely transport supplies to the Allies in Europe. The Navy has never admitted to any of these tests taking place, but according to conspiracy theorists as far back as 1955, it not only succeeded in uncovering how to make its ships invisible to radar, but accidentally managed to cause a battleship to travel… well, no one’s quite sure. To another time? Into a different dimension? The ship went somewhere, and after the military learned about the negative effects overexposure to their version of the Upside Down had on the crew, it shut the project down.

Hollywood got its hands on this story before Stranger Things. The 1984 movie The Philadelphia Experiment, adapted from a book about this conspiracy, follows two sailors serving on the U.S.S. Eldridge during World War II. Just like in “history,” the experiment crew finds itself and the ship blinked 40 years forward in time. Once in the future, they realize that the Philadelphia Experiment has been revived in the ’80s, but as a way for the government to make an ICBM shield. (Thanks, Cold War!) The two experiments connect through a time wormhole and the generators on the Eldridge keep the portal open as it begins to suck in matter from 1984. The Philadelphia Experiment underwhelmed at the box office, but for a select few, the movie triggered a new, and old, life.

A portal to Montauk
After seeing The Philadelphia Experiment in 1988, 57-year-old Al Bielek couldn’t shake the eerie feeling that he’d seen it somewhere before. Undergoing various forms of New Age therapies, Bielek was able to uncover repressed memories of having worked on the Montauk Project in the 1970s and ’80s; he also ascertained that his memories had been locked away to keep the experiment secret. As his memories came flooding back, he learned that his name wasn’t Al Bielek, after all; born Edward Cameron, he’d also worked on the Philadelphia Experiment with his brother, Duncan Cameron, when both men were in their mid-20s.

A few years later, Al Bielek presented his story at a Mutual UFO Network conference. The Philadelphia Experiment was real, he said, and he was the proof, having lived out the World War II section of the movie. Bielek claimed that, sometime in the 1940s, Nikola Tesla figured out how to make the U.S.S. Eldridge invisible and, in the process, opened up a time wormhole into the future that sucked in the ship. The Cameron brothers were on board, jumping off the vessel and landing at Montauk’s Camp Hero — on August 12th, 1983. The military promptly sent them back through the wormhole with a mission: destroy the equipment on the Eldridge. According Bielek, the brothers completed their mission, though that didn’t stop the government from doing more experiments on building portals into the future.

During a 1990 speech for the Mutual UFO Network, Bielek described in vague terms how he’d been de-aged, had his memory wiped, and had been forced to live out the rest of his life as “Al Bielek.” He explained how, in the early 1960s, he (as Edward) had convinced his father to have another child so they could port Duncan’s consciousness from 1983 into the sibling born in 1963. Bielek referred to this version of Duncan as a “walk-in soul.” He also suggested that a 1983 accident (as detailed as he gets) caused him to begin aging rapidly.

Bielek’s stories circulated and gained the attention of Preston Nichols, who would befriend Bielek and tell the Cameron brothers’, and his own, story. In The Montauk Project: Experiments in Time, Nichols writes of his time working at Camp Hero on the secret experiments. Specifically, during the 1970s, he claimed, he’d worked with Bielek on something called the “Montauk Chair,” a piece of furniture that used electromagnetics to amplify psychic powers.

Continue to Thrillist for more…