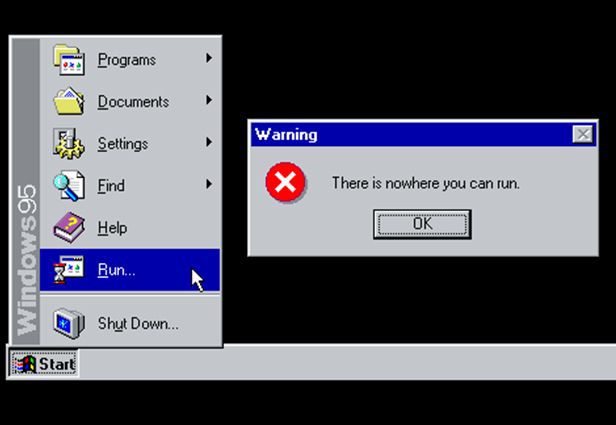 Ah, how quickly the times change. Moore’s Law is a principle of computer engineering which states that processing power will double roughly every eighteen months. As a result, the world today is wildly different than it was even one decade ago — let alone two!
But a lot of the changes we’ve seen had nothing to do with technology. Many of them are due to shifting trends, or new ideas, or even just change for the sake of change. All that and more can be found below as we take you on a trip through 10 minor annoyances and major inconveniences that probably haven’t crossed your mind in 20-odd years.
Searching through all your CDs before starting the car

Do kids today even know what a CD is? (Oh my God. I just typed the words “kids today.” What have I become?) Probably not, what with their fancy aux cords and Bluetooth speakers and telepathic listening parties. OK, maybe that last one isn’t a thing. But still, I bet no one under the age of 12 has even seen one of these giant disc sleeves.
DOWNLOADING ONE SONG FOR AN HOUR

I recently downlo– I mean, my friend recently downloaded the entire collected works of Kenny G (don’t judge) in 33 minutes flat. I remember going song-by-song on Limewire, hoping — nay, praying — that what I was downloading was actually a song and not a clusterbomb for my motherboard. Nothing worse than waiting the entire length of a Sopranos episode only to find your computer a smoking heap of useless metal.
Waking up early to watch cartoons

I haven’t watched TV (like, on TV, with commercials) since the NBA Finals, and I felt like a caveman doing it. Do kids today (oh jeez) even know what a commercial is? Netflix has spoiled them even worse than it’s spoiled me. At least I remember the dark ages, before you could just hop out of bed and tear through two seasons of your favorite show in one day. We had to set our alarms! (Like actual alarm clocks. Not cell phones.)
This nonsense

Seriously. What? Why? How? Is this modern art? I knew I should’ve gone to more museums. It might have prepared me for the collage of chaos that ensues when you try a little too hard to close a program that just won’t respond.
Brick-and-mortar rental stores

Gather ’round children, and let me tell you about a far-off ancient land called Blockbuster Video. Well, first I’d have to explain what “video” is. And now that I think about it, what is a “blockbuster?” How does a film bust the block? Anyways, Blockbuster is where we’d go to find ruined copies of all our favorite films so we could bring them back to our DVD players and scream in vain to an uncaring God as once again, Back to the Future glitched right before McFly beats up Biff. Good times.
The horrors of dial-up

Mwahahahaha!! Make your choice, foolish ’90s-dweller! Either access the internet, with its America Online and its text-based gaming, or communicate with the outside world on your landline phone. It’s like the early-internet version of Sophie’s Choice, except in real life and not all that heartbreaking.
Digging through folders for the right program

Seriously Microsoft? Two words: search bar. Was it really that hard to comprehend why people might not want to unravel their computer like so many Russian nesting dolls just to play a game of Solitaire? This is one thing I’m glad kids don’t have to tolerate anymore. Then again, I don’t think any of them are playing Solitaire to begin with.
Limited messaging space

I have multiple three-hour movies on my phone. I’ve got every text I’ve sent in the last eighteen months. So I don’t know how I’m supposed to explain to the future leaders of the world that when I was their age, you had to clear out your inbox almost every week. There were no memes exchanged. There were no sexts. All we had were brief snippets of text, usually straightforward and to-the-point. Actually, this might be an example of change for the worse.
Manually rewinding cassette tapes

OK, to be completely honest, even I only have the vaguest memory of cassettes. I remember the constant search for slender objects every time we wanted to start the tape over. And I definitely remember how easy it was for a cassette to come unspooled, usually right before I hid it under the couch and asked my mom “what cassette?”
Losing the ball on your mouse

I’ve said it before and I’ll say it again: lasers are ruining our children. I remember when your mouse had to be on a flat surface… if you didn’t want it going haywire all over your screen. And when you lost the ball — usually due to a little sibling or a dog or just general ignorance — well, game over. And you know what? We appreciated the ability to point-and-click more because of how fragile it was. That’s an understanding today’s kids (AHHHHH!) will never have.