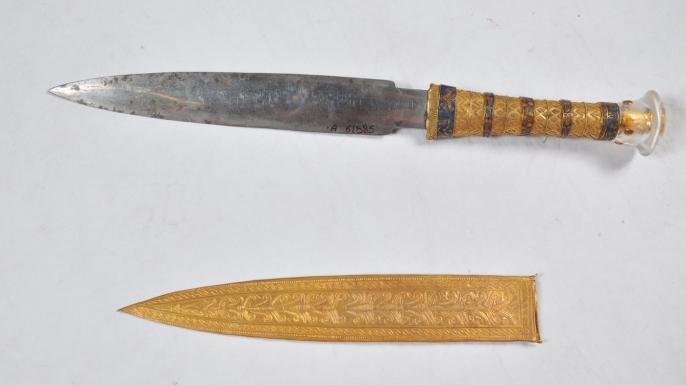 By Timewheel
Nearly a century after Howard Carter’s discovery of the tomb of Tutankhamun, we are still learning surprising details about the Egyptian boy king. Recently, an experiment conducted on an iron dagger buried beside him revealed that the material it was forged from likely had an extraterrestrial origin.

The dagger, initially examined in 1925, attracted the attention of many archaeologists as iron was still considerably rare at the time of Tut’s reign, roughly 1333 to 1323 B.C. It was not until the 1970s and again in the 1990s that researchers began entertaining the possibility that Tut’s iron dagger, and other iron antiquities of comparable age, were forged from meteoric metals, but the findings were always inconclusive. Recently, however, a team of Egyptian and Italian researchers decided to employ new technology – specifically a technique known as portable X-ray fluorescence spectrometry – to take a closer look at the ancient blade.

The team’s findings, published last week in the journal Meteorites and Planetary Science, suggest that this particular composition of iron, cobalt, and nickel serves as a strong indication of an extraterrestrial origin. What’s more is that the composition of the blade’s metal is nearly identical to that of a meteorite named Kharga found roughly 150 miles west of Alexandria. This use of meteoric metals may offer the explanation as to why the hieroglyph meaning “iron from the sky” started being used by Egyptians during 13th century B.C. 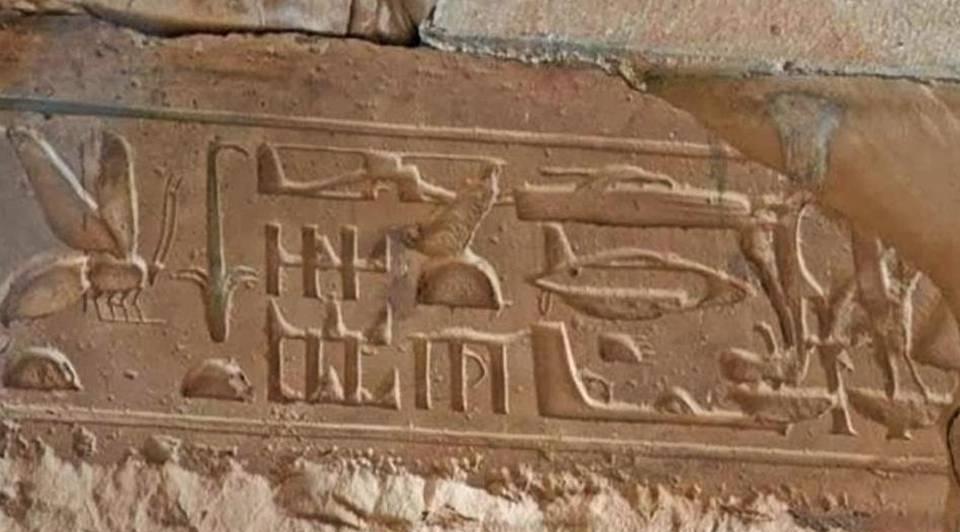