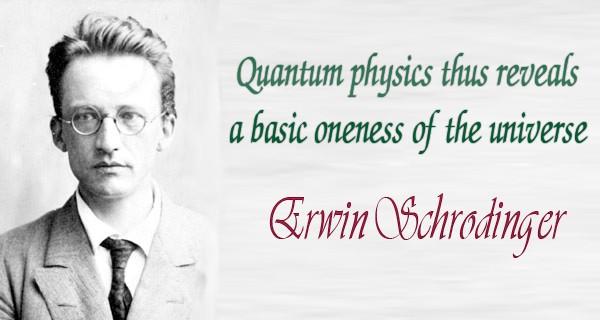 If you hear the name Schrödinger, you probably think of a cat in a box, and the perplexing quandary, “is it alive or dead?”

Believe it or not, Erwin Schrödinger was more than an Austrian physicist who contributed to the foundation of quantum theory. He was also more than the winner of the 1933 Nobel Prize for Physics.

Did you know Schrödinger was a man influenced by Monism? It is the “belief in the ultimate unity of all things, and that all apparent differences, distinctions, divisions and separations are ultimately only apparent or partial aspects of an ultimate whole.”

It is an interesting discovery to find out that someone is different than you imagined. I suppose it makes sense though… a genius physicist believes that all things are connected. Because, let’s face it, they are.

I am going to share some of Erwin Schrödinger’s most profound words with you because I truly believe they are powerful enough to make you think, and to change your thoughts.

“Nirvana is a state of pure blissful knowledge… It has nothing to do with the individual. The ego or its separation is an illusion. Indeed in a certain sense two ‘I”s are identical namely when one disregards all special contents — their Karma. The goal of man is to preserve his Karma and to develop it further… when man dies his Karma lives and creates for itself another carrier.”

“No self is of itself alone. It has a long chain of intellectual ancestors. The “I” is chained to ancestry by many factors …This is not mere allegory, but an eternal memory.” “Although I think that life may be the result of an accident, I do not think that of consciousness.”

“The task is…not so much to see what no one has yet seen; but to think what nobody has yet thought, about that which everybody sees.”

“If a man never contradicts himself, the reason must be that he virtually never says anything at all.”

“If we were bees, ants, or Lacedaemonian| warriors, to whom personal fear does not exist and cowardice is the most shameful thing in the world, warring would go on forever. But luckily we are only men — and cowards.” 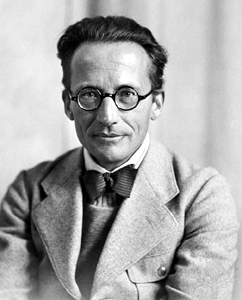 “I consider it extremely doubtful whether the happiness of the human race has been enhanced by the technical and industrial developments that followed in the wake of rapidly progressing natural science.” 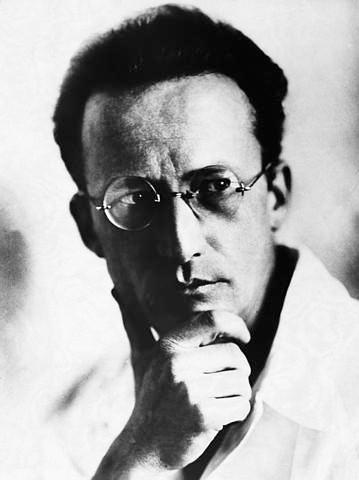 “In brief: consciousness is a phenomenon in the zone of evolution. This world lights up to itself only where or only inasmuch as it develops, procreates new forms. Places of stagnancy slip from consciousness; they may only appear in their interplay with places of evolution.

If this is granted it follows that consciousness and discord with one’s own self are inseparably linked up, even that they must, as it were, be proportional to each other. This sounds a paradox, but the wisest of all times and peoples have testified to confirm it. Men and women for whom this world was lit in an unusually light of awareness, and who by life and word have, more than others, formed and transformed that work of art which we call humanity, testify by speech and writing or even by their lives that more than others have they been torn by the pangs of inner discord.

Let this be a consolation to him who also suffers from it. Without it nothing enduring has ever been begotten.”

Wow… People look to ancient philosophers to find profound wisdom when all they really had to do was look to Schrödinger.