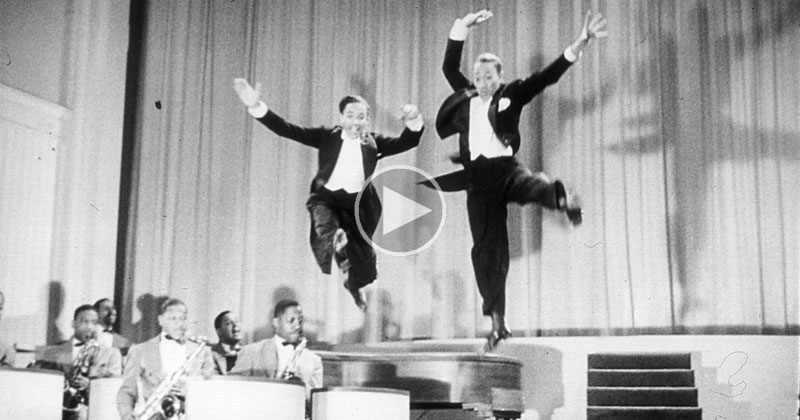 Fred Astaire even said it was the greatest dancing he had ever seen on film.

People say that old is gold. Seven decades have passed since an unforgettable dance scene was filmed for a movie. Watching the movie becomes even more impressive when you learn the story behind the making of the dance.

This scene is the dance episode in the 1943 Stormy Weather movie with Lena Horne and Bill Robinson. In the scene, Harold and Fayard Nicholas dance to Cab Calloway’s Jumpin’ Jive. The most impressive fact about the dance is that the two brothers danced without previous rehearsal.

According to Fred Astaire, this scene is the greatest dance scene ever captured on film.
Stormy Weather has been part of the National Film Registry by the Library of Congress since 2001 for its cultural, historical, and aesthetic significance.

In the dance, the musicians are playing the lively music that was popular at the time. In the middle of the song, the two brothers jump forth and begin dancing in time to the music, joining the lively rhythm and complementing each other’s movements perfectly as if they have done this a thousand times. 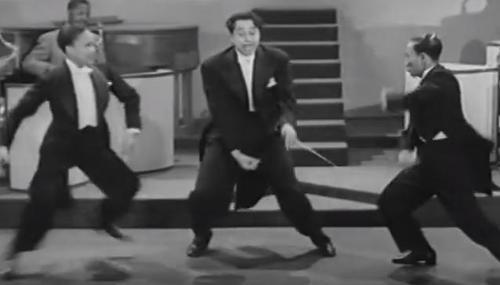 Their dance is a perfect dialogue between the two of them and their movements meet at regular intervals to become a single dance. Then they acrobatically jump on the musician’s tables together, perfectly switching between the surfaces.

They even go on stage together to perform a duo that is truly impressive with their uncommon twists, turns, and movements of hands. 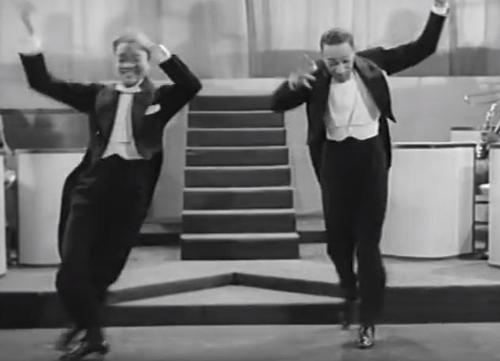 Just a couple of small glances, and sometimes none at all, were enough for the two brothers to dance together a single dance. It was as though a dance for this particular music piece already existed and both of them were doing their best to tune into it. 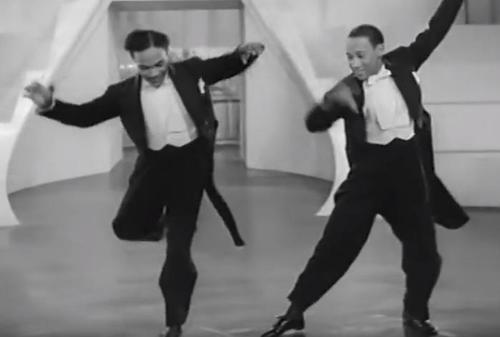 The New York Times reviews it as such:

“For it wasn’t the acrobatics, in themselves, that made the Nicholas brothers the Nicholas Brothers. It was the overall beauty and musicality of the entire dance. Their achievement was in the how — the way Fayard would deploy his hands, as graceful as Fred Astaire’s; the way Harold would make every silhouette superclear; the genial, noncompetitive way each brother would cede the floor to the other for a solo, passing the dance like a baton, in musical time.”

“When Astaire pronounced their “Jumpin’ Jive” number in the movie Stormy Weather (1943) — unrehearsed and achieved on the first take — to be the greatest dancing he had ever seen on film, he was not commending the acrobatics alone but rather the way the brothers erupted organically out of their tap steps, like a series of overlapping geysers that, simply to look at, project an observer into a stratosphere of elation.”

You can watch the amazing dance performance in the video below: