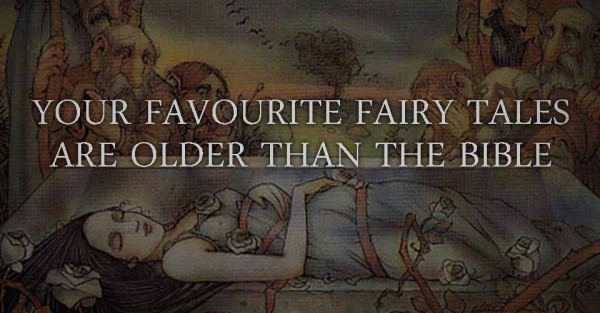 Two researchers have discovered our beloved fairy tales are much older than we thought- they say one even dates back to the Bronze Age.
Sara Graca da Silva, and Jamshid Tehrani used tactics usually employed by biologists to form a phylogenetic tree of common fairy tales and myths, and found many of them seem to be much older than originally thought.

Graca da Silva, a folklorist with New University of Lisbon, and Tehrani, an anthropologist with Durham University, built these phylogenetic trees to track linguistic patterns and attributes to their origin. They began with 275 fairy tales, each one rooted in magic, and narrowed the list down to 76 basic stories or legends. They then began building trees based on Indo-European languages, some of which have long been extinct. By doing this, the researchers discovered evidence that certain fairy tales, like Jack and the Beanstalk, were rooted in other stories. They also found that these stories could be traced back to the period when Eastern and Western Indo-European languages split, approximately 5,000 years ago, predating the Bible and Greek myths.
Read: Inside the Beautiful Mind of Jim Carrey

The analysis showed Beauty And The Beast and Rumpelstiltskin to be around 4,000 years old. But that’s nothing compared to the 6,000 year old tale of The Smith And The Devil; a story about a blacksmith who sells his soul to the Devil in exchange for unmatched smithing powers and who uses them to pin the Devil down, allowing the smith to keep his soul and his new abilities.

“We find it pretty remarkable these stories have survived without being written,” says Tehrani. “They have been told since before even English, French and Italian existed. They were probably told in an extinct Indo-European language.”

150 years ago, Jacob and Wilhelm Grimm believed the same thing, even though that opinion wasn’t a highly-favoured one. The Grimm brothers were fascinated by the history of the stories they shared, and thought many of the ones they popularized, such as Red Riding Hood, Hansel and Gretel, and Snow White, shared a history rich in culture dating back to the induction of the Indo-European language.
Read: The Timeless Brilliance of W.C. Fields

Tehrani says, “We can come firmly down on the side of Wilhelm Grimm. Some of these stories go back much further than the earliest literary record and indeed further back than Classical mythology – some versions of these stories appear in Latin and Greek texts – but our findings suggest they are much older than that.”

The complete study can be found in the Royal Society Open Science Journal, and fully explains the processes conducted to reach these conclusions.

Dr Tehrani explained: “We used a toolkit that we borrowed from evolutionary biology called phylogenetic comparative methods. This enables you to reconstruct the past in the absence of physical evidence.

“We’ve excavated information about our story-telling history, using information that’s been preserved through the mechanism of inheritance, so in that sense they embody their own history.
Read: Hávamál: Poetic Viking Wisdom

“By comparing the folk tales that we find in different cultures and knowing something about the historical relationships among those cultures, we can make inferences about the stories that would have been told by their common ancestors.”