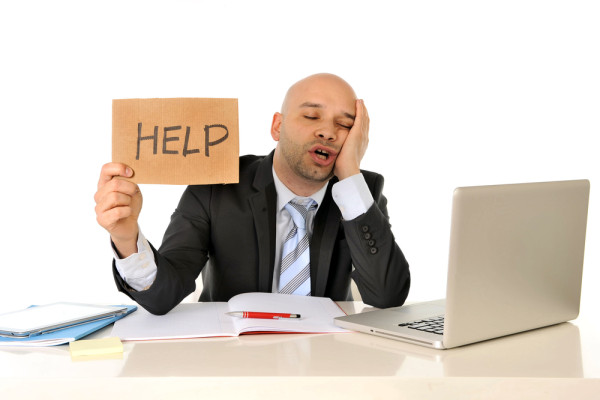 There’s a reason you can’t stop pushing the ‘snooze’ button, and it’s because working before 10 a.m. is biologically unnatural.

Everyone dreads that morning alarm clock. If it’s not coffee that inspires you to rise from bed before 7 a.m., it’s your kids rambunctiously shouting and screaming – obviously not affected by the early morning hours.

While it’s safe to say most adults are deprived of sleep, another reason one might be less than optimistic about venturing to work at 8 a.m. is because it’sbiologically unnatural.

According to Oxford University researcher Dr. Paul Kelley, forcing staff to work before 10 a.m. is equivalent to torture. It is also making employees ill, exhausted, and stressed.

“Before the age of 55, the circadian rhythms of adults are completely out of sync with normal nine-to-five working hours, posing a “serious threat” to performance, mood and mental health.”

For this reason, Kelley believes there needs to be a world-wide change in work and school starting times so that they can fit within the natural clock of humans.

Studies examining circadian rhythms have shown that the average 10-year-old will not fully focus on academic work until 8:30 a.m. According to the researcher, a 16-year-old should start at 10 a.m. for best results and university students should start at 11 a.m.

Dr. Kelley believes a simple delay in school times could improve grades by 10 percent. Formerly a head teacher in Tyneside, he put his theory to the test and changed the school start time from 8:30 a.m. to 10 a.m. Amazingly, the number of top grades rose by 19%!

Educators should benefit from the later start times, too. Kelley states that staff should start work at 10 a.m. and that workers will not get back to a 9 a.m. starting point until they reach 55.

“Staff are usually sleep deprived. We’ve got a sleep-deprived society. It is hugely damaging on the body’s systems because you are affecting physical emotional and performance systems in the body.

Your liver and your heart have different patterns and you’re asking them to shift two or three hours. This is an international issue. Everybody is suffering and they don’t have to,” he says.

Because the body is attuned to sun’s light and the Earth’s natural rhythms, it is not possible to change its 24-hour cycle.

Later start times should affect every aspect of society, including prisons and hospitals. In these settings, people are usually woken up and given food they do not want. You’re more biddable because you’re totally out of it. Sleep deprivation is a torture,” shares Kelley.

Companies will also benefit if they do not force employees to work before 10 a.m. This is because early start times tend to decrease work output while increasing employees’ risk of becoming sick.

Source: “The Science Behind Why Working Before 10 Am Is Equivalent To Torture,” from trueactivist.com, by Amanda Froelich