A few years ago, researchers from the London University discovered that schizophrenics are not that easily fooled by visual illusions.

Although their illness may make it difficult for them to distinguish fact from fiction. This schizophrenia test study showed that they can see right through some optical illusions. Hence, the interesting finding is that it helps bolster one interpretation of this mental illness – it may be due to a general inability to interpret sensory information in its proper context.

“We often think of people with schizophrenia as not seeing the world the way it really is. For example, during hallucinations – but we have shown that sometimes their vision can be more accurate than non-sufferers,” says Dr. Steven Dakin, UCL Institute of Ophthalmology 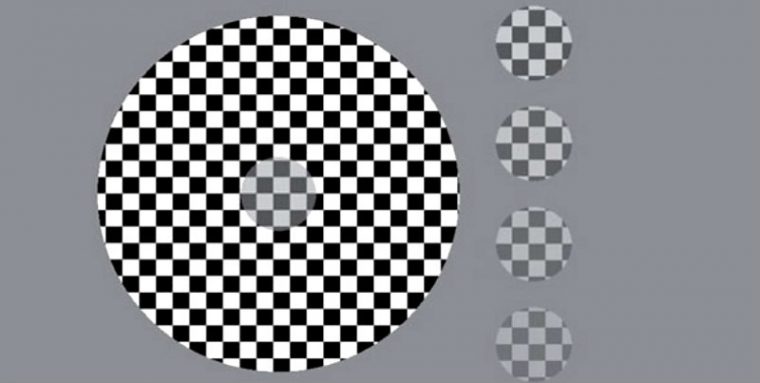 Which one of the circles on the right do you think matches the highlighted excerpt in the pattern? Remember your answer, because we have another psychological illusion test for you to take.

In the image below, choose the pattern that matches the highlighted area: 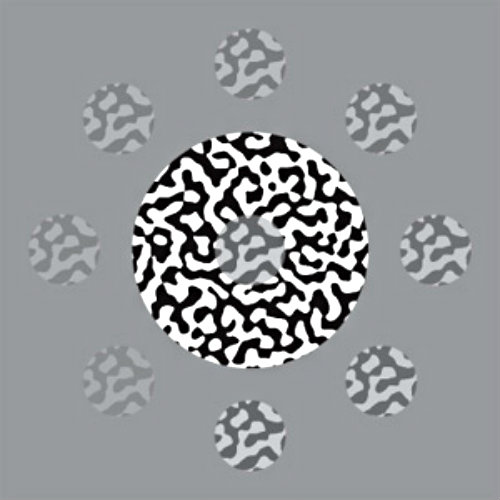 Now that you have your answers for both the first and second test, let’s see if you were correct, and if so, what that means for you.

For the first test: 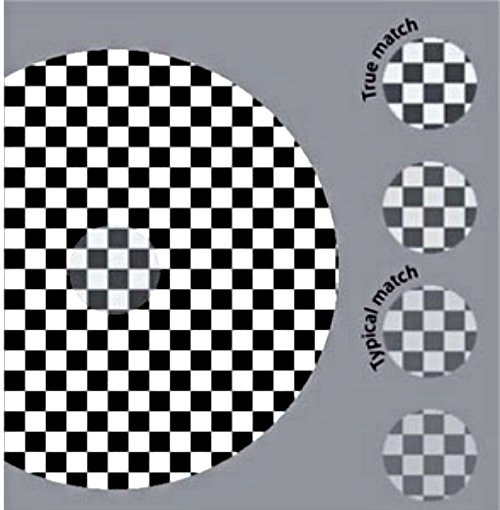 For the second test: 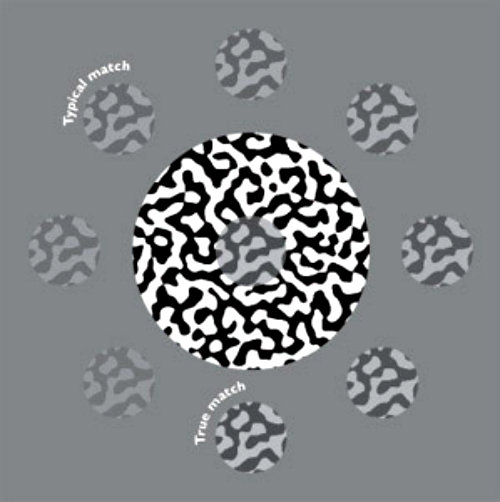 How The Schizophrenia Test Was Conducted

Volunteers were shown high-contrast black and white patterned images, with some sections contrasted at lower levels. Next, they have to match the contrast of the altered section to it’s double in a line up of other identical shapes.

Schizophrenics find this task relatively easy because their brain does not take notice of surrounding information when judging the level of contrast in the altered section. For healthy individuals, a high-contrast background reduces the apparent contrast of smaller foreground features.

These results will startle you: 12 of the 15 schizophrenic volunteers were the most accurate in perceiving the contrast between the background and foreground.

The authors hope their study might have some diagnostic value. Existing criteria for schizophrenia diagnosis tend to be subjective and is based on interviews. This study might be a good step towards more objective diagnostics one day.

To the average eyes, the background makes the central disk appear slightly grayer than it actually is. The researchers then assessed the subjects’ perception, showing them a series of disks of increasing grayness. Observers had to guess whether the patch was lighter or darker in contrast than the original image.

Dr. Steven Dakin, explained: “Normally, contextual processes in the brain help us to focus on what’s relevant. It can stop our brains being overwhelmed with information. This process seems to be less effective in the schizophrenic brain. Possibly due to insufficient inhibition – that is, the process by which cells in the brain switch each other off.”

Therefore, the theory to why many schizophrenics misinterpret people’s actions and can feel persecuted is context.