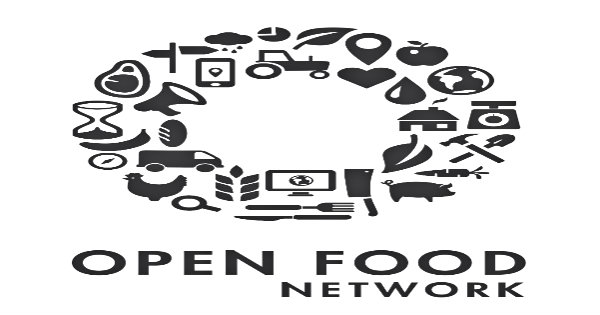 Open Food Network is a food hub, a connector between small farmers and places to sell their local, sustainable food. Find them on GitHub.

Interest in sustainable, local food has grown by leaps and bounds in the past decade. Consumers think more and more about what they are eating and they want food that is sustainably produced, healthy, and safe. Local and organic food purchases hardly missed a beat through the recession. Big companies even started putting the word “natural” on their products hoping to ride the trend. Cynical marketing aside, sustainable, local food is important for a variety of reasons. Larger farms’ grain and livestock production has led to the development of a dead zone in the Gulf of Mexico the size of Indiana. Processed food with added sugar contributes to record levels of obesity and preventable disease. So-called “super weeds” are springing up, immune to broadly applied Roundup and other herbicides.

In the current environment, one might assume small farms are doing really well, but a lot of barriers prevent them from capitalizing. A big issue of course is price competition. The supply chains that move most of the food from large fruit, vegetable, grain, and meat farms have had at least a century of refinement. If these supply chains are fiber optic Internet backbones, farmers’ markets are IRC chat rooms on dial-up. Though old fashioned, farmers’ markets have been essential for building a community of local food proponents and pushing forward the conversation about problems with our food system. But their low bandwidth for moving food is compounded by the fact that many farmers’ markets have limited space for farmers. Some farmers’ markets report having to turn away 90% of new vendors every year. In this environment, there’s a lot of room for innovation.

In the past few years “food hubs” have generated a lot of noise in local food circles. Food hubs help small farmers band together for marketing power, connecting them to restaurants, grocers, and institutional cafeterias. It’s like a router for local food, temporarily storing food and aggregating food from multiple farms to serve up to clients. Of course, relative to farmers’ resources, brick and mortar food hubs are expensive. And, like any business, it can take a while for food hubs to see any profits. The food world isn’t known for cushy margins. And grant funding, while existent, is pretty scarce.

At the Open Food Foundation, we think software can provide a lot of core food hub functionality* and dramatically increase the efficiency of existing food hubs. Especially since many food hubs are doing a lot of calling and product tracking by hand. “Virtual food hub” functionality would mean facilitating sales between farms and wholesale buyers. It essentially offers a region the opportunity to prototype what the effect of a food hub might be. This incremental gets the ball rolling, improving efficiency in the system and offering hard numbers for the community to provide to a grant or loan provider. A few software companies have provided a variety of solutions for the food field as one-off offerings. But instead of solving the same problems over and over in silos, we hope to offer an open, networked platform, making start-up easier and easier, and facilitating lateral knowledge transfer.

The devil is in the details

Building the Open Food Network is a complex undertaking. Practically, new hubs, virtual or otherwise, require a critical mass of users, just like bittorrent or other peer-to-peer technologies. Getting there takes a lot more than software. It takes legwork and coordination and marketing, just like the old system of farmers and buyers calling each other. But in this case, it only has to be done once and new system users benefit immensely. As the networks grow within a given region, it becomes easier and easier for new vendors and buyers to get what they want. It’s still early days for this project, with the Australian platform moving from closed trials to a partial beta at the end of October. The project has distributed leadership and development teams, including (in order of size/activity) Australia, Scotland, England, and the United States.

In Australia: 30 established hub and farm shops (that you can buy from) and 40 farms (and other vendors).

In Scotland: (live trials) 9 hubs and shops and 13 farms.

We are really excited to have a lively community of developers based mostly in Australia and the UK. And we’d love to welcome new contributors, especially ones that are passionate about local food. So here’s a little about the technical details of the project (look us up on GitHub).

Open Food Network (OFN) uses Ruby on Rails and AngularJS. Though heavily modified at this point, Spree provides a lot of core functionality. To check out where our developers are focusing their efforts, check out the developers page. Beyond the listed efforts, and the long list of features that food hubs want, we’d be interested in bitcoin integration, alternative currencies, and getting balanced payments up and running. As the product becomes more complete and user friendly, we look forward to being able to empower farmers and eaters all over the globe. We hope for language translations and eventually NGOs and tech savvy farmers in the developing world to be able to use OFN to solve any logistical challenges including not least those posed by poor roads.

Peer-to-peer systems help build resilience in our food system, especially to withstand climate variability and other global changes. Building up local food systems will dramatically reduce our vulnerability to droughts and other disasters in any one area (eg. California or the Great Plains). And it will make our communities healthier and wealthier in the process.

Thank you to Open Source for this article.