These three gadgets are some of the most potent occult technology for altering consciousness ever created. Check out what we’ve got for you…

Since the dawn of history, human beings have been trying to alter their consciousnesses, with every conceivable means, from fasting to sleeplessness to psychedelic drugs and many, many more ways. It’s like sex: If there’s any conceivable way to do it, somebody’s tried it. In the 20th and 21st centuries, however, we’ve gotten some incredible new occult technology for pushing our minds out of their usual ruts and into unexplored territories: 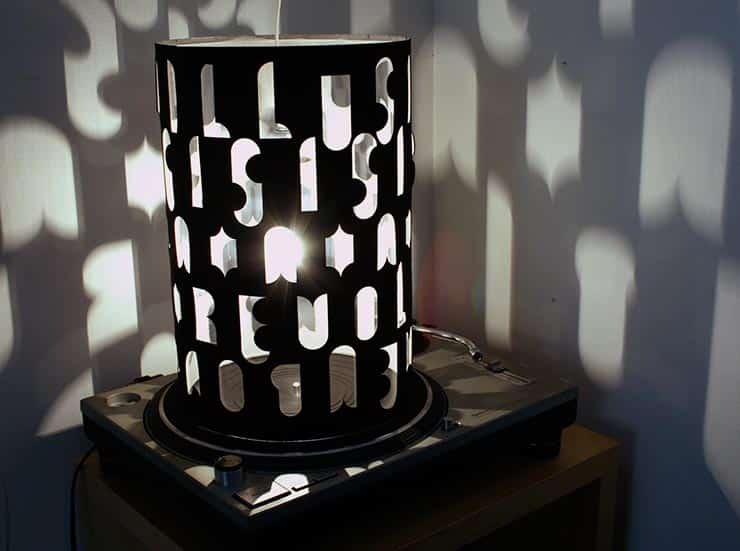 The Dream Machine, created by Brion Gysin, Ian Sommerville and William S. Burroughs, is an occult technology that creates flicker patterns behind the closed eyelids of a person staring at it. These flicker patterns subtly alter the viewer’s brainwaves, creating waking hallucinations that can be incredibly, shockingly vivid. It’s made from three things: a cardboard cylinder with slats in it to generate the right flicker pattern, a 78 rpm turntable upon which the cardboard tube sits, and a single lightbulb dangling from a cord into the turntable. The turntable spins the tube, creating the hallucinatory flicker pattern.

Gysin, the device’s primary inventor, was a gay surrealist painter and author who fled the bitchy, backbiting Paris surrealism scene to seek the frontiers of Extreme Experience in Morocco, delving headlong into the occult and the libertine atmosphere of Tangiers; Burroughs would later join him, and the two would embark on a legendary magical partnership, exploring the outer ranges of operative sorcery and sanity itself.

Burroughs wrote about Dream Machines extensively in his novels, where he depicted them as a weapon for the freedom of consciousness in the eternal war against Control. The author spoke highly of his friend’s invention, saying: “Subjects report dazzling lights of unearthly brilliance and color… Elaborate geometric constructions of incredible intricacy build up from multidimensional mosaic into living fireballs like the mandalas of Eastern mysticism or resolve momentarily into apparently individual images and powerfully dramatic scenes like brightly colored dreams.”

The machine was officially unveiled in 1962, at the Louvre’s Museé des Arts Decoratifs, to a fascinated public and press—but Gysin, unsatisfied with a small art audience, dreamed of mass production. He turned first to business magnate Helena Rubinstein, who was taken with the device and exhibited it in her shop windows, but then refused to pay for it. Next Gysin tried the Philips Corporation—a representative of the company, while visiting Gysin at the Beat Hotel, slipped on dogshit in the hall; the deal was cancelled. Later, Colombia Records wanted to market the Dream Machine as a lamp. Meeting with Colombia executives in 1965, Gysin (ever the magician) told them that vinyl records would soon be obsolete, replaced with optical discs that were read with a ray of light. He was not well received.

Gysin died in 1986, the cause of the Dream Machine having been taken up by his protégé Genesis P-Orridge and the loose occult and media subversion network the Temple ov Psychick Youth. TOPY both propagandized the Dream Machine and distributed information on how to make your own, using Gysin’s original plans. 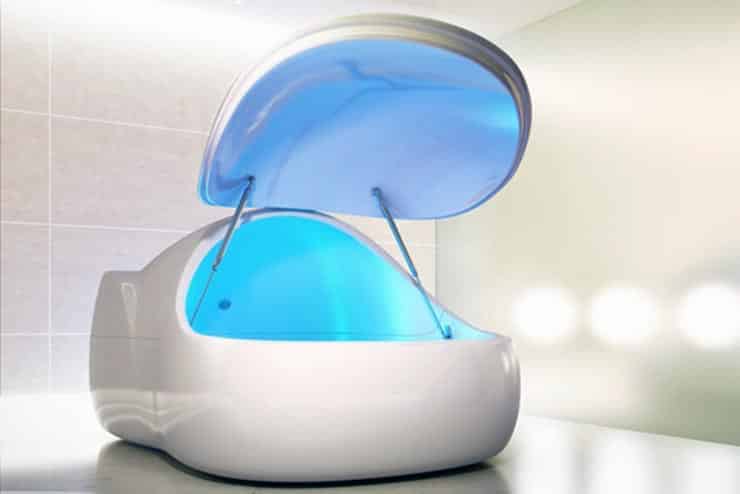 Invented by the psychonaut John C. Lilly, the sensory deprivation tank is designed to do one thing: Completely shut off your senses, so that your mind can be totally free to roam or astrally project. The tank is full of epsom salt-saturated water which is heated to exactly 93º F, with exactly the right salt condensation to keep you floating weightlessly without your eyes and mouth submerging. It’s also sound proof and totally dark. That means that, after getting situated and comfortable, you now get to experience what it’s like to be weightless, with no sensory input.

Having used sensory deprivation tanks regularly, I can attest that, though they can be tricky to get used to (the salt burns your eyes if you don’t cover them with petroleum jelly first, for instance, and getting the right posture can take some experimentation), once mastered, they are literally one of the most consciousness-altering examples of true occult technology in existence. Once you get used to them, you realize just how much your body’s constant minor aches and pains get in the way of experiencing the mind on its own terms—and when you full enter the mental space, there is little that’s not possible, including profoundly psychedelic and erotic experiences.

Getting access to a floatation tank can be tricky. If you live near a major city (or a smaller one with enough hippies) you can probably find a center that offers sessions in floatation tanks. They can be pricey. The next step, of course, is to buy your own—even pricier, as tanks, even used ones, can run you thousands of dollars and require regular maintenance, tricky for the average person. However, there are companies that are working on making tanks affordable.

Below, check out a great documentary on the tank from VICE’s Hamilton Morris.

Getting access to a floatation tank can be tricky. If you live near a major city (or a smaller one with enough hippies) you can probably find a center that offers sessions in floatation tanks. They can be pricey. The next step, of course, is to buy your own—even pricier, as tanks, even used ones, can run you thousands of dollars and require regular maintenance, tricky for the average person. However, this startup is working on making tanks affordable—their floatation tent, which runs a still pricey $1,700 (but as opposed to the $9K+ of the older tanks), ships in March.

Below, check out a great documentary on the tank from VICE’s Hamilton Morris: 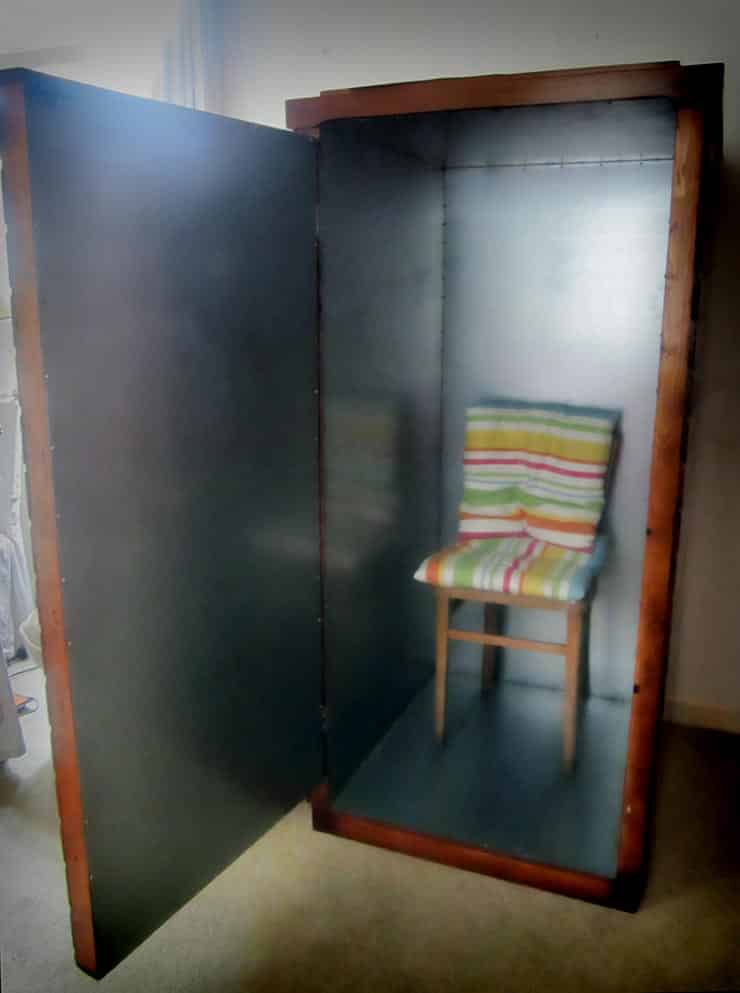 Wilhelm Reich was one of the most controversial men of the 20th century. He waged a one-man war against all entrenched forms of authoritarianism, from fascism to communism, was thrown out of more countries than Crowley, and was eventually killed by the United States government, who threw him in jail after burning all of his books and destroying all of his scientific equipment. Reich was dangerous not so much for ideological reasons, but that he saw ideology itself as a disease, taking mankind away from the innate freedom of the human body, as expressed in the orgasm. So far did Reich go in is quest to unlock the liberatory potential of orgasm that he even began to theorize that orgasm itself was a concentrated burst of a life-force behind the movements of the cosmos—”orgone,” as he called it, which he went on to measure and even build devices to accumulate, much to the chagrin of the scientific establishment.

Reich’s orgone accumulators were an occult technology that purported to condense and harness orgone energy, which Reich claimed could not only cure neurosis and sexual repression, but also a wide range of physical ailments including cancer, and even control and change the weather. One experiment, in which a piece of radioactive isotope was placed inside an orgone accumulator, disturbed the weather for miles.

While Reich’s legacy has waned since his death at the hands of the FDA (what Robert Anton Wilson called “the New Inquisition”), you can still get his books and even cheaply build your own orgone accumulator devices to test his occult technology for yourself. (They personally make me feel incredibly calm and relaxed—post-orgasmic, as it were.)