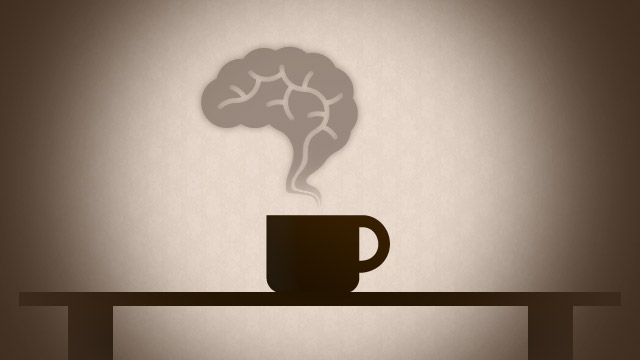 According to a number of recent studies, coffee and tea could keep your brain healthy, and provide protection from Alzheimer’s disease, Parkinson’s disease, and depression. This is good news, at least for the approximately 70 million Americans who consume three cups of coffee each day (and the astounding 21 million of them who drink six or more every day). Although there have been side effects associated with drinking coffee, like insomnia, irritability, muscle tremors, and more, if consumed responsibly, coffee as well as tea seems to have several health benefits.

One example comes from Japan, where the simple smell of specific coffee beans increases the alpha waves in the brain, which are associated with relaxation and meditation. The study also found that coffee can improve productivity and focus. You can read more about that here.

A fairly recent and large study investigated the link between depression and the intake of coffee, tea, and sweet drinks. After following approximately 300,000 people, researchers at the National Institutes of Health determined that coffee intake was associated with a slightly lower risk of depression. (source)

According to Scientific American, “some studies suggest that coffee and tea drinkers have lower rates of cognitive decline, too, but the evidence is mixed.” They go on to mention that “research in rodents that has focused on specific compounds in coffee and tea supports the idea that some of these chemicals reduce the risk of Alzheimer’s and Parkinson’s.”

They cite a study that was published last June in Neurobiology of Aging, where the researchers supplemented the diets of rats with a component of coffee. As a results, the animals’ brains were shielded against the changes that take place in the brain which are typical of Alzheimer’s sufferers.

They also cite a 2013 study in which another experiment found the same compound to have protective effects against Parkinson’s disease in mouse models.

Definitely some intriguing research that warrants further investigation, but it’s interesting to see that science is shedding light on a drink that has always been used as a vice to receive a quick energy boost.

A 2007 meta-analysis found that drinking two cups of coffee per day was associated with a 43 percent reduced risk of liver cancer, which has also been confirmed by various other research. (source)

Another meta-analysis that looked at 59 studies found that drinking one cup of coffee per day was associated with a 3 percent reduced risk of cancer, and there is even research claiming that coffee can lower the risk of skin cancer. (source)(source)

Another study found that women who consumed more than three cups of coffee a day had a significantly lower risk of skin cancer compared to those who consumed less than one cup per month. (source)

Coffee has also been implicated in lowering the risk of type 2 diabetes, and many researchers agree that it is likely that compounds found within coffee have the potential to lower the risk of multiple chronic diseases.

As the New York Times reports:

“We believe that activating the energy pathways that contribute to heart disease and diabetes is also relevant for the proliferation of cancer cells,” Dr. Fuchs said, while also stressing that more research was needed.

The analysis determined the lowered risk associated with coffee was entirely because of the caffeine. One hypothesis is that caffeine increases the body’s sensitivity to insulin, so it requires less of the hormone. That, in turn, may reduce inflammation, which is a risk factor for diabetes and cancer.

There are also a number of studies showing coffee can assist with heart health, multiple sclerosis, Parkinson’s disease, dementia and premature death. (source)

That being said, many other studies have suggested that coffee consumption might actually increase your cancer risk, but when meta-analyses like the one mentioned above are done, the association seems to vanish, and coffee instead becomes protective.

What Kind Of Coffee Should You Drink?

Obviously, we would not recommend getting your coffee from a Starbucks or Tim Hortons. Based on all of our research into pesticide accumulation, we strongly recommend premium, single sourced, fair trade, coffee and tea – organic is prime. Conventional coffee is often grown using synthetic fertilizers and pesticides, with the aid of genetically modified organisms. It is also processed and packaged with many chemicals. Anything with synthetic fertilizers, herbicides, pesticides, artificial flavouring, or preservatives should really be avoided.

Researchers have also noted that roasted coffee contains more than 1,000 compounds, many of which may help fight cancer. You can read more about that here.

What are your thoughts? Are you a coffee drinker? If so, do you notice a difference between when you do drink coffee and don’t? Does it do anything for you? Feel free to share your thoughts in the comments section below.