It’s taken six million years for humans to evolve from our ancestors to where we are today.

Unsurprisingly, our physiology has also changed – but not always for the better. Through history, as natural selection played its part in the development of modern man, many of the useful functions and parts of the human body become unnecessary.

What is most fascinating is that many of these parts of the body still remain in some form so we can see the progress of evolution. In fact, there are several body parts that were once very useful, but have since lost become all but redundant. Let’s have a look at some of them.

Human jaws have got smaller over time, and as a result we can’t fit our wisdom teeth in. Most scientists agree that our jaws have got smaller because we eat differently we no longer have to chew through raw vegetables and tough meat. Historically, we didn’t take care of our teeth as much as we do now which meant that we were likely to lose them, and therefore make room for wisdom teeth to grow in.

Essentially, men only have nipples because they could have been female. Males and females develop in exactly the same way for the first 60 days in the womb. Lactiferous ducts form well before testosterone causes sex differentiation in a fetus. Men have mammary tissue that can be stimulated to produce milk. But because having nipples doesn’t actually do any harm, they have never been weeded out by natural selection and so pretty much everyone still has them.

Our ancestors possessed a lot more body hair and goosebumps gave them the appearance of being bigger, which it is thought could have helped us scare predators away (think of an angry or scared cat). This is why we get goosebumps when we’re scared. Humans no longer benefit from goose bumps and they are simply left over from our past when we were not clothed and needed to scare our own natural enemies. Natural selection removed the thick hair but left behind the mechanism for controlling it.

The appendix has no known use in modern humans and is often removed when it becomes infected. While its original use is still speculated on, most scientists agree with Darwin’s suggestion that it once helped to process the cellulose found in the leaf-rich diet that we once had. Over the course of evolution, as our diet has changed, the appendix became less useful. 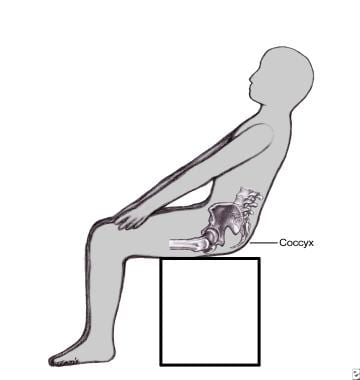 The coccyx is the remnant of what was once a human tail. Over time we lost the need for a tail but we did not lose the need for the coccyx. It now functions as a support structure for various muscles and a support for a person when he sits down and leans back. Between weeks five to eight after conception, human embryos seem to develop what looks like a tail forming in the womb but, by the time they are born, it has been absorbed into the vertebrae.