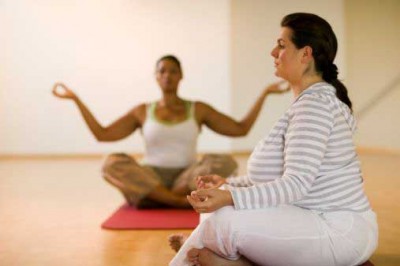 According to two recent studies, cutting down on refined sugars and eating more good fats is the key to triggering rapid health improvements.

One study, conducted by a team of Harvard researchers, concluded that a diet higher in fat is best for trimming the waistline. The team scoured databases looking for randomized, controlled trials – the preferred standard for dietary research – and compared the weight-loss effects of low-fat diets to other regiments like low-carb. Fifty-three studies met their research criteria.

Their findings,  published in the British journal The Lancet Diabetes & Endocrinology, determined that low-carbohydrate diets “led to significantly greater weight loss” than low-fat ones.

Reports Mother Jones, those who were assigned low-fat diets tended to lose a small amount of weight compared to no-change-in-diet control groups. However, those cutting carbohydrates from their meals delivered better results thanreducing dietary fat.

This isn’t the first study concluding a fat-based diet to deliver health benefits. Just last month, it was reported that a high-fat, low carbohydrate diet could be the key to naturally healing schizophrenia.

Diets high in refined sugar – which are, unfortunately, becoming the norm indeveloped nations – are likely contributing to many diseases of affluence, and that’s exactly what this next study suggests.

The study, led by Robert Lustig – a longtime sugar critic and a pediatric endocrinologist at the University of California, identified 43 kids diagnosed withobesity and metabolic syndrome – defined as a cluster of conditions associated with the risk cardiovascular disease and type 2 diabetes – and changed their diets.

For ten days, the kids were served catered meals with caloric amounts equivalent to their previous diets but with all foods with added sugars removed; they were instead replaced with starches. Their overall sugar intake went from 28% to 10% (naturally sweet foods, like fruit, were allowed).

The results were summarized by Lustig in an op-ed:

“Diastolic blood pressure decreased by five points. Blood fat levels dropped precipitously. Fasting glucose decreased by five points, glucose tolerance improved markedly, insulin levels fell by 50%. In other words we reversed their metabolic disease in just 10 days, even while eating processed food, by just removing the added sugar and substituting starch, and without changing calories or weight. Can you imagine how much healthier they would have been if we hadn’t given them the starch?”

Robert Lustig has long touted that all calories are not created equal and thatsugars (especially from processed foods like sodas, candy, etc…) do more harm than calorie-equivalent amounts of fats, starches, and complex carbohydrates.

His latest study may not be conclusive, as the team he led did not include a control group, but it is suggestive that diets high in refined sugar contribute to obesity.

All in all, both studies reinforce an emerging consensus that good fats play an important role in a healthy individual’s diet, and that foods that include refined sugar should be limited for optimal health.

Thanks to True Activist for this article and featured image