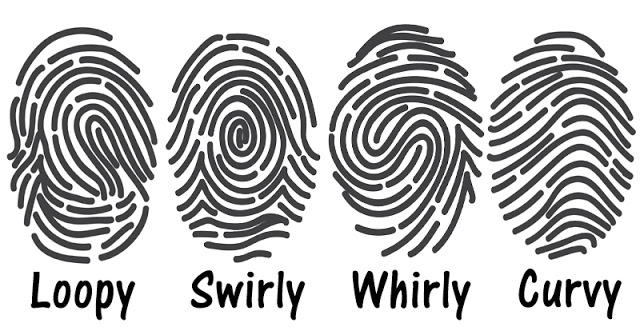 The scientific study of fingerprints is called dermatoglyphics. It’s such a precise science, that fingerprint patterns can actually be linked to distinctive character traits and behavioral patterns. Take a look at this comprehensive guide to fingerprints and the personality types associated with them: 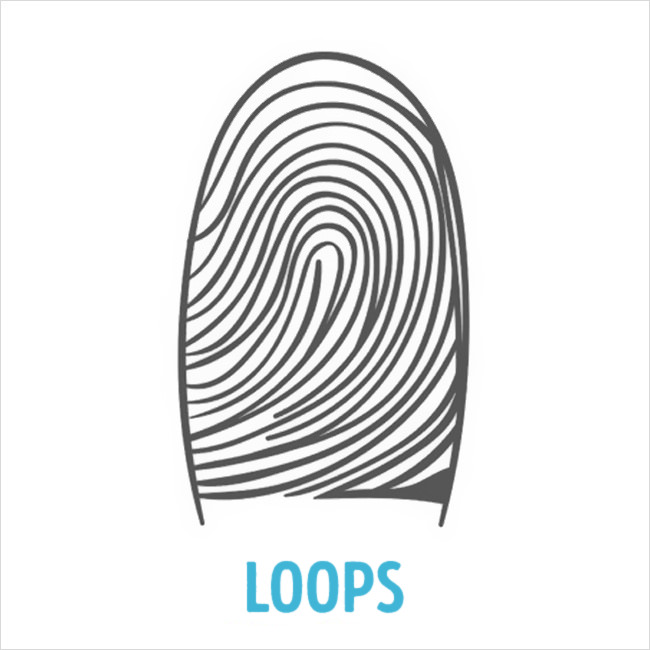 Loop fingerprints are common to the peoples of Europe. They also usually correspond with a calm and balanced personality. In fact, people with loop fingerprints tend to be sympathetic and attempt to help others when they can. In addition, they befriend people quickly. The downside to their personality is that they can lack initiative.

They are both openhearted and emotionally predictable, and tend to have excellent health. They can’t stand work that’s boring and have a strong imagination. Some may even call them “starry-eyed”.

Ulnar loops are shaped like a waterfall that flows towards the little finger with triangular points. People with these patterns are gentle, observant, passive, love sticking to a schedule, but also enjoy going with the flow.

Radial loops are the opposite of ulnar loops – they flow toward the thumb rather than the little finger. The people who have these are characterized by independence, clever thinking, a fondness for questioning and criticizing,  egocentricity and going against the grain. 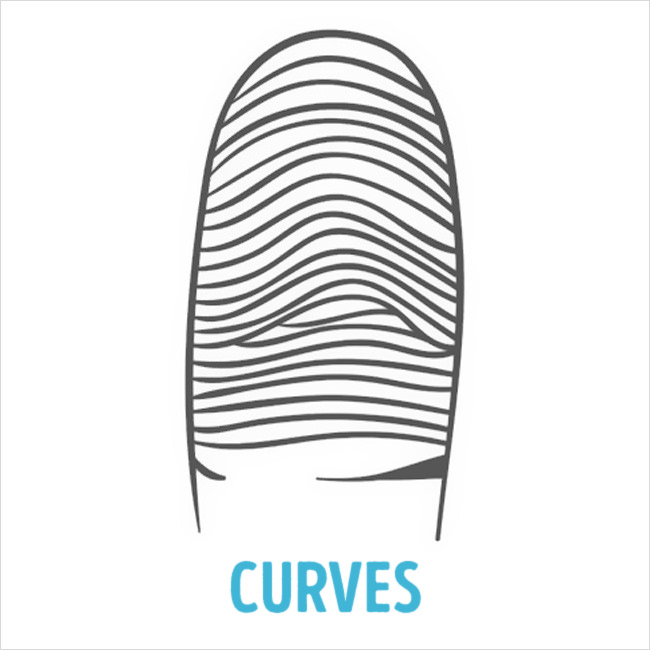 People with curved or arched fingerprints are notable for their energy and confidence. In fact, their confidence shines through in everything they do – from their posture, to their manners and movements. Sometimes, they border on stubbornness – they’re definitely not the type to change their minds and any decision they make is all but final. They think concretely and have trouble adapting to changing environments or listening to others’ opinions.

They place high value on art and music, and their body language tends to be very expressive. When they’re going through a troubled time, they like to keep busy and occupy their minds with something to do. Last but not least, they’re extraordinarily loyal, and will never give up on their friends.

Simple arch patterns are hill-shaped with a curved top and no visible triangulation. People who have these fingerprint patterns are normally hard-working, introverted and cautious. They also tend to follow the correct steps in a procedure and don’t like taking risks.

Tented arch patterns, as their name suggests, are shaped like the top of a tent. Those with tented arch fingerprints tend to have extreme personalities, being very welcoming and outgoing on one day, followed by being closed and shy on the very next. They aren’t afraid of challenges or obstacles and are also very creative, but sometimes their impulsiveness is a hindrance to them. 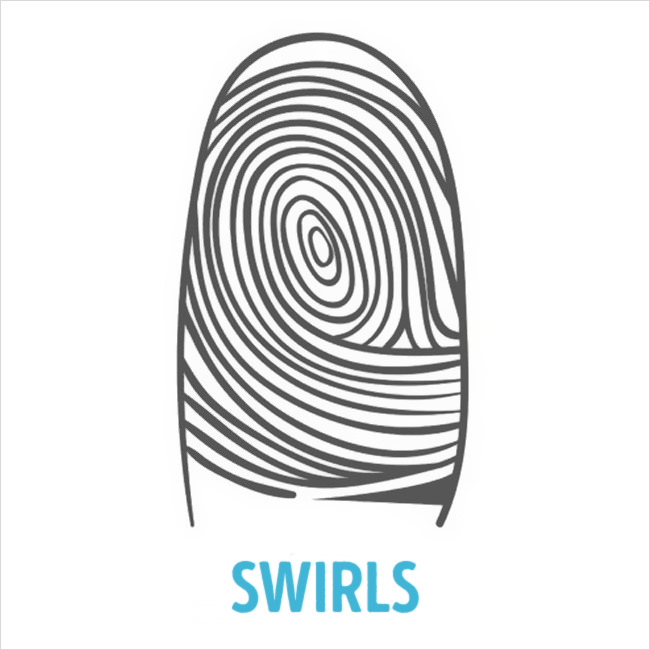 Swirled or whorl-patterned fingers usually belong to people with a short fuse. Although they may fly off the handle from time to time, they’re not the type to hold grudges. They tend to be naturally gifted, quick to grasp things, and analyze their surroundings in depth. Furthermore, they actively seek out solitude and need their space for self-reflection.

On the downside, they tend to start jobs with enthusiasm then lose interest half way through and give up. Their combustible nature means they can be unpredictable and hide their true feelings and thoughts. Occasionally they can become dissatisfied with themselves and doubtful of everything and everyone in their lives.

Concentric whorls consist of lines starting from the center of a small circle that expands outwards. The lines on the fingertip appear to be a complete circle with two triangular points. People who have concentric whorl fingerprints tend to be self-centered, competitive and goal-oriented. They don’t like to be controlled.

A spiral whorl consists of a spiral pattern that starts from the center of the finger and widens outwards. This pattern also features two triangular parts. People with spiral whorl fingerprints are usually highly self-motivated, and benefit greatly from encouragement by their parents when they are children.

A press whorl is similar to the previous two patterns, only the circular shape is elongated into an oval. Individuals with this fingerprint pattern are ambitious, competitive, highly attentive to detail and can stick to a budget. They can’t stand losing to anyone.

An imploding whorl can be described as a Tai Chi-like pattern in the middle of the finger surrounded by outlying circles. Men and women with imploding whorl fingerprints are great multi-taskers and are very self-conscious.

This pattern is the same the one above, only differing in that outlying circles surrounding it. People with these fingerprints are highly adaptable, can think from different perspectives and communicate well. They also make decisions in accordance with their environmental circumstances and tend to get distracted very easily.

This pattern is named this way due to its uncanny resemblance to a peacock’s eye. The center consists of a circle or spiral, with the end of each ring being connected in a straight line. Two triangular points also form part of this pattern, one of which is further away from the center than the other. Peacock’s eye patterns usually belong to people who are expressive and highly perceptive. They tend to be artistic and have innate leadership qualities.

These rare patterns are non-conforming to any of the above types. This is because they often feature two or more whorls, ulnar loops, simple arches or two or more triangular points. Just as you might have guessed, people with these patterns are unique, and express themselves in a unique way too. Unfortunately, their expressiveness is sometimes misinterpreted as being offensive or creates a misunderstanding.