Some online sources define intelligence as the ability to acquire and apply knowledge, a definition that is quite close to that of wisdom. However, there is still a considerable difference between intelligence and wisdom. Intelligence has an aspect of “learning”, where an individual expresses some form of superiority to others in their capacity for understanding, creativity, logic, self-awareness and even problem solving among other qualities. Therefore, when a person refers to you as being intelligent, he or she is implying that you are special in terms of brain function and general conduct.

Many people have done extensive research regarding what makes people intelligent or the traits that most intelligent people possess; the conclusions vary, but only to small extents. It is important to realize that everyone has some level of intelligence and, through a lot of reading and application, everyone can grow his or her intelligence to high levels. Concisely, I am trying to tell you that you can grow your intelligence to the level that you become an authority and other people start quoting you.

Which of these traits do you have and which ones do you think you need to develop?

This will perhaps tick off everyone reading this article, but I am not one to argue against the facts. In 2012, a group of researchers conducted an investigation into children’s IQs and their risk of using illegal drugs. The results were a bit disturbing, because they suggest that the high school children who had a higher IQ were more likely to engage in illegal drug use compared to other high school children with a lower IQ. However, it is important to note here that the study did not state that those people who engage in alcohol or illegal drug taking become more intelligent, it is the ones with a high IQ that tend to get into drinking and drugs. Taking illegal drugs and excess alcohol will affect an individual’s IQ negatively.

They Know That They Don’t Know Everything

Have you ever been in the presence of someone who thinks they know everything and that they are always right? Such people sure have a lot to learn because the more an individual learns, the more he or she realizes that there is so much that he or she does not know. Highly intelligent people might have answers to more questions compared to other people, but they will hardly ever go around putting other people’s opinions down and trying to prove just how superior they are. Less intelligent people have the common problem of not knowing that they do not know everything, a trap that is so difficult to get them out of, and one that can be extremely annoying to those around them.

They Make Mistakes And Learn From Them

It is common to find people hurting because of a mistake they made a long while back, a quality that we often associate with certain personality types. However, it will surprise you to know that dwelling on a mistake is an indicator that the person in question might be lacking in high intelligence. This might seem like an insult to some emotional people but that is hardly the intention. Intelligent people always strive to learn as much as they can from their mistakes and move on. Although Thomas Edison’s teacher in his early years thought that he was “too stupid to learn anything,” we look back at him as one of the greatest inventors of the 1800s. He regarded his 1000 failures at making a light bulb into 1000 different ways of not making a light-bulb, and then eventually made the light bulb.

They Adapt With Ease They say that you cannot teach an old dog new tricks, and that is the same attitude that less intelligent people walk around with. To the greater extent, all human beings must strive to hold on to the moral standards and codes of conduct that the earlier generations set for us, but we can always look into ways of improving the lives that we live. Highly adaptable people can live and excel in any environments they find themselves in, and they do so without compromising the standards and principles that make them who they are. Having the ability to adapt to any situation is a sure sign of high intelligence and one that suggests success is attainable regardless of the scenario a person finds oneself in.

They Are Problem Solvers

Jimmy Johnson, the Hall of Fame NFL coach once said “Success happens when opportunity meets preparation,” a quote so true that highly successful and intelligent people naturally live by it, some without even knowing it exists. People who believe in luck and live hoping that the next day they will get better luck often do not achieve much, and such people do not fall into the category of the highly intelligent. Intelligent people are problem solvers and it is common to find them attracted to problems that other people think do not have solutions. Intelligent people analyze every situation they come across and apply the knowledge they have to tackle them. There are those who dream about becoming a millionaire via the lottery, then there are those who go out and become millionaires on their own.

They Have An Open Mind

Open-mindedness is one of the most obvious traits of a highly intelligent person. An open-minded individual is one who is willing to try out new things and to listen to new ideas regardless of what he or she has grown up knowing. Open-minded people give deep thought into what people of contrary opinion and belief have to say, and if they find the contrary opinion to be right, they can easily cross over. Open-minded people have the ability to learn much more than a closed-minded person, which is the reason why an open-minded person will more often than not have a higher intelligence compared to people who cannot open themselves up to new ideas and ways of thinking.

They Have High Self-Control

King Solomon, the wisest man who ever lived, said “A person without self-control is like a city with broken-down walls” in one of his proverbs. This saying makes a lot of sense when you think about it in his context, a time when the best defence that a city would have was an impenetrable wall. An individual who lacks self-control gets to engage in some of the most obscene of behaviors, activities that lead to destruction. High intelligence is not just about knowledge but it is more so about the application of knowledge. Highly intelligent people will not always engage in activities that the rest of the less intelligent ones will, especially in the areas of relationships, drugs, forms of entertainment, violence and the like. 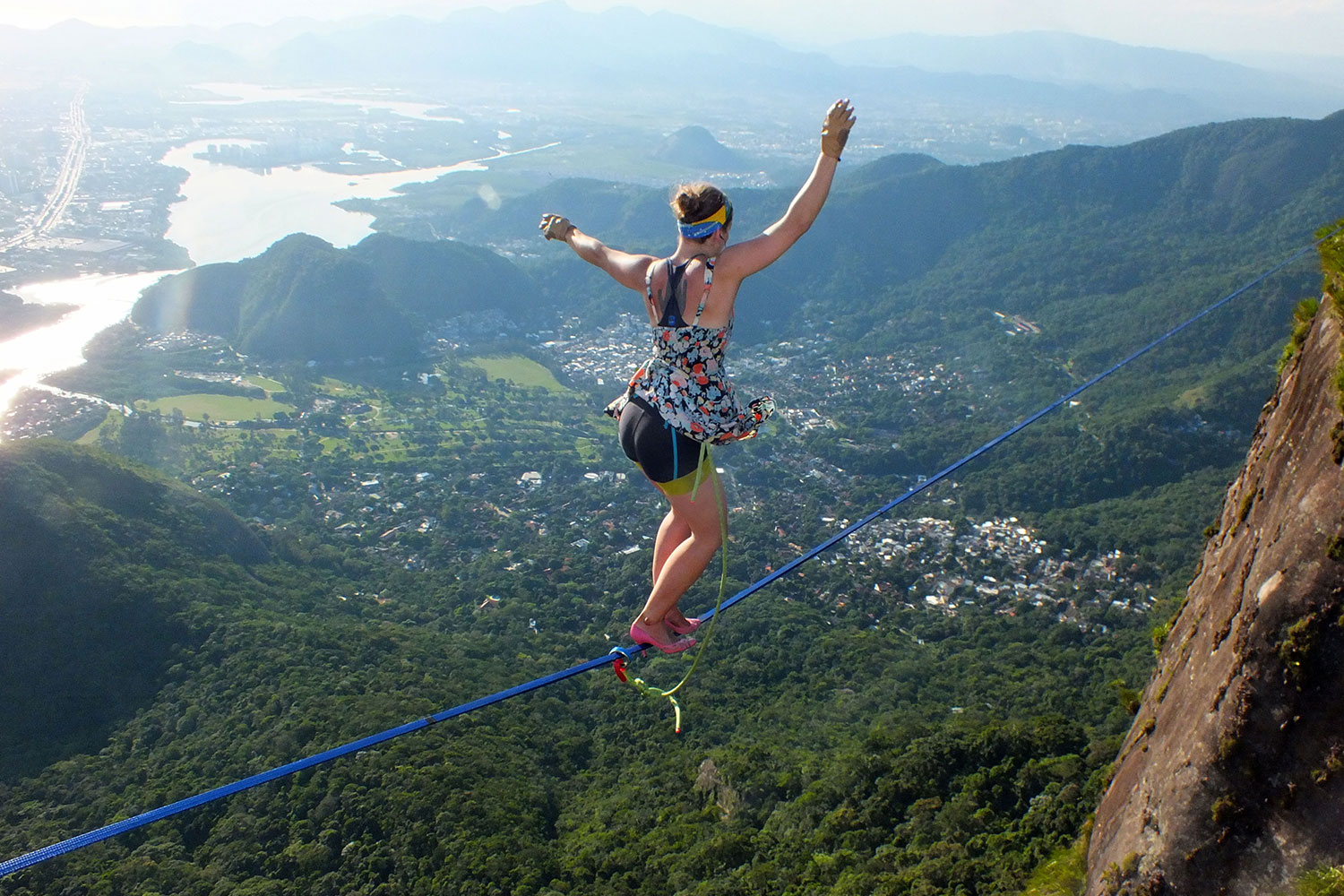 Have you ever heard of people who blew away all their money on a series of bets or on a single bet? Such people do not know how to calculate their risks and are lacking in intelligence. Taking a risk is not a bad thing; actually, people who never take risks usually live extremely boring lives. The difference between an intelligent person taking a risk and one that is not so intelligent taking a risk is the amount of time, research and calculation that he or she invests before taking the risk. Although many intelligent people in the past have fallen into bankruptcy many times, they always rise up to prove that their ventures were well worth the hustle. When intelligent people fall, they get right back up again and eventually their persistence pays off.

Whether you believe it or not, pride always comes before a fall, and intelligent people know this too well. Intelligence dictates that it is better for a person to be moved from the back seats to the front because of how important they are, as opposed to being sent to the back because they were sitting on someone else’s reserved space. Humility is not letting other people trample over you, it is more of knowing that you do not need to prove your value to anyone because you perfectly understand who you are. A person of great humility is without a doubt one of great intelligence.

They Enjoy Their Own Company

This is not to say that all the loud and outgoing people who are always in the company of others are less intelligent, it just means that the very intelligent people enjoy and make good use of their alone time. It is often hard for someone to think much if he or she is always in the company of people who never encourage him or her to strive to become better every day, yet intelligence dictates bettering oneself on a regular basis. Most inventors who came up with the inventions that the majority of people take for granted hatched the ideas, came up with the concepts and applied their concepts in the privacy of their work-space. 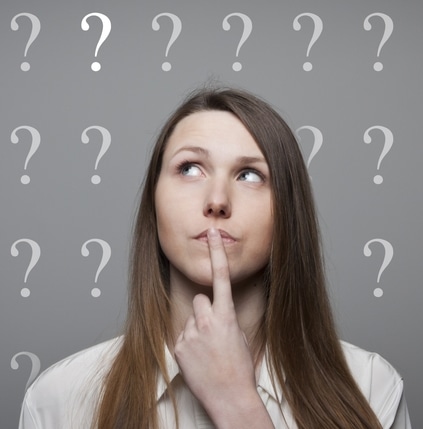 Do you find those children who ask so many questions about anything and everything to be annoying? Some of these children grow up and become adults who are very curious about everything and want to take a special interest in things that the rest of us consider ordinary and worth nothing more than the minimum attention. However, one thing you should know about those children and the adults they become is that it is likely that they are highly intelligent. Although they say that curiosity killed the cat, we owe all the technological and all other advancements to people who dared to ask questions and look for answers.

They Disagree With People

Disagreements frequently arise because of a misunderstanding between people, and this will usually be the case between a highly intelligent person with one who is not so intelligent. Intelligent people see things from a different perspective compared to the rest of the world, a situation that causes the two groups to collide. Intelligent people will often question trends and customs that most other people hold strong to, and the questions they ask might rub off on the conventional thinkers in the wrong way. If a friend or relative regularly gets into disagreements with other people, the problem might not be that he or she is stubborn; he or she might just be too intelligent for the people around him or her.