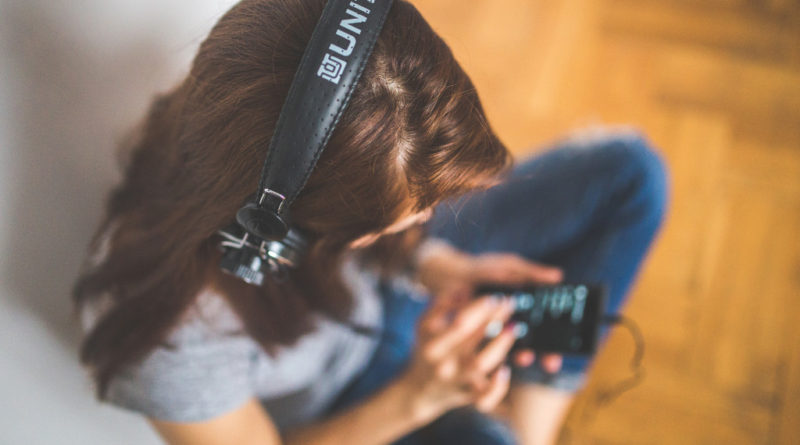 “She’s so outgoing! But what a shy sister she has.” We throw around personality judgments all the time, and the bulk of them are totally untrue to life. When you take the time to learn the complexities behind how others really behave, it can help you learn more about you! Are you falling for these mega-myths about personalities?

Stereotype 1: You’re either an introvert or you’re an extrovert:

Personalities are much more varied than just being so-called “sociable” extroverts or “keep-to-themselves” introverts. Meet the “ambiverts,” who fall somewhere in between depending on the situation. There’s a good chance you’re one of them—ambiverts make up an estimated 40 to 68 percent of the population.

“[Many people] have elements of both personalities and it’s contextually driven,” Psychology Advisor and “Smart Thinking” author Art Markman, Ph.D. says. “A lot of our behavior is an interaction between the person and the situation.”Makes sense! If you’re on a tight deadline, you may play introvert for the day, locking yourself in your office. Then when your team completes a huge project, you may join your coworkers in celebrating (who cares if it’s midnight on a Monday?).Of course there are those unwavering personality types who act the same no matter what the situation. The extrovert who keeps gabbing despite a tight deadline. The introvert who forgoes celebrating a job well done, so she can page through her latest read that night. If you always do your own thing despite what else is going on, chances are you’re a true introvert or extrovert.

Stereotype 2: It’s better to be an extrovert.
American culture celebrates extroversion, but actually, one of these personality styles won’t make you more successful than the other. “People who are extroverts aren’t doing any better psychologically,” Markman says.

In fact, what’s more predictive of your success is how well you can adapt your work environment and overall lifestyle to your needs and wants.“It’s always fun to try something new and push yourself out of your comfort zone, but on a day-to-day basis you want to be living as much as possible [in line] with your personality,” says Markman.

That means if you’re an extrovert, you excel in careers where you can exercise “social proactivity,” actively engaging others for the benefit of your work, according to organizational psychologist Kevin Meyer, Ph.D., an International Consultant for Hogan Assessments. “If you uncover an interesting idea the team would benefit from knowing, you get up out of your chair to pull in team members and pitch the idea,” explains Dr. Meyer.

Introverts tend to choose social reactivity instead of proactivity, meaning they wait for the right circumstances to arise, rather than seeking them out. “The socially reactive person is likely to keep [a new idea] to themselves. If they happen to be in a meeting that touches tangentially on the topic they may pony up their suggestion or discovery,” Dr. Meyer says. “Or the way they’re going to let other people know about it is through email, instead of getting up out of their chair,” he adds.

There’s definitely a communication style difference, but both introverts and extroverts can excel in work environments. For the most part, people tend to gravitate toward certain jobs that fit their personality best. People who score very high as extroverts are most successful in sales positions, Dr. Meyer says, or people management. Introverts can be leaders as well, though they tend to lead in more tech-y or numbers fields that are often less socially taxing. If you’ve read about Apple, you’ll know that co-founder Steve Wozniak thrived as an introvert, while Steve Jobs helped bring Apple to the people with his extroverted (albeit multifaceted) personality.

In other areas of life, if you weigh the pros and cons of extroverts and introverts, you won’t reach a conclusion on which is better.But because Americans tend to think extroversion is ideal, sometimes introverts try to force their personality into a more outgoing direction. But drastically changing your personality may cause unease.

According to personality psychologist Sam Gosling, Ph.D., it could be stressful for introverts to force themselves to be in big groups all the time. If you are a true introvert but feel like you’d like to become more sociable, make small adjustments in your life. “You can change behaviors, not personality,” says Gosling. So you may make a special effort to go out with friends once a week, if you want to be more sociable despite your personality.

Extroverts may be prone to health problems of a different sort. They seek thrills and risk taking, according to Gosling. High-scorers on Gosling’s Ten Item Personality Inventory are “easily bored without high levels of stimulation.” Translation: They tend to be thrill-seekers, and may be more impulsive.

“The issue with impulsivity is there’s some relation to extroversion,” Dr. Markman says. Psychologists and physicians have long linked certain extroverted types with impulsive tendencies. And impulsivity may make you vulnerable to more health risks, due to a greater tendency to try dangerous activities, act without considering the future (i.e. a burger and fries sound good now, but they won’t help your heart health later), and use—or abuse—substances.

Stereotype 3: If you’re an introvert, you’re shy:
Introversion and shyness are different. “Introversion is not a social phobia,” Markman says. Introverts don’t necessarily fear social situations, like a shy person might. There are actually many types of introverts. Research presented at last year’s Society for Personality and Social Psychology convention identified four different domains of introversion: a preference for solitude (social); a tendency toward introspection or imagination (thinking); shyness or rumination (anxious); or avoidance of sensation and excitement (inhibited)..“We certainly have a stereotype of the introverted person that sits there all alone in a room. [Introversion] doesn’t mean that you like to be alone, but that you don’t like to be the focus of attention in large social settings,” Markman says.

Introverts tend to feel over-stimulated around others, while extroverts require more interaction to get that same level of arousal. As a result, extroverts end up thriving more off the energy in social settings.And to complicate things further, it’s possible for an introvert to be more socially agreeable than an extrovert. As a result, an introvert may have more quality relationships than the extrovert who has a bunch of superficial interactions because they aren’t as amicable when it comes to investing in long-term, quality friendships.So next time someone pegs you as an “extrovert” or “introvert,” you can give them a little rundown on Personality 101. Talk about a conversation starter!